The Unquenchable Thirst For War 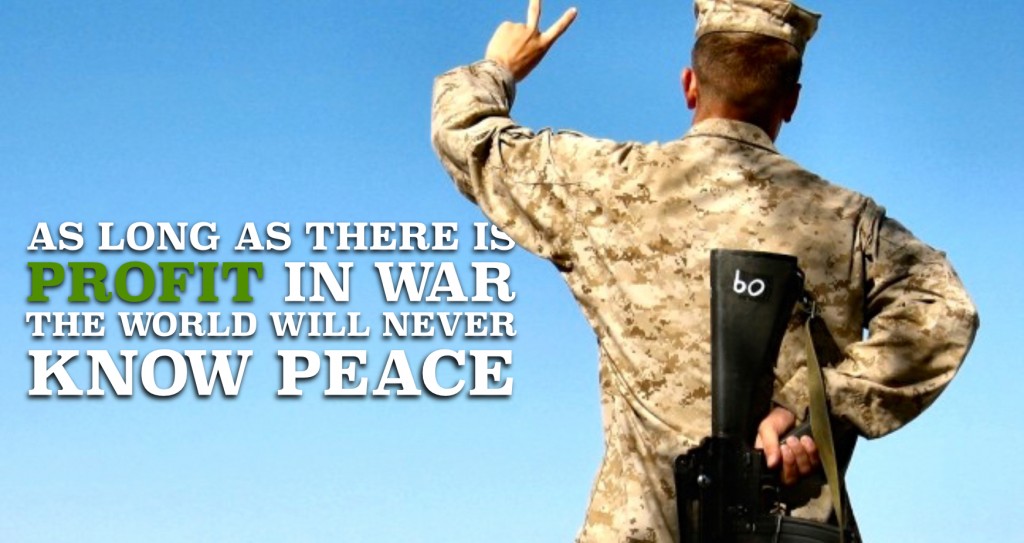 Perhaps never in the history of humanity have a people been so utterly unaware of themselves being at war. When considering David Cameron’s legacy the Spectator claimed “he is likely to be seen in the front rank of peacetime Tory premiers.”[1] The Financial Times and Guardian refer to the previous Tory LibDem coalition as “The first peacetime coalition since the 1930s”[2][3] The labour party claim he oversaw the “lowest level of house building of any peacetime Government since the 1920s.”[4] Despite being the de-facto Commander-in-Chief of the British Armed Forces involved continuously in wars throughout his premiership Mr Cameron himself refers to his time as “peacetime”.[5] The current wars are as well much more aggressive than most conflicts Britain has been involved in during the previous few decades, yet despite body counts reaching to hundreds of thousands—by many estimates, millions—no one standing behind the guns seem to appreciate or admit they are at war.

The aggressor governments have mastered the art of deceiving their public; euphemisms shield the reality and the media rarely question the ethics of the killing. Promises are made not to deploy “troops on the ground” and the public, having lifted their heads from the pillow just enough to notice another war front opening up, go back to a peaceful sleep with the knowledge that it is only other people who will be killed. The peoples of the aggressor nations are the last to experience conflict but when anything does hit home there is shock at the “injustice” and “incredulity” of the motive; while their armies continue with increased vigour over newfound justification to ravage lands out of sight beyond the horizon.

Even the fighters struggle to know they are fighting, drone operators burn out from the confusion of living safely at home with their family while killing people by remote control thousands of miles away,[6] knocking back happy pills to get through another 9 to 5 with a kill ratio of 28 civilians to one targeted combatant.[7]

Consider the superpowers of the USA, China and Russia and lesser powers like the UK and France and note that none have experienced war on their core soil (other than around their previously colonised periphery) since WW2 but one or other have been at war pretty much continuously since then. All the wars have been fought for control over other nations, with the foreign soil as battlegrounds not their own, with foreign people becoming the innocent victims of “collateral damage” or given legitimacy as targets by labelling them insurgents or terrorists if they resist. It looks almost as though the total destruction of the country and people being fought over is of no consideration to the aggressors, which is no surprise if what they are after is safely underground: tin in Vietnam, uranium in South Sudan, gold anywhere and oil everywhere. Routes for pipelines need to be cleared anyway but the more destroyed the infrastructure the more dependant any surviving inhabitants will be on the eventual victor who will portray themselves as their protecting friend and helper. That is not to mention the astronomical profits some make from the economy of perpetual war and bloodshed itself.[8]

Bad enough to be in the crosshairs of one superpower on the make, bad enough to be under the boot of one dictator, but Syria now is experiencing the perfect storm, having two superpowers and their coalitions, a murderous dictator, infighting rebel factions and ISIS all demanding allegiance and all rushing to pull the trigger on whoever opposes them.

Looking just at the area controlled by ISIS gives an idea of the people’s plight. It is proving hard to estimate the number of ISIS fighters with figures ranging from 9,000 to 200,000, it could be reasonable to suppose it is fewer than 100,000.[9] This is for an area with a population of approximately 6.5 million, in other words 98.5% of the people on the ground are civilians who are forced to fly the flag of their new ISIS masters or be killed by them. That flag is then all the justification needed for the USA or Russia to kill them if ISIS has not already. The air forces of the USA, Russia, the UK, the Nederlands, Belgium, Australia, Canada, France, Jordan, Saudi Arabia, UAE, Qatar, Morocco, Bahrain, Iran and Turkey[10] been dropping bombs both guided and unguided onto the 6.4 million Syrian and Iraqi civilians unfortunate enough to be living in the area of ISIS. In these attacks official estimates claim 15,000 ISIS fighters have been killed while the tally of civilian casualties stands at 2. That would be quite something when much more intelligence led and pin pointed drone strikes can boast of only a 28 civilians to 1 targeted combatant kill ratio. Muslims agree that ISIS is a disease, but in no sense is it good medicine to kill the patient to beat a disease.

Far from being concerned about the moral right of the UK to bomb another nation that has not attacked us, with the inevitable civilian deaths that would result, the Defence Secretary Michael Fallon now claims it would be “morally indefensible” not to drop bombs across Syria in addition to his almost forgotten Iraq bombing.[11] Having learnt the dangers of “sexing up” dossiers the government now does not even bother trying to build a case with evidence, rather the only reason he could bring was to protect the streets of Britain against a repeat of an attack in Tunisia by someone who had never been to Syria. The BBC, supportive as ever to the government’s case for war, already brings up the Russian plane crash which might or might not have been caused by an internal bomb from a group who too hastily claimed to have shot it down. Though with ISIS and/or people claiming to be ISIS conveniently claiming responsibility for everything from the Talk Talk hack[12] to Chelsea’s disastrous start to the season,[13] in fact someone claiming to be ISIS has helpfully admitted that (to paraphrase slightly) “Everything is our fault unless you can prove otherwise”[14] so there is little doubt the investigation will come to a conclusion that calls for more war. As Mr Fallon says, “This is a new parliament, and we are continuing to work to build a consensus that would give us the authority to strike at the heart of ISIL in north-east Syria,” A more morally secure approach might be to conclude that if it is not self-evidently necessary to bomb a 98.5% civilian populated area one should not twist people’s arms to do it.

Even if the eagerness for bombing or the ever shifting and barely proven justifications do not worry a moral person at least the result should. The giant tornado like force of the Western led coalition is roving across the Muslim world, setting down from place to place on various flimsy pretexts and to a lesser or greater extent wiping away the civilisation that was there with almost no acknowledgment that real human beings are being slaughtered by the process. Fighting an aerial only war which everyone agrees prevents outright victory, while the resistance, which will inevitably form among the survivors on the ground, will ensure the continuation of the conflict as shown by the increase in ISIS conscripts since the bombing campaign begun.[15] This could continue for as long as the Western governments want it to continue and it is shaping up to be the method of war to end all peace.

Those escaping from this hell like scenario are lining up on the borders of Europe and are called “economic migrants” to distance them from people’s conscience. Xenophobes tell them to seek sanctuary in Muslim nations instead but can anyone predict which will be safe? Recent history shows all that is needed is a few masked men to raise an ISIS flag in a country (updated from claimed “links to Al Qaeda”) to have eyes turned blind to all the war machinery of the “civilised world” heading that way. They are forced instead to risk death to reach the countries that participate in war but don’t experience it. When they arrive, the final insult: they find Islam being blamed for the destruction being wrought on the once beautiful homelands they would have much preferred to stay in.

It is a bit late to realise that if you destroy a people’s home they will look for somewhere else to live; a bit late to worry about the growing number of Muslims and the influence of Islām in Europe. But they did not know Allāh is the best of planners.

There is never anything better for Muslims than to return to their religion for guidance. Striving for justice while maintaining uprightness, patience and perseverance from the remembrance that Allāh’s will is the only unstoppable force.