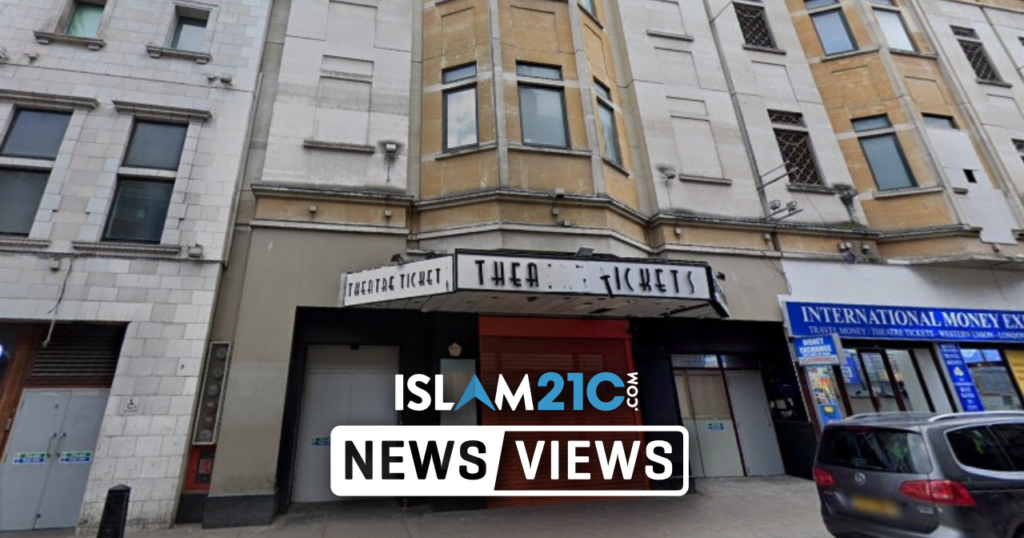 The Aziz Foundation have submitted a planning application for a prayer space/mosque in London’s iconic Trocadero building at Piccadilly Circus.

The Piccadilly prayer space will accommodate the needs of Muslims in the centre of one of the most diverse cities in the world, where there is currently a significant shortage of space.

The charitable family foundation, which supports British Muslims through their scholarship programme, has proposed a transformation of the West End landmark, which has been derelict since 2006.[1]

The foundation was established in 2015 by property giant Asif Aziz, who founded the property company Criterion Capital and in 2005 bought the London Trocadero and Piccadilly Hotel for £225 million.[2]

His foundation’s scholarship scheme provides a great opportunity for aspiring British Muslims that wish to change perceptions around Islam and facilitate better representation of Muslims, helping to bring positive change to their communities and beyond.[3]

Local residents have been offered open days and are said to have been consulted for several months. There were reportedly few to no objections to the proposed prayer space. However, there has been a sudden increase of objections on the council’s website, rising to the hundreds, largely after the publication of an article by Breitbart News, an American far-right website.[4]

The increase in objections, allegedly following this misleading and deceptive article, has exposed a well-orchestrated campaign to demonise Muslims and their day-to-day activities by hijacking of the planning application and purportedly mobilising objections.

Individuals alongside a number of media and right-wing organisations have further fuelled this sentiment though misleading labels such as “mega-mosque” and “1,000-space mosque”, whilst misrepresenting the much-anticipated prayer space through exaggerated imagery.

The Foundation maintain that the new prayer space will help offer prayer space in a location where there is “a significant shortfall in places of worship”.

A spokesman for the foundation said:

“This over-capacity causes many individuals to pray in hallways, stairways, and even outside on the street”

Other residents said that the currently vacant Trocadero “has been unused for many years so it’s great to see the space will be put to good use” and that “this application will bring this building in a use that will serve the wider community”.

The application has now received over 1,500 comments on Westminster City Council’s website.

The Breitbart News Network is an American far-right website established in mid-2007 by two Jewish-American best friends following a trip to Israel together.[5] They are well known to reportedly publish intentionally misleading stories and conspiracy theories which allegedly expose their ideologically driven and racist views.

This article will not delve into the history behind organisations that make many allegations and preposterous statements, as they do not deserve attention or a scientific rebuttal. However, there is important and insidious deception that must be corrected whilst supporting the excellent work being carried out by the Aziz Foundation.

Firstly, much of the objections have exposed the misinformation spread surrounding the prayer space. The Aziz Foundation’s proposal does not suggest a “mega-mosque”, and in fact the prayer space will use only a small part of the basement of the Trocadero. It will only be open between 11am to 7pm, Monday to Friday.

The 'Trocadero to become a mosque' story is misleading. @BreitbartLondon give the impression that the Piccadilly Circus site will become a "mega-mosque". https://t.co/XKGr7qtBlZ In fact, this is the façade which the @AzizFndn want to improve – and that would be a good thing. pic.twitter.com/a687hRlIkc

The Aziz Foundation has stated that the proposed Piccadilly Mosque will actually take up less than 1.5% of the entire space of the Trocadero. They further added that:

“The estimated usage of the building is typically expected to be less than 100, except for the Friday afternoon prayer, which will attract near capacity attendance.”

“The Piccadilly Mosque will be a great addition to the area, adding diversity as well as boosting it economically. It will provide an indispensable service for the thousands of Muslim workers, visitors and residents who need to pray and cannot find facilities in the area. Regular prayer is very much part and parcel of a Muslim’s life.”

Media outlets and organisations such as those involved in the misrepresentation of the Piccadilly Mosque write only to instigate suspicion and promote fearmongering. These outlets have proved to lack the basic requirements and conditions for accurate journalism and truth in reporting, whilst exposing their desire to demonise Muslims.

How You Can Support this Application

To leave support, (the process should take less than five minutes):