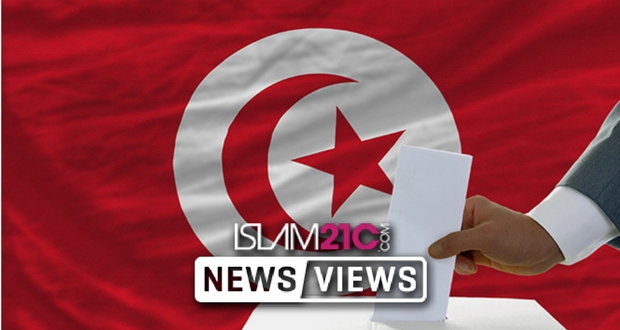 Tunisia’s Ennahdha Movement has claimed victory in the country’s first free municipal elections, since the 2011 revolution. According to the marketing research company Sigma Conseil, exit polls indicate that the Party is ahead with 27.5% of the vote, leaving its rival, secularist Nidaa Tounes Party in second at 22.5%.[1]

On Sunday, Tunisians headed to the polls for the country’s first fair and free municipal elections since the toppling of the Ben Ali regime seven years ago. Voters casted ballots in all the country’s 24 governorates, taking the country a step forward towards success in its democratic transition. The local elections, enshrined in the new constitution and one of the demands of the revolution, was delayed four times due to political, logistical and administrative reasons. The elections are touted as another milestone on the road to ridding the country of the legacy of western colonialism, the first tangible steps towards democracy, decentralisation and the fight against corruption.

“Today is a victory for all of Tunisia, for the policy of consensus and cooperation, for hope and unity. It is only a defeat for voices of exclusion, polarization and chaos.” [2]

The Ennahdha Party is a Tunisian political Party with an Islamic frame of reference. The Party was established in 1981, however, only received official legal status in 2011 following the Tunisian Revolution. During the 2011 elections, which saw the formation of the Tunisian Constituent Assembly, the Party won a landslide of 37% of the votes and formed a government. The Party then came in second place with 27.79% during the 2014 Parliamentary elections.[3]

Tunisia has been hailed as the only success story amongst the Arab Spring, being the only country that overturned a long-standing autocrat without entering into major chaos. Despite that, there has been a public disenchantment with political life, as a result of the destabilising corruption that has now become an endemic confronted by the public in everyday life. This can be seen through the voter turnout, especially amongst the youth. According to the Independent High Authority for Elections of Tunisia, the voter turnout rate was 33.7%.[4] This may suggest a lack of trust amongst citizens following political and economic struggles as Tunisia’s unemployment rate remains around 15.6% of the labour force.[5]

The decentralisation process of the Municipal elections will completely transform politics in Tunisia, allowing citizens to become more influential, and directly contribute in the decision-making process. Despite the low turnout, there remains hope that the youth will now be at the forefront of the democratic transition in Tunisia. The electoral law which mandates youth representation in elections meant that 52% of candidates in the Municipal elections were under 35 years old. [6] With the 2019 Parliamentary and Presidential elections on the horizon, the youth are the key to stabilising and consolidating the country’s democracy, in a region which is rife with turmoil.