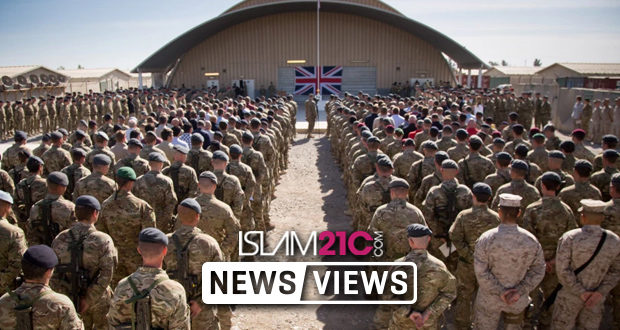 The High Court ruled on Thursday that the Ministry of Defence had breached the Geneva conventions and the 1998 Human Rights Act while detaining Iraqi civilians after the 2003 invasion into Iraq. The Court also ruled that British troops also breached the Geneva conventions after subjecting Iraqi civilians to cruel and inhuman treatment by ‘hooding them and taking turns to run over their backs’.[1]

The International Criminal Court’s chief prosecutor Fatou Bensouda said on Monday that there is a “reasonable basis” to believe that some British soldiers committed war crimes after the US-led invasion of Iraq.[2]

This follows 331 claims against the Ministry of Defence in which £22million was paid out to victims and their families at the end of 2016.

There are a further 628 unresolved claims against the Ministry of Defence in what is known as Iraqi Civilian Litigation, which lawyers said last week’s test cases could form the basis of settlement for.[3]

Despite hundreds of claims of abuse and illegal detention by British troops, including “the gratuitous infliction of pain and humiliation for the amusement of those who perpetrated them”, a Ministry of Defence spokesperson insisted that:

The court also found that two Iraqi merchant seamen had been subjected to forced nudity, sexual humiliation and torture.

In contradiction to the Geneva conventions, it was also found that the Ministry of Defence operated on a policy of detaining individuals as prisoners of war unless it was certain they were civilians, rather than releasing them when there was no proof they were combatants.

Kamil Najim Alseran was captured at his home at the end of March 2003 during the advance on Basra by British forces, the judge awarded £10,000 for ill-treatment following his capture, and £2,700 for 27 days of unlawful detention.

Abd Al-Waheed was arrested in a house raid carried out by British soldiers in Basra city in February 2007. The judge ruled his compensation be based on the inhuman and degrading treatment which he suffered encompassing harsh interrogation, being deprived of sleep and being deprived of sight and hearing, and his unlawful detention for 33 days.

The case appears to have received very little coverage in most of the British press.

2017-12-18
+Editor
Previous: Dr Zakir Naik cleared by Interpol
Next: Is Your Islam Shaped by Others?