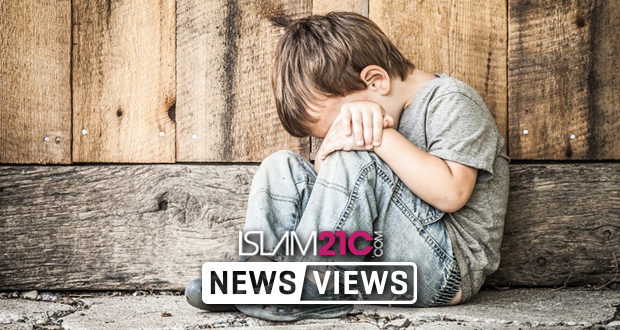 The North-West has been labelled the ‘poorest’ area of England for over 5 years in a row with studies showing rates of poverty, malnourishment and standards of living equal to that of those in developing countries such as Bangladesh and Ethiopia.[1][2]

In 2012, The Church Urban Fund compiled a list of parishes in the country and determined the ten poorest parishes in England were all in the North, nine of which were in the North West.[3][4]

Excepting inner London, the North of England had the highest concentrations of children eligible for free school meals.[5]

Only this week, journalist Daniel Hewitt investigated Primary Schools in the North of England to find:

“Primary schools with washing machines to wash children’s uniforms, where teachers charge parents’ phones who have no electricity, and give coats, shoes and food to their pupils. The GP is treating kids for rickets. This is the poverty we have found in the North West in 2017.”[6]

“Rickets is a softening of bones in children. It can lead to fractures and deformity. It is caused by the deficiency of Vitamin D and calcium. Children suffering from malnutrition are the primary victims of rickets,” A.K.M. Azad Choudhury, a leading child care specialist.[7]

Teachers, some of the most overworked and underappreciated professionals in our country, are taking the time and effort to feed, clothe, and offer basic living services – such as sanitation and access to electricity, to parents and children. They have taken it upon themselves to identify the dietary needs of their pupils who cannot afford breakfast, whilst we as a country simultaneously throw out £13billion worth of food in a single year.[8]

The Qur’ān speaks directly to the morality of food waste, as well as gluttony and excess.[9]

“And He it is who causes gardens to grow, [both] trellised and untrellised, and palm trees and crops of different [kinds of] food and olives and pomegranates, similar and dissimilar. Eat of [each of] its fruit when it yields and give its due [zakāh] on the day of its harvest. And do not waste, for He does not love the wasteful.”[10]

The reality of child poverty in our working families is appalling. With the admitted expenditure of £35.1billion on military ‘defence’ alone—read: involvement in international civilian slaughter—the onus on the government to concern itself with the lives of its population at home is ever more pressing.[11][12]

We are warned by the Prophet (sall Allāhu ʿalayhi wa sallam) of a time wherein wealth will be in excess but it will be the cause of our own destruction – in our essence and our action.

“By Allāh, it is not poverty I fear for you, but rather I fear you will be given the wealth of the world just as it was given to those before you. You will compete for it just as they competed for it and it will destroy you just as it destroyed them.”[13]

What greater destruction than to have the children of our neighbours trapped in poverty while we squander our wealth, our time and our services to that which will neither help us here or in our Hereafter.

Allāh’s Messenger (sall Allāhu ʿalayhi wa sallam) said, “The feet of a servant will not move on the Last Day until He is asked about four things: his life, how he spent it; his knowledge, how he acted by it; his wealth, how he earned it and spent it; his body, how he used it.”[14]

Also read: Wealth does not mean Allāh loves you

Previous: Ilan Pappé on Trump’s announcement
Next: When Your Deeds Are Weighed