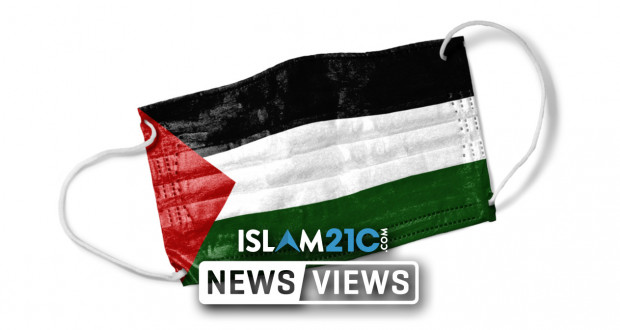 Amidst the recent escalation in violence in the Middle East, with around 250 Palestinian deaths – 66 of them children – British schoolteachers are facing anger from students, parents, and wider communities alike, after politicising what is at heart a humanitarian matter. [1] [2]

Teachers and schools are clamping down on pupils who express solidarity with the Palestinian cause at a time when tensions remain high and many thousands have been wounded in the Israeli military operations. The ironic twist behind the cases witnessed in recent days in the UK is that in barring students from openly offering their opinions, the schools themselves are further politicising the very thing that they are reprimanding students for.

A prime example can be found at Rochdale’s Oulder Hill Community School, where an audio recording was captured in which two female teachers are interrogating a Year 7 student, no more than 12-years-old, for apparently coming to school wearing a “Free Palestine” facemask. One of the teachers shouts down at the child, saying, “Do you know what, you don’t know me. I could be…my descendants could be Israeli Jews that Palestinians could have killed.” [3] [4]

The same teacher then quizzes the boy, “…what are your political views? Share them. Let’s hear them. What are they?” The other teacher interjects in a blatantly demeaning, if not aggressive way, asking the young student, “Do you actually know anything about it?” [4]

When the student replies that he is aware of babies and young children arbitrarily being killed by ‘Israel’, one of the teachers snaps back – “that’s not true.” They question his understanding of the issue and shortly afterwards order him to keep politics out of the school environment.

Fortunately, due to the viral spread of the audio recording, many hundreds of thousands of people have heard the footage. The school has launched in investigation as a result. Oulder Hill’s head teacher, John Watson, Chair of Governors, Barry Corless, and Governor Mohammed Shafiq released a statement, which sought to ease tensions.

“You may be aware of an amount of unrest amongst parents and in the wider community related to posts on social media and recordings/videos being circulated of a discussion between two members of our staff and a pupil related to events in Gaza.

“The Oulder Hill Governing Body would like to take this opportunity to reassure parents that an investigation is taking place into the events at school and the subsequent messages, videos, and audio that have been shared on social media and the circumstances. [3]

The difficulty here is that in Britain, schools are inherently political in nature. Specific topics, wars, events, and countries are covered in history classes, and the wearing of the poppy leading up to Remembrance Day and the two-minute’s silence at the 11th hour of the 11th day of the 11th month of each year is observed without fail. In addition, with the latest push in LGBT studies being forced down the throats of all pupils regardless of their views – religious or otherwise – schools in this country are becoming more and more politicised every year.

Yet the above is just one example of the latest in schoolteachers and schools taking action against students who support the notion that Palestine ought to be free.

Another example concerns the head teacher at Allerton Grange High School, Mark Roper, who argued that the use of the Palestinian flag by pupils might be seen by some to mean “a call to arms” or “a message of support for antisemitism”. Roper had reportedly released the video to head off possible tensions amongst students at Allerton Grange, but instead, many online accused him of Islamophobia after the video went viral.

Realising the effects of his words, Roper has apologised and backtracked on his remarks.

“I am deeply sorry that a particular example I used in that assembly, referring to the Palestinian flag, has caused such upset within the community. That was never my intention. The full message shared with students last week praised our students’ passion for their views and beliefs. It set out how we want to work through the issues highlighted with our students in an informed and respectful way.” [5]

In addition to the two examples noted in this article, there have been hundreds of other cases where students have faced consequences for speaking up about Palestine. Ilyas Nagdee, a former National Union of Students (NUS) students’ officer, said he has received almost 100 reports of young students being reprimanded after speaking in support of Palestine. Such punishments have included being referred to the government’s toxic ‘anti-radicalisation’ programme, Prevent, excluded, visited by police, or even being accused of antisemitism. [2]

Such cases have shed light on the state of British schools and their lingering racist attitudes that favour the Zionist state of ‘Israel’. Where schools ought to be safe spaces for political discourse, students are being unjustly punished and silenced. While schools continue to threaten young people for expressing their views, it opens the door to the same children finding other avenues in which to express their feelings.

One could make the argument that such schools are therefore failing in their duty of care by forcing children to feel silenced and thus further keen to speak up elsewhere.