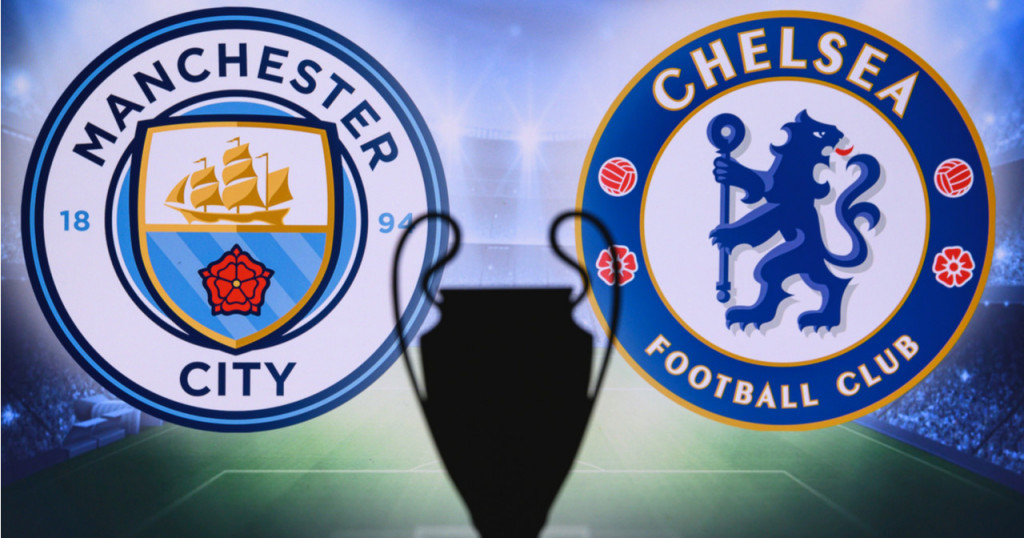 Tonight will see two Premier League teams compete for football’s greatest European prize: the Champions League trophy. It will be watched by millions across the globe from those who have stayed up with bleary eyes in the far east, to those in the favelas of Brazil. There will, however, be little discussion about football’s dirty secret; the unholy money washing through the beautiful game.

As Chelsea and Manchester City FC line up with their prospective owners looking down in pride at their vastly expensive assembled teams, it may be worthwhile taking a closer look at their respective owners.

Earlier this month Manchester City’s owner, Sheikh Mansour, made headlines after he committed to covering the expenses of 6,000 official fans travelling to the final in Porto. City Chairman praised Shaikh Mansour’s initiative by saying: “Hopefully His Highness’ initiative allows the majority of our attending fans to focus on enjoying the day rather than worrying about how to bear the burden of travel costs which have become all the more onerous due to the effects of the pandemic.”[1]

Yet others will be asking if the hundreds of injured Palestinian children requiring hospital treatment, after the most recent Israeli aggression in the Gaza strip, are not more in need of Shaikh Mansour’s generosity?

Children like four-year-old Sara whose home was bombed by US-funded Israeli fighter jets. “Sara unfortunately will suffer from lower hemiplegia (one-sided weakness), because of her injuries in her brain, and thoracic and cervical vertebrae,” said a doctor caring for the 4-year-old [2].

A Jordanian neurosurgeon who has come to Gaza to help treat the surge in injuries from the Israeli bombing campaign said:

“I have come to Gaza in the previous wars and treated wounded people, but this time I see most of the injuries affect children, in the brain and bone marrow. About one-tenth of cases among children need to get treatment outside of Gaza,” Dr Algroom said.[3]

Or take Marah Albahtiti, aged just 5, but lying in the intensive care unit of al-Shifa Hospital after her home was bombed by US-funded Israeli warplanes. “Marah came to the hospital with serious injuries, and in (medical) shock”

“She suffered a number of wounds to her abdomen, hands and legs,” Dr Jamal Al Harazeen, a general doctor at al-Shifa hospital said.[4]

Exhausted and under-equipped medics are struggling to treat the injured from the recent Israeli aggression. According to the ministry of health in Gaza, over 500 children have been injured requiring hospital admission in the recent Israeli campaign, whilst thousands had been injured. Not to mention the 65 dead children.

Gaza’s healthcare has already been decimated following the Israeli blockade of the small enclave. The ministry of health has put out an urgent distress call for $46 million to provide initial treatment for the people of Gaza.

Whilst “His Highness” Sheikh Mansour considers it more appropriate to fund a trip for 6,000 Mancunians to see a continental football match rather than fund the medical treatment of maimed and injured children, the ummah of Muhammad (S) have tried their best to answer the call of Gaza.

Countless Muslims across the world, in testimony to their piety and humanity, have dug deep despite the economic difficulties posed by the pandemic to assist the people of Gaza.

The Emirati position on Israel is looking even more ludicrous and isolated on the international stage given Israel’s war crimes in Gaza. For many, the U.A.E policy to place profits over Palestinians makes their lack of moral fibre even more glaring.

In April, just weeks before Al-Aqsa Mosque was stormed, Palestinian families faced forcible eviction from their homes and Gaza was pounded, Abu Dhabi’s sovereign wealth fund, Mubdala Investment Company, paid just over $1 billion for a stake in an Israeli natural gas field. Mubdala has assets worth $232 billion and this initial investment is likely to be the first of many in Israel.

Whilst the leadership may enjoy a short-term gain with increased trade and investment from Israel, the reputational damage is likely to have long term consequences. Ethical tourists may well consider spending their hard-earned cash elsewhere than a country run by a despotic regime, infamous for its lack of human rights, democracy and reliance on what people would term modern-day slavery. Such migrant workers reside in “unsanitary living conditions in overcrowded accomodations” with “limited access to preventative health care” according to Amnesty International.[5]

Karen Young, director of the Economics and Energy Program at the Middle East Institute, argues that the Emirati position vis a vis Israel is not motivated by economics, but one of survival. Krane said: “Ruling elites want to secure their regimes using Israeli surveillance and intelligence technology, but citizens are fed up with the abuses heaped on the Palestinians.”[6]

The U.A.E has also been accused of facilitating Israeli settler purchase of Palestinian land in Jerusalem[7]. And, this, perhaps, is the nexus at which Manchester City F.C and Chelsea F.C. meet.

Chelsea F.C. is owned by oligarch Roman Abromovich who has his own share of questionable choices.

An investigation by BBC Arabic found that Roman Abromovich has donated $100 million to, Elad, an Israeli settler group that forcibly displaces Palestinians from their homes. [8]

A spokesperson for Elad said Roman Abramovich was “a committed and generous supporter of Israeli and Jewish civil society, and over the past 20 years he has donated over five hundred million dollars to support healthcare, science, education and Jewish communities in Israel and around the world”.[9]

Abramovich is not Chelsea FC’s only connection to the right-wing settler group. In 2013, Chelsea director, Eugene Tenenbaum donated 35,00 shekels to Elad[10].

The Chelsea FC owner, Roman Abromovich was granted Israeli citizenship in 2018 after difficulties renewing his visa in the UK because of his alleged links to Vladamir Putin. His net worth is placed at $12.9 billion, making him the 2nd richest person in Israel.

Described as Putin’s “favourite son”, Abramovich went from a street vendor selling dolls to one of the wealthiest men in the world, thanks in large part to his connections to Putin.

In 2012, a high court judge said that Abramovich enjoyed “very good relations” and “privileged access” to Putin.[11] Abramovich became a billionaire overnight when he bought oil and aluminium firms cheaply during President Yelstin’s state asset fire sale. The auction is alleged to have been rigged.[12]

As an illustration of the relationship between Putin and Abramovich, the late Boris Berezovsky, once close friend and business partner to Abramovich said the Chelsea football club owner attended a birthday party for Putin in 1999 and soon after bought the President a $50 million yacht.[13]

Abramovich bought Chelsea Football Club in 2003 and, as is alleged in “Putin’s People” by Catherine Belton, he did so under the instruction of Vladamir Putin. The Russian Oligarch disputes this and has launched legal proceedings of defamation against the publisher, HarperCollins[14].

Russian Billionaire Pugachev claimed in the High Court in 2018 that Putin had ordered Abramovich to purchase the Stamford Bridge club. However, his statements were branded “self-serving” and “impossible to believe” by Mrs Justice Rose[15].

Two years after the purchase of Chelsea FC, Abramovich sold a stake in his oil company, Sibneft, to state-run Gazprom for $13 billion. It was the largest deal in Russian history[16]. Russian State-run monopoly Gazprom is an official sponsor of the Champions League.

As television’s turn on and homes are filled with the glitter and glamour of the Champions League final, people in Shaikh Jarrah will likely not be glued to their screens as the spectre of forcible eviction funded by the current owner of Chelsea football club under the cover provided by the silence and complicity of the state-owned Manchester City FC, still loom large.