Union of Muslim Scholars: Supporting Palestine duty on all Muslims 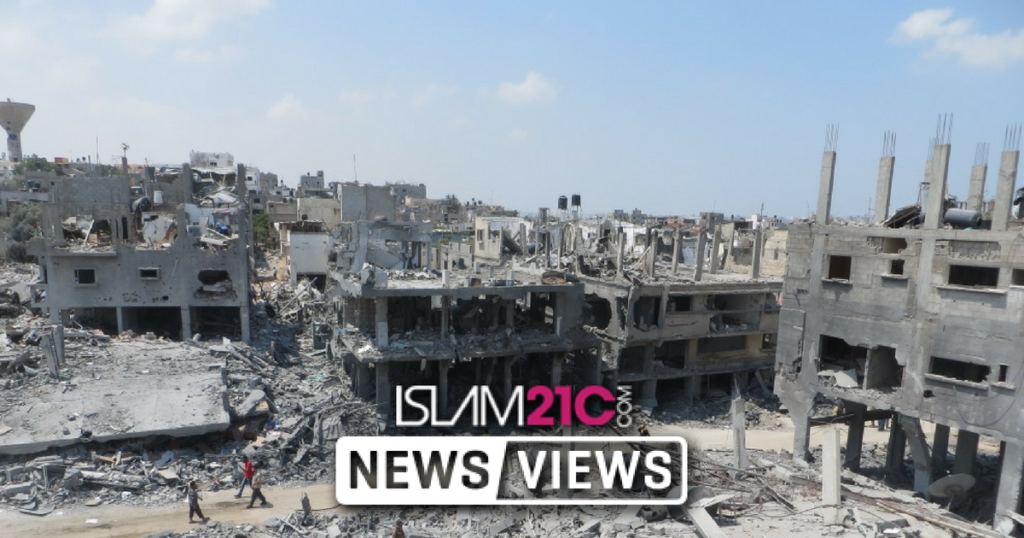 The International Union of Muslim Scholars (IMUS) has called on Muslim nations to end the siege on Gaza and “the suffering of the Palestinian people.” [1]

“It is the duty of all Muslims to support the Palestinian people with everything they have been given.” [2]

Published on Monday, the statement comes as Israeli tanks and aircraft indiscriminately shell Gaza, believed to be the most densely populated place on earth.[3]

Earlier this month, Israeli soldiers slaughtered more than 65 civilian demonstrators wounding a further 3,188 as they peacefully protested the inauguration of the new US embassy in Jerusalem.

The mass killings sparked the latest missile fire from resistance fighters who have taken credit for retaliating with the heaviest barrage of rocket fire since the seven-week war in 2014.

Israeli Minister of Intelligence Yisrael Katz warned that the fire from Gaza had pushed them to “the closest point to the threshold of war” since Operation Protective Edge four years ago.[4]

The conflict in 2014 claimed the lives of almost two and a half thousand Palestinians, including 547 children who were massacred by the invading Israeli forces.[5]

In response to Israel’s most recent civilian killings, the statement issued by IMUS stated: “The union condemns and criticizes in the severest of terms the savage crimes perpetrated by the invaders against the Palestinian people as they are great crimes against humanity.” [6]

The press release goes on to urge Muslim countries in the region to “break the oppressive siege” which has caused “the suffocation and excessive suffering” of the people of Gaza, as they are denied their “most basic human rights.”[7]

The crippling siege on Gaza which began in 2007 when Hamas was elected into power is enforced by land, air and sea with the steadfast support of Egypt’s coup leader Abdel Fattah el-Sisi.[8]

In its conclusion, the statement signed by Sheikh Yusuf Al-Qaradawi and IMUS Secretary General Sheikh Ali al-Qaradaghi implores Muslims to “actively stand up against the Zionist military action on the borders of Gaza…with all the funds, resources and means they have,” [9] before quoting two verses from the Qur’ān:

“O you who have believed, if you support Allāh, He will support you and plant firmly your feet.”[10]

“…And Allāh will surely support those who support Him. Indeed, Allāh is Powerful and Exalted in Might.”[11]

However as the threat of war looms, and the stances of leading Arab nations towards the Israeli invaders range from policy implementation on their behalf to amicable backroom talks, it seems more than likely that Gaza will once again stand alone.