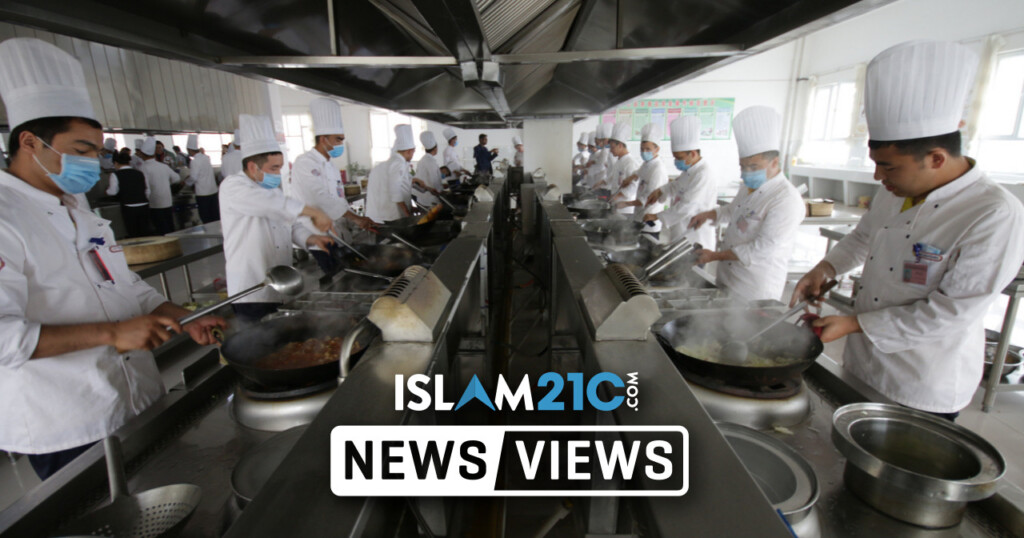 The Chinese government is building and expanding pig farms in the Muslim region of Xinjiang (East Turkestan) as former detainees speak of the horrific force-feeding of pork to Muslims in concentration camps in the region.

Testimonies from a number of former detainees have shed light on how the Chinese government are expanding their anti-Muslim and anti-Uyghur campaign by targeting and eradicating the ethnic minority’s religious beliefs as well as their culture.

Further to their widespread surveillance programme and concentration camps, the communist regime in Beijing seeks to alter the Muslim-majority region’s ethnic make-up and to erode their Islamic belief and culture by preventing them from practicing their faith, and now by forcing them to eat pork.

“Every Friday, we were forced to eat pork meat,” said Sayragul Sauytbay, a doctor and teacher who now lives in Sweden and has published a book detailing the horrific mental and physical abuse she received at the hands of her Chinese captors. [1]

Sauytbay spoke of how the policy was intended to make the Muslim detainees feel shame and guilt.

“They have intentionally chosen a day that is holy for the Muslims. And if you reject it, you would get a harsh punishment. I was feeling like I was a different person. All around me got dark. It was really difficult to accept,” Sauytbay added. [1]

Agricultural development, more specifically the building of pig farms, has become another genocidal policy of the communist regime to eradicate the Islamic make-up of East Turkestan and to ‘Sinicise’ the region.

Uyghur scholar and German anthropologist Adrian Zenz said the recent actions by the Chinese state were part of a larger policy of “secularisation” [1], and that there is most certainly an “active effort” [1] to promote and expand pig farming in the region.

“This is part of the attempt to completely eradicate the culture and religion of the people in Xinjiang,” [1] Zenz said, “It is part of the strategy of secularisation, of turning the Uyghurs secular and indoctrinating them to follow the communist party and become agnostic or atheist.” [1]

The agricultural project is estimated to be a 25,000 square metre area in an industrial park in the Konaxahar County in Kashgar, a city that has been renamed to Shufu. The project was approved in April this year, on the first day of Ramadan, with its sole purpose being to ensure the supply of pork in the region. [2]

The Chinese news corporation Sina reports: “After the project reaches production, it can provide the society with 40,000 high-quality commercial pigs each year. This will include Kashgar’s two counties and one city to ensure the supply of pork in Kashgar, and promote the steady and healthy development of the pig industry around Kashgar.” [2]

The Chinese government has defended its genocidal policies in the region, arguing that the policies are aimed at tackling extremism and terrorism in the region, a trope routinely used to mask and cover their human rights abuses. [3]

The Chinese government has routinely denied the existence of concentration camps, where up to 1 million Muslims have been detained, [4] despite the overwhelming evidence of their existence. The Chinese government instead says that these are re-educational centres aimed at retraining the local population and teaching them new skills.