MUHARRAM
Home / News / What are Turkey’s snap elections really about? 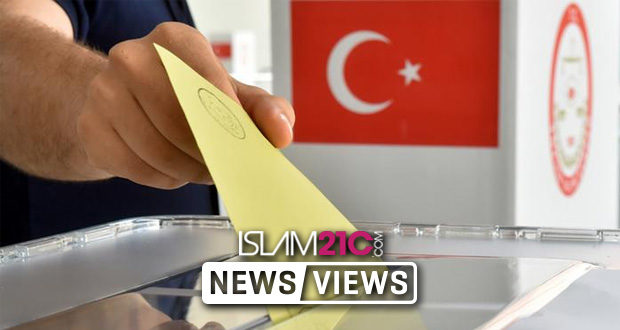 In a surprise move, Recep Tayyip Erdoğan, President of the Republic of Turkey, announced a snap election for June the 24th, following the ratification of a bill in parliament in this context. This recent development came as a surprise to many, since the scheduled time of the election was for November 2019.[1]

This move will mean that Erdoğan is waiving his right to 16 more months of his presidency. However, he believes that it is worthwhile, as the declaration of the snap elections had ‘ruined many scenarios’ against Turkey. [2]

Although detractors termed the decision as some kind of a ploy, supporters however are justifying the move, saying that they need the robustness of the new Presidential System – enacted in April last year through a referendum – and remove the uncertainty of an election to face the ‘storm ahead’. [3]

“With this snap election, we have the opportunity to abolish the bureaucratic oligarchy. This decision ruined many scenarios. We see the election as a decision to store energy for a great and strong Turkey,” said Erdoğan.

“The path of our nation will open up,” he added.

The election declaration came soon after many western countries’ sudden interest to get rid of the Syrian Regime’s chemical weapons, when they began an abrupt bombardement campaign in Syria. [4] Some analysts are sceptical about the motives behind the bombing campaigns.[5]

“In a process where we need to make significant decisions, ranging from macro-economic balances to big investments and developments in Syria have sped up, we need to address elections in Turkey’s agenda immediately.” said Erdoğan. [6]

To understand the situation better, we need to have a fair understanding of the developments that led the governing party to take this step. The day was July 15th, 2016, a black day indeed for the whole Republic, as the country witnessed the bloodiest coup in its history. Turkey’s own Air Force dropped bombs on its Parliament and places of worship. The Chief of the General Staff of its Armed Forces was kidnapped by rogue elements within the military.

It was mayhem all round, the coup was well-coordinated and started simultaneously across major cities. But finally, the people of Turkey had enough, they took to the streets for a peaceful protest to confront the rogue elements of the well-armed military. A video message soon followed from the President encouraging people to stand up for their elected institutions. A military coup of such a scale was thawrted for the first time in Turkish history.

It was a victory for the people of Turkey and its head of state President Erdoğan, but a victory that came at a high price, with over 246 people killed and more than 2000 injured.[7]

The coup left behind many unanswered questions. Why would a group of people, especially those in the country’s armed forces move against its own people and the government? Had the government been oppressive, or disliked by the people, it would have been a different situation. The situation here is completely different since the people actually protested against the orchestrators of the coup in support of the elected officials, namely the President, Prime Minister and Members of the Parliament.

According to President Erdoğan, the coup was an attempt to create a state within the state. An attempt made by foreign elements who have vested interests in Turkey and ready to take any step to dismantle the country. It was not surprising to some therefore to see that many virulent Islamophobes the world over came out in support of the coup orchestrators. They also allegedly received support from Israeli and Greek governments. This indeed raises suspicion about the intention of the coup plotters who claimed to be ‘Peace at Home Council’.

What raised more suspicion is the way western media and politicians reacted to the whole episode. Eventually, President Erdoğan managed to salvage the situation, he quickly reclaimed Turkey’s position as a force to be reckoned with.

Many still itch for any means to push Turkey to its darker days characterised by militant secularism and subservience to other powers, and attempt to forcibly oust the ruling party which holds popular support – approximately 60% of all key elected Government Positions – among those whom they serve. It is after all a party which has not lost a single election since its inception.

In a move to strengthen the structural formation of the government, and to nullify the chances of similar tragic incidences from happening, Turkey’s governing party, the Justice and Development Party (AKP), and the Nationalist Movement Party (MHP) proposed amendments to the constitution that was enacted after the coup in 1980.

The referendum was held throughout Turkey on the 16th of April 2016, and it resulted in favor of all the proposed amendments.

However, according to the constitutional amendments, the results of the referendum cannot come into effect until presidential and parliamentary elections take place. Hence, contrary to the view of the biased representations in many western media outlets, the election is needed to fast-track changes.[8]

This snap election is thus being billed as a move to stabilise the economy and provide enough impetus to counter any offensive foreign move against the interests of Turkey. At the Presidential Palace, President Erdoğan stated:

“We have decided that elections should be held on 24 June 2018. Our preference has been to try to hold out until the date in November 2019. However, whether it be the cross-border operation in Syria or the historic developments in Iraq and Syria, [these] have made it so that it is paramount for Turkey to overcome uncertainty.” [9]