World leaders stand against offensive cartoons of the Prophet 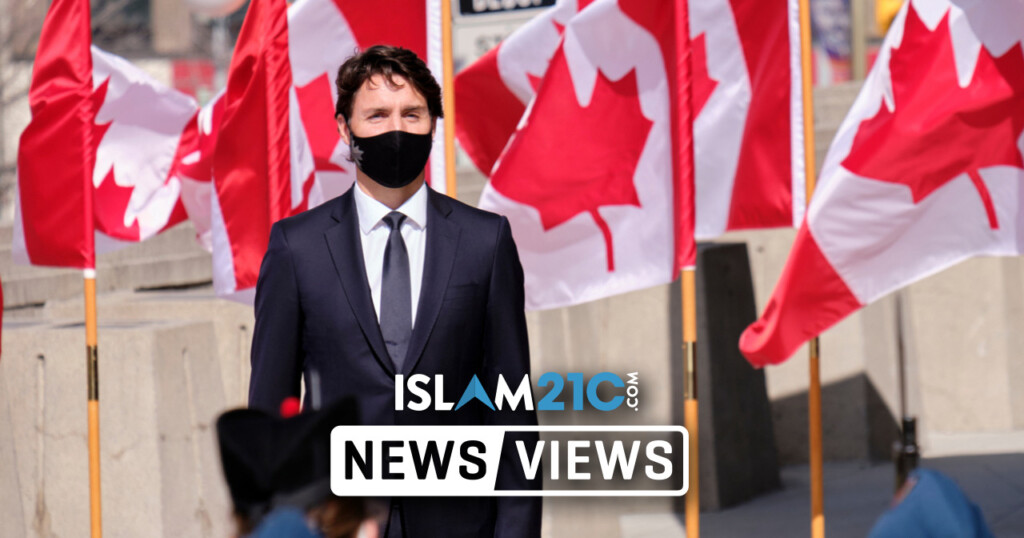 French Archbishop of Toulouse Robert Le Gall and Canadian Prime Minister Justin Trudeau are some of the many world leaders who have spoken out against the objectification of Muslims, after crimes were committed in the name of Islam as a response to the re-emergence of the ill-provoked and offensive cartoons drawn up by the magazine Charlie Hebdo.

The alleged attacker Brahim Aouissaoui – a twenty-one-year-old Tunisian man – is suspected to have killed three people in a church in the French city of Nice.

Media outlets have labelled the crime an “Islamo-fascist attack,”[1] a term that will inevitably be used to justify the current Islamophobic regime being rolled out in France by its president Emmanuel Macron. This attack in particular, will be selected and given airtime to push forward and warrant France’s tight agenda against Muslims in France.

Prime Minister Trudeau echoed the voices of the Muslim world and deplored Thursday’s deadly stabbings, saying that the perpetrators “do not get to define Muslims in France, in Canada, or anywhere around the world.”

“The criminals, the terrorists, the cold-blooded murderers who perpetrated these attacks do not represent Islam.”

Tensions between France and the Muslim world reached an all-time high after French satirical magazine Charlie Hebdo re-published cartoons of our Prophet Muhammad (sall Allāhu ‘alayhi wa sallam) — something considered deeply offensive and blasphemous by many Muslims — ahead of a trial for alleged accomplices in the premeditated attack in 2015.

Widespread anger was further aggravated by the actions of French President Emmanuel Macron, after he proclaimed that “Islam is in crisis all over the world” and his refusal to condemn the cartoons, justifying them valid on grounds of ‘free speech’. Macron was then seemingly complicit in the projection of the cartoons on government buildings in France.

The Archbishop of Toulouse, Robert Le Gall, has said that he opposed the publishing of caricatures insulting the Prophet Muhammad (sall Allāhu ‘alayhi wa sallam), warning of the dangers of said action and cautioning that “there are limits to freedom of speech”.[2]

“These are considered an insult to Muslims and Christians alike and they should not be spread further. We all see their results.”

“There are limits to freedom of expression and we should realise that we do not have the right to insult religions.”

Furthermore, Morocco’s Ministry of Foreign Affairs called the magazine’s ill-thought stunt one that “reflects the lack of maturity of their perpetrators.”

“Freedom of an individual ends where the freedom of others and their beliefs begins.”

“Insofar as the kingdom of Morocco condemns all dark and barbaric acts of violence committed in the name of Islam, it denounces these provocations that offend the sanctity of the Islamic religion.”[3]

Amidst the aftermath, the Muslim Ummah has stood united against the actions of France, condemning its actions, isolating its government, and destabilising its economy. Protests across the Middle East and South Asia for calls to boycott French products have grown popular, including a rally that took place in Bangladesh involving an estimated 40,000 people.[4]

Ankara summoned a senior diplomat from the French embassy while Turkish President Recep Tayyip Erdoğan – who has been vocal against France for its Islamophobia and has subsequently borne the brunt of its distasteful humour – vowed to take “legal and diplomatic action” over another Charlie Hebdo cartoon that depicted Erdoğan looking up a woman’s skirt while drinking beer in his underpants.

Further denunciations were prompted in the Muslim world, with Pakistani Prime Minister Imran Khan accusing the French president of attacking the Muslim faith and urging Muslim countries to work together to counter what he called “growing Islamophobia in Europe”.