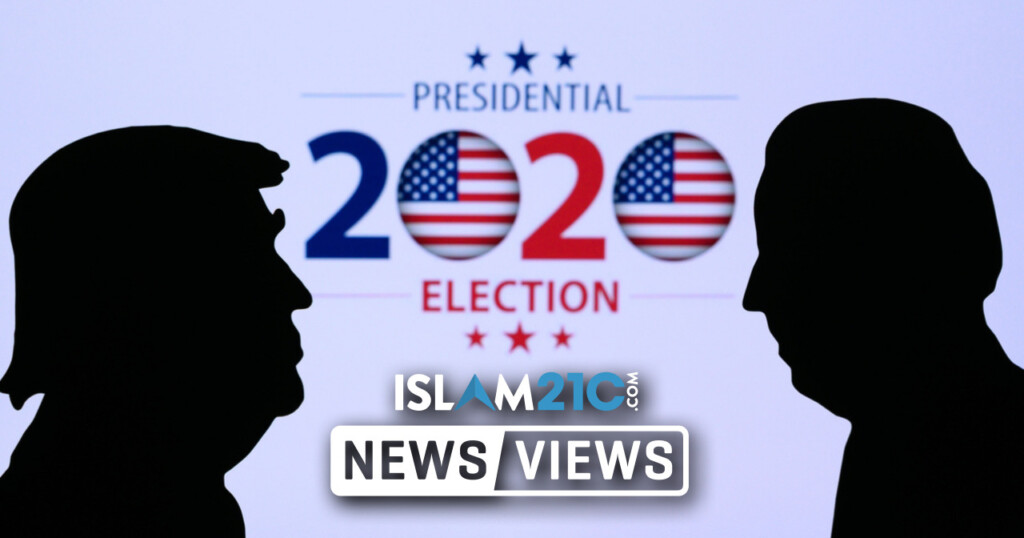 One day after the US presidential elections came to a close, the votes are tallying up in favour of the Democratic candidate Joe Biden.

As of this morning, Joe Biden is in the lead, holding 264 electoral votes and requiring only six more to clinch the presidency. Donald Trump is lagging behind by 50, with only 214 electoral votes.[2]

The Democratic Party is also in the lead in the House with 204 seats, needing a further 14 for a majority. However, the race for the Senate seems to be in the hands of the Republicans, who require three more seats for a majority.

Trump’s rhetoric and interference building up to the vote painted a disastrous picture for the elections.
However, reports agree that no major disruptions, protests, or acts of voter intimidation took place, aside from limited isolated incidents.[3]

Yet this has not deterred Trump from attempting to create drama in his desperate struggle to stay in power.

A report by an international observer has said that the US elections were tarnished and undermined by Trump’s behaviour.

“Baseless allegations of systematic deficiencies, notably by the incumbent president, including on election night, harm public trust in democratic institutions,” the report said.[5]

The report goes on to describe “an unprecedented” number of lawsuits brought up by the Trump campaign over voting processes just months before the election.

“The legal uncertainty caused by this ongoing litigation placed an undue burden on some voters wishing to cast their ballots and on election administration officials,” the report stated.

Trump’s team filed over 400 lawsuits across 44 states in their campaign to confuse voters. Some of these cases remained in courts up to a few days before the elections.

Trump’s consistent erratic behaviour and disregard for American political norms has led many to speculate that Trump may not concede even if he does lose the elections.[7],[8],[9]

According to attorney and former White House official Van Jones, there are indeed some legal loopholes that Trump could use to stay in power even if he loses the elections.

“Under our constitution, a presidential candidate can actually lose the popular vote, fail to get a majority in the electoral college, refuse to concede, manipulate hidden mechanisms in our government, and still get sworn in as the President of the United States of America,” Jones said in a TED talk.[10]

In his talk, Jones urges American voters to get informed just in case Trump decides to disregard the election results.

According to the Council on American-Islamic Relations, only 1 million American Muslims (out of 6-8 million) are registered to vote. Of those intending to vote, around 71% say they will be voting for Joe Biden.[11]

An estimated 18% said they would vote to re-elect President Donald Trump – may Allāh guide them.

Two-thirds of those surveyed said that anti-Muslim sentiment had increased in the four years under Trump.

Muslim voters are highly concentrated in seven out of the eight key swing states in the United States, making their role vital for the success of any candidate.

As the votes are counted and the final verdict is made clear, we ask Allāh to protect the Muslims of America, the West, and the world.