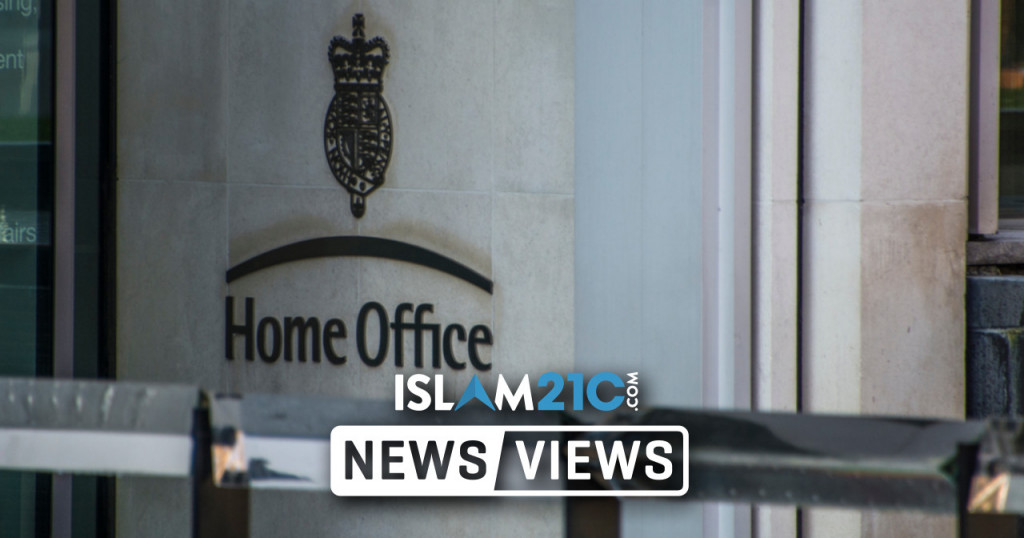 A 21-year-old Orthodox Jewish anti-Zionist will today appeal against the UK Home Office’s rejection of his application for asylum. His lawyers will argue that if he is required to return to Israel and forcibly enlisted in the Israeli army, there is a genuine fear that he will be compelled to commit war crimes.

His initial asylum claim was refused by Home Secretary Priti Patel in December of last year. The Orthodox Jew, who has been granted an anonymity order because of security concerns for his well-being, had his application for asylum rejected. The Home Office disallowed his application stating he could have avoided conscription into the Israeli army on mental health grounds.

The rabbinical student, who is represented by Fahad Ansari at Riverway Law, is claiming that his personal beliefs – together with his refusal to join the Israeli Army – will expose him to persecution if he were to return to Israel. Ansari stated that “protesting against Zionism is so fundamental to his Jewish identity and his political views” that he also risks being persecuted by Israeli authorities should he be forced to return to Israel.

Lawyers appointed by the applicant are arguing that his submission must be considered in the wider context of the political framework in Israel. Ansari says: “It is simply not possible to properly consider our client’s case without addressing apartheid, which is a legal concept codified in the 2002 Rome Statute and the International Convention on the Suppression and Punishment of the Crime of Apartheid.

“It would be unconscionable for them to say that he should be sent back and be forced to serve in a military that practices apartheid.”[1]

In its report entitled A Threshold Crossed: Israeli Authorities and the Crimes of Apartheid and Persecution, Human Rights Watch documented the crimes of the Israeli state. It noted how the Israeli army routinely uses military orders to shut down “unlicensed protests” and subsequently hands down prison terms for up to 10 years. This largely occurs in the case of civilians convicted by military courts, who had participated in such “unlicensed” protests.[2]

In 2015, while just at the age of 17, the rabbinical student was arrested and assaulted by Israeli police whilst he and fellow Orthodox Jews protested in Jerusalem against conscription. Whilst arrested he was “handcuffed, pushed to the floor and dragged around by the handcuffs, spat at and beaten with a stick”. The then 17-year-old also states he was sprayed with skunk water – an offensive practice which protesting Palestinians have had to endure throughout the years.

After facing this abuse and receiving conscription orders the rabbinical student escaped from Israel to the United Kingdom on a tourist visa.

The Orthodox Jew rejects Zionism and Israel’s existence due to his religious and political views. In his witness statement to the Tribunal, the Orthodox Jew says:

“What the Zionist movement has done is sinful because it has returned Jews to the Holy Land against God’s will and in the process has forcibly displaced the indigenous Palestinian people and stolen their land.”

The conscientious objector, who cannot be named due to concerns for his own security, goes on to say:

“The Zionists have engaged in theft and mass killing to create their Zionist state. They have rebelled against God in the gravest way. I am afraid of being forcibly conscripted into the military which would go against everything that I stand for…the State of Israel practices apartheid and is routinely involved in war crimes against the Palestinian people. I cannot serve in such an immoral army that carries out such atrocities on a daily basis.”[3]

If the first-tier Tribunal were to grant asylum to this unnamed Jewish man, then this would send shockwaves through the political classes, as it would potentially set a precedent for not just Israeli Jews but also Palestinians. Ansari said: “It would help Palestinian asylum seekers frame their cases in a more accurate way in the future where their suffering is viewed in the context of Israeli apartheid.” He went on to further say:

“It’s time the UK judiciary made findings about apartheid in Israel; considering all the evidence, this will be difficult for them to avoid.”[4]

Israel requires all of its citizens above the age of 18 to serve in the military. Exemptions from such enlistments can only be made to those who have mental health issues which preclude them from serving, or those who claim apolitical pacifism.

This Jewish anti-Zionist man’s views are not apolitical. Those who publicly articulate their objection to occupation as a reason for refusing service are given repeated prison terms until they are declared unfit to serve.

The young Jewish man’s family in Israel do not support his actions. Despite this lack of support, the man is determined to stand up for his beliefs and aims to continue his rabbinical studies in the United Kingdom.