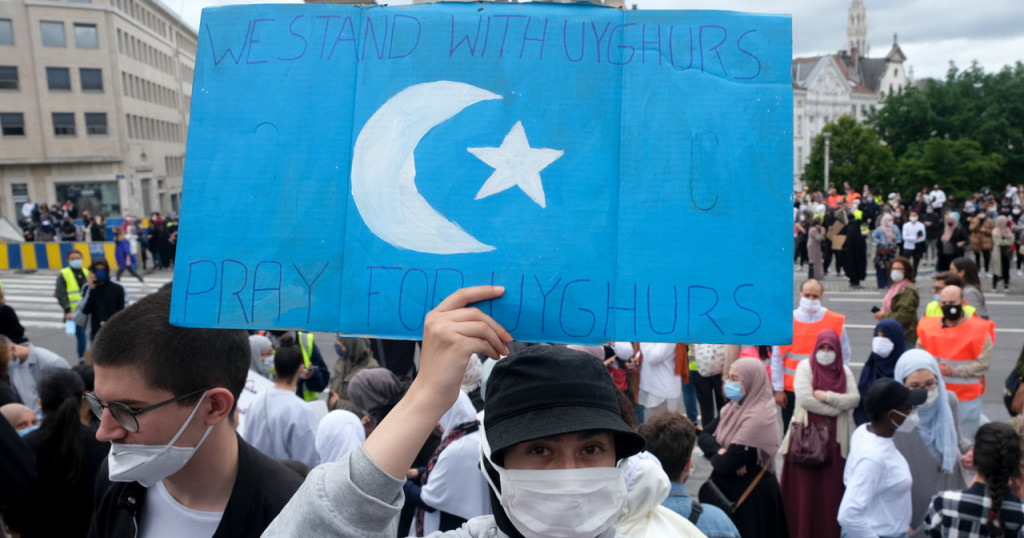 China has reacted desperately to the passage and enactment of the Uyghur Forced Labor Prevention Act, referring to the new piece of pro-Uyghur legislation as “economic bullying” by the US. President Joe Biden gave the legislation his seal of approval on Thursday, after both chambers of Congress passed the bill earlier this month. The Uyghur Forced Labor Prevention Act had gone through a number of tense disputes along party lines since its introduction to the legislature in 2020. The new piece of legislation has effectively sealed a near-universal ban on imports from Xinjiang. For several years, there have been numerous reports of Chinese state abuses against the minority Turkic Muslim populations, including the Uyghur, Uzbek, Kyrgyz, Tajik, Kazakh, and Hui communities. [1]

State media broadcaster Xinhua relayed on Friday that the country’s Ministry of Commerce had expressed its “strong dissatisfaction and firm opposition” to the United States’ ban on Xinjiang imports. The country continues to categorically deny that there is a genocide occurring in its Xinjiang region, despite overwhelming evidence brought forward by international researchers and rights groups. In early December, the Uyghur Tribunal in London delivered its judgment, where it clearly expressed its view that the genocidal oppression against the Uyghurs and other Muslim groups in Xinjiang takes direction directly from General Secretary Xi Jinping and other prominent Communist Party officials.

Sir Geoffrey Nice QC, the chair of the Tribunal, said in the 9 December judgment:

“The Tribunal is satisfied that President Xi Jinping, Chen Quanguo and other very senior officials in the PRC and CCP bear primary responsibility for acts that have occurred in Xinjiang. The Tribunal recognises that the perpetration of individual criminal acts that may have occurred, whether rape or torture, will not have been carried out with the detailed knowledge of President Xi and others but the Tribunal is satisfied that they have occurred as a direct result of policies, language and speeches promoted by President Xi and others and furthermore these policies could not have happened in a country with such rigid hierarchies as the PRC without implicit and explicit authority from the very top.” [2]

The Uyghur Forced Labor Prevention Act has been praised for its extensive regulatory scope. In addition, campaigners have welcomed the law as it puts the onus on businesses to provide evidence that goods and services are not being produced with slave labour. Multinationals such as the beverage maker Coca-Cola and tech giant Apple will no doubt be considering their next steps. Extensive and expensive attempts to lobby against the statute – whilst it made its way through Congress – have ended up being a pointless exercise. Whilst making its passage through the Senate and House of Representatives, the bill directly named and shamed the two firms, amongst others. [3]

Alongside the new law, the US federal government has also confirmed a diplomatic boycott of the forthcoming Beijing Olympics, which is due to take place in February 2022. The event, which is officially referred to as the XXIV Olympic Winter Games, has been mired in controversy ever since China was awarded the hosting rights. Rights campaigners continue to criticise international brands such as Samsung, Panasonic, and others for their sponsorship of the Games despite the egregious rights violations perpetrated by the Chinese government towards the Uyghurs and other Turkic Muslim communities. [5] [6]