China to rewrite Quran and Bible to fit ‘socialist values’ 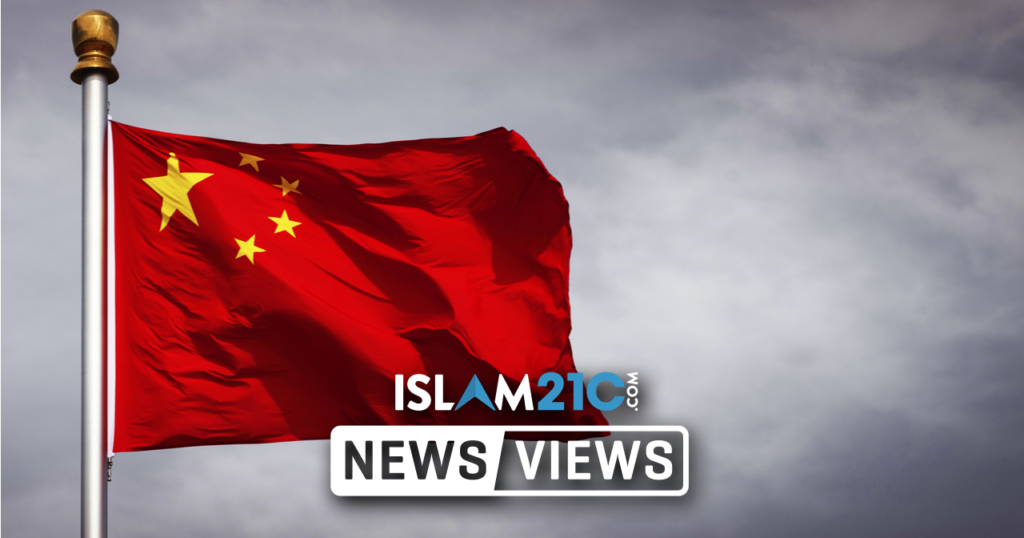 In recent months, the world has had its eyes fixated on China, anticipating its next moves. The torturous methods inflicted on its Uyghur Muslim minority have come to light, millions of whom are held in modern-day concentration camps.[1]

Chinese authorities have constantly denied its “ethnic cleanse” of the Uyghur Muslims since 2017, despite its blatant attempts to create a communistic nation. Instead, they claim them to be “vocational training centres designed to combat Islamic extremism.”[2]

Muslim sport stars such as Sonny Bill Williams and Hashim Amla have themselves taken to social media to speak out against China and stand with the Uyghur Muslims, urging Muslim leaders around the world to do the same.

Mesut Ozil’s infamous tweet hailed Uyghurs as “warriors who resist persecution”. He criticised China’s crackdown on the minority group as well as the silence of Muslims worldwide.

Since then, China has cancelled the broadcast of Arsenal’s match, removed his fan club from search engine, Baidu, and had him removed from video games, claiming he was misled by “fake news”.

These developments have finally allowed for China to take centre stage for its inhumane and abominable treatment to a minority community in its lands.

But now China have outdone themselves and said that all “classical religious books” will be “re-evaluated”. It intends to rewrite the Islamic and Christian Holy Books in order to prevent “extreme thoughts” and “heretical ideas” from eroding the country.

The instruction for the rewriting of the Quran and Bible was given at a meeting in November held by the Committee for Ethnic and Religious Affairs, which is responsible for all religious matters of the country, so that it may be fitting of the “era of President Xi Jinping,” who despite being President, is also general secretary of the Communist Party of China (CPC).[3]

Beijing finalised the decision at the National Committee of the Chinese People’s Political Consultative Conference, calling for a “comprehensive evaluation of the existing religious classics aiming at contents which do not conform to the progress of the times.”

The project apparently extends to all major religions, including sutras from Buddhism, with the core aim of them needing to reflect the socialist values and beliefs of China’s leading Community Party.[4]

They even highlighted that “Jesus Christ’s parables” will have to fall “in line with the Communist Party, without whom failing which they run the risk of being purged from the bibles available to the faithful.”

“In many ways, the Chinese government’s control, including censorship of the Bible and the Quran, has twisted the doctrines of these religious texts and thus the religions. There is simply no genuine religious freedom.”[5]

It is said that they will be changed or retranslated by state-appointed censors, updating it with the “requirements of the era”.

“We are outraged by the strings of policies against Muslims executed by China.”[6]

As expected, the reports have left Muslims around the world bereft. The President of the Malaysian Consultative Council of Islamic Organization (MAPIM), Mohd Azmi Abd Hamid, demanded that the Chinese authorities explain and elaborate on their plans.

“The re-writing of the Quran will be seen as a war against Islam and Muslims around the world will definitely stand up to rebuke this policy.

“We remind China not to cross the redline. The already massive repression of Uyghur Muslims has been heavily criticised by the international community and the Muslims will not tolerate such abusive policy to alter the most sacred text of Islam.

“We demand the truth of this report and if China refuses to respond we will follow closely if the policy will actually be implemented or the policy be revoked.

“We call again that OIC must not be silent on the plight of the Uyghur Muslims and Muslims in general in China.”

He added that world religions such as Christians will interpret this as an intrusion of religion.

“If the re-writing and re- interpreting of the Quran to comply with socialism by the Chinese government is allowed, and OIC keeps silent on this attrocious policy, it will no longer qualify to represent Islamic nations to protect the interest of Islam and Muslims.”[5]

But fear not O Muslims, for no human efforts will eradicate Islam, for Allah has promised Islam will remain till the day of judgement.

“Allah drew the ends of the world near one another for my sake. And I have seen its eastern and western ends. And the dominion of my Ummah would reach those ends which have been drawn near me, and I have been granted the red and the white treasure, and I begged my Lord for my Ummah that it should not be destroyed because of famine, nor be dominated by an enemy who is not amongst them to take their lives and destroy them root and branch, and my Lord said: Muhammad, whenever I make a decision, there is none to change it. I grant you for your Ummah that it would not be destroyed by famine and it would not be dominated by an enemy who would not be amongst it and would take their lives and destroy them root and branch even if all the people from the different parts of the world join hands together (for this purpose).”[7]

This is the promise of Allah. The Chinese have said that this new project to modify the Holy Scriptures, including the “sinicisation” of the Qur’an, “is the choice of history”. But the history of existence, as already known by Allah, will not see the Prophet’s Ummah destroyed, nor will it see the Qur’an altered.

For Allah has taken it upon Himself to protect His Book. He said:

“Truly, it is We who have revealed the Qur’an and We will be its guardian.” [8]

Therefore, the Muslim who believes these promises will not despair, regardless of how great the hostility that Islam and Muslims face, for Allah never fails in His promises.[9]

Share. Facebook Twitter LinkedIn Email Telegram WhatsApp
Previous ArticleSyria in the headlines again: What can YOU do to help?
Next Article Unscripted #34 | Building a better world | Dr. Anas Altikriti