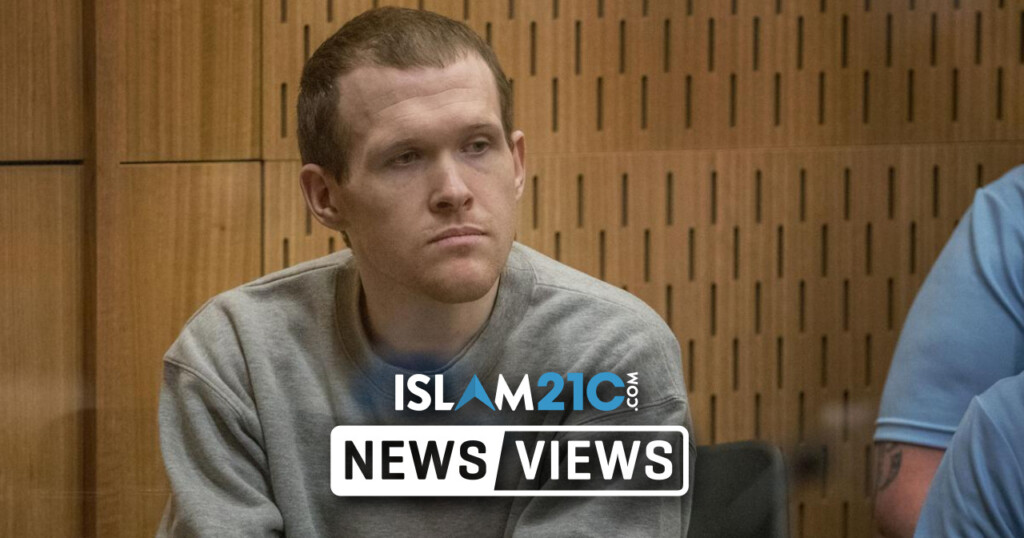 Brenton Harrison Tarrant, the infamous perpetrator of the Christchurch mosque massacre, will face the consequences of his actions this week as his sentencing hearing begins today. It is expected to take up to four days to conclude the proceedings.

Tarrant pleaded guilty in March this year to 51 charges of murder, 40 counts of attempted murder, and one count of terrorism. Having previously denied the charges, Tarrant is representing himself in court and was due to face trial in June, but reversed his plea.[1] He faces a minimum sentence of 17 years, but Justice Cameron Mander, the judge presiding over the gunman’s case, has the power to make him the first person jailed for life without parole – a sentence never before imposed in New Zealand.

The self-confessed white supremacist massacred 51 people and injured 40 others in two New Zealand mosques. Tarrant showed no remorse when presented today, and even told the court that he wanted “to have shot more people than he did.”

His crimes were meticulously planned to inflict maximum casualties. He claimed that he had planned attacks on other mosques before leaving his Dunedin address for Christchurch, armed with a range of high-powered weapons on Friday 15th March 2019.

In the months leading up to the attack, the Australian-born shooter travelled to Christchurch and flew a drone over his primary target, the Al Noor Mosque. He gathered information about mosques in New Zealand, studying floor plans, locations, and further details – with the aim of targeting them at the time they would be busiest.

“He admitted [to police] going into both mosques intending to kill as many people as he could.”

“He stated that he wanted to have shot more people than he did and was on the way to another mosque in Ashburton to carry out another attack when he was stopped.”

Despite what media outlets have been reporting, Tarrant himself referred to his attacks as ‘terror attacks’.[2]

The perpetrator, who had his arms and legs shackled amid tight security surrounding him in the dock, was seen wearing grey prison clothing. As the guards unchained his cuffs, Tarrant remained silent, occasionally looking around the relatively empty room due to COVID-19 restrictions. However, hundreds will still be able to watch the proceedings on live feeds from seven other courtrooms in the city to allow for social distancing measures.

Others have been granted permission to monitor the hearings online as part of a massive logistical exercise that includes the live translation of proceedings into eight languages to accommodate the diversity of the Muslim community in Christchurch.

Hawes confirmed that Tarrant’s “attacks were motivated by his ideological beliefs” and that “he intended to instil fear into those he described as ‘invaders’ including the Muslim population or more generally non-European immigrants.”

The court heard how Tarrant had ammunition pre-loaded into magazines, as well as modified petrol containers “to burn down the mosques and said he wished he had done so.”

When he saw a three-year-old clinging to his father’s leg, he ignored pleas for help and shot him “with two precisely aimed shots.”

Full details of his attack plans and their horrific execution were revealed today, in addition to a chilling summary of facts conveyed by Hawes. Bereaved family members were present and later recounted the effects Tarrant’s actions have had on their lives.

Some of those who will deliver statements have travelled from overseas for the sentencing, undergoing the mandatory two weeks of quarantine. Judge Mander said in the lead-up to the hearing that the sentencing was an important milestone for victims:

“Finality and closure is considered by some as the best means of bringing relief to the Muslim community.”[3]

The first of the victims to speak was the imam of the targeted Al Noor Mosque, Gamal Fouda, who labelled the terrorist as “misguided and misled”. He further commented that he could see “hate in the eyes of a brainwashed terrorist”, adding that “your [Tarrant’s] hatred is unnecessary.”

“We are a peaceful and loving community who did not deserve your actions… If you have done anything, you have brought the world community closer with your evil actions.”

The son of Ashraf Ali, one of 51 who was murdered by the gunman, reminded Tarrant of the pain he inflicted. “I have flashbacks, seeing dead bodies all around me. Blood everywhere,” he said as he recounted the carnage at the mosque.

Mohammad Atta Ahmad Alayan, who was shot in the head and shoulder, recited the Surah al-Fatiha in court before weeping as he described the “devastating” news of learning, three days after the attacks, that his son Ata had passed away.

Ata’s mother, Maysoon Salama, asked Tarrant to look up her son’s name so he would “know the huge loss you caused.”

“I can’t forgive you. You thought you could break us, you failed miserably.”[4]

Prime Minister Jacinda Ardern, who has previously vowed to deny notoriety to the gunman and never say his name, said this will be a difficult week for many.

“The whole process is likely to take some time, that’s as it should be, people need to be heard.”

The 29-year-old is representing himself at the hearing, although Judge Mander has imposed reporting restrictions to prevent his using the court as a platform for extremist views, especially before the 66 people who are expected to give victim impact statements over the course of the coming days. In the past, Tarrant has tried sending coded messages, flashing an “OK” hand gesture used to signal white power during his first court appearance.

The judge has also imposed extraordinary restrictions on the media to ensure that even if the 29-year-old spouts neo-Nazi propaganda from the dock, it does not gain publicity. Live updates, a common practice for media covering court cases, has been banned.

Judge Mander is expected to hand down a sentence on Thursday.