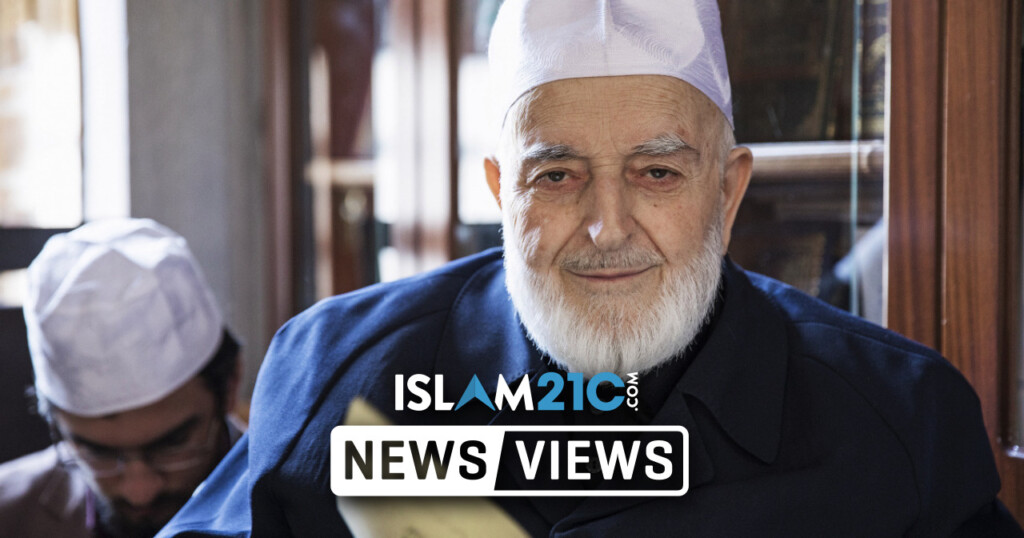 Islam21c would like to offer its heartfelt condolences to the people of Turkey on the passing of one of the country’s senior scholars, Sheikh Muhammed Emin Saraç, who passed away on Friday 19th February in Istanbul at the age of 90 after a battle against COVID-19.[1]

Many scholars around the world considered Sheikh Saraç the most senior scholar of hadith in Turkey. Turkish President Recep Tayyip Erdoğan had the honour of meeting the respected scholar. 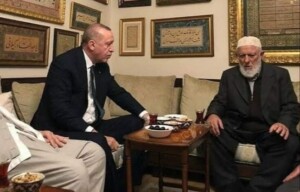 “Wherever you are, death will overtake you, even if you be in lofty towers.”[2]

“Everyone shall taste death, and only on the Day of Resurrection shall you be paid your wages in full. Whoever is removed away from the Fire and admitted to Paradise, he indeed is successful. The life of this world is only the enjoyment of deception.”[3]

Death is a certainty of life, indeed life itself is a test; man shall die and be questioned. It is in this sense that Allāh informs humans by way of counsel and encouragement that it is only the believers who are successful, avoid the Fire, and secure admittance into Paradise. When a believer dies, it is a time of great tragedy and loss for the community, but those who submit to the will of Allāh pay heed to what has been revealed:

“Certainly, We shall test you with something of fear, hunger, loss of wealth, lives, and fruits, but give glad tidings to the patient; those who when afflicted with calamity, say: from Allāh do we come, and to Him we shall return.”[4]

Sheikh Saraç was born in a village in the state of Tukad in North Anatolia, near the Black Sea, to a family known for its interest in religious sciences and knowledge. He began the recitation of the Qur’ān at the age of six and memorised it entirely at a young age, in an era when teaching the Qur’ān was forbidden.

His father, Hafiz Mustafa Effendi, was sentenced to six months in prison after he was found teaching his children the Qur’ān and the Arabic language. After a period of time from 1940, his family sent him to study for three years in the town of Merzifon, before he travelled to Istanbul and was sponsored by the Imam of the Fatih Mosque, Umar Effendi. In this decade, he studied the Islamic sciences in Istanbul, learning Saḥīḥ Al-Bukhāri, Sunan Al-Tirmidhi, Marāqi Al-Falāḥ, Saḥīḥ Muslim, and other books before travelling to Egypt.

Sheikh Saraç studied in Al-Azhar University in the 1950s, with world-renowned Egyptian born and Qatar-based scholar, Prof Dr Yusuf Al-Qaradawi, who was one of his classmates. After graduating from Al-Azhar with the encouragement of his teacher Ali Haydar Effendi, he then returned to Turkey, where he would later marry and continue to serve religious knowledge and hadith sciences in his country. He continued teaching hadith in Fatih Mosque in Istanbul for around 60 years and was an exemplary model for good character and humbleness.

In 1960, Sheikh Saraç completed his mandatory military service during the coup at the time. Upon completion of his service, he was subjected to an appointment test, as he became an official sheikh in the country, but he wanted to stay in Istanbul and teach in it independently of the job.

One of his students, Nour al-Din Yildiz, sent Sheikh Dr Haitham al-Haddad a message when he enquired if there was a detailed biography of the Sheikh, but he was not interested in fame or being known by the people at all.

Instead, the late Sheikh was known to be more interested in his students than in writing. It is said that he took care of more than two thousand students, and over the years, along with other Turkish translators, he translated Arabic books into Turkish, including In the Shade of the Qur’ān by Sayyid Qutb.[5]