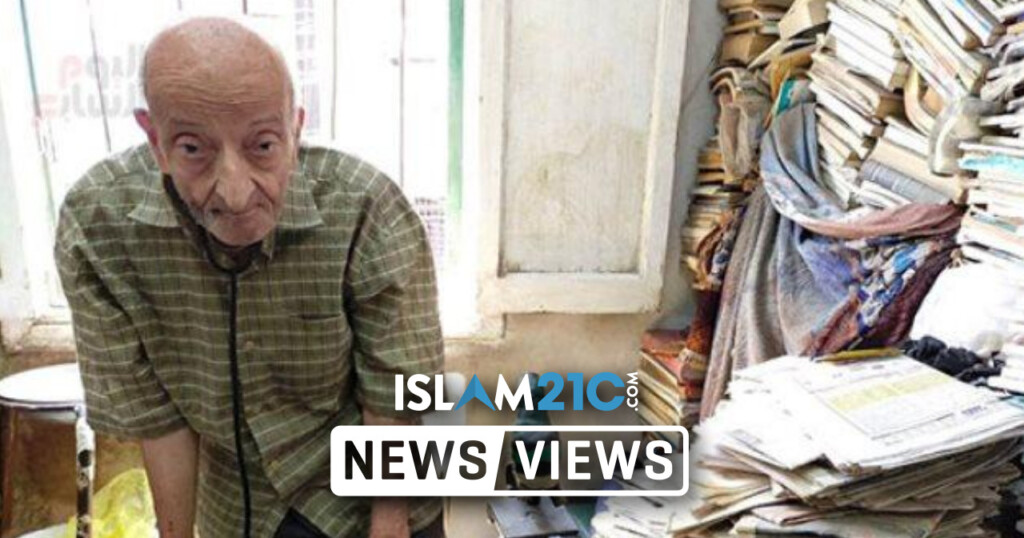 Dr Mohamed Mashally, widely known as ‘Doctor of the Poor’ in Egypt for his outstanding generosity, has returned to his Lord at the age of 76.[1] May Allāh have mercy on him.

Dr Mashally was dubbed this title for his noble work of treating his patients for next to nothing. It is reported that he would only charge 5-10 Egyptian pounds (£0.25-£0.50) per visit, and would sometimes not charge anything – even for medicines – at his three medical clinics.[2]

In 1975, Dr Mashally opened his private clinic in Tanta, a city in Northern Egypt and the country’s fifth largest populated area. He was widely recognised in his community for his service, which spanned over five decades.

Working 12-hour days into his seventies and seeing around 30-50 patients a day, he became a symbol of good faith amongst those who knew him, with one of his patients attesting that he was unlike any other doctor.

“There are doctors that you see on the street, that do not even recognize you or don’t say hello. But not this doctor. He greets you on the street and would even give you medical advice if needed.”

His motivation to serve the community came from an incident in which a diabetic child needed an insulin shot but his mother had told him they could only afford to pay for their dinner and not the insulin. Sadly, the child thought he was a burden to his family and decided to burn himself to death, causing Dr Mohamed to vow never to charge for his service again. [3]

Meet Egypt's "Doctor of the poor," a 79-year-old medical doctor who has dedicated his life to patients who cannot afford health care. pic.twitter.com/nucEPa2uyA

Dr Mashally specialised in endemic illnesses and fevers, and was also known to provide free vaccines for people who could not afford them.

He said in an interview:

“It is poor people that are most affected by these, groups that cannot afford expensive treatments.”

Tributes have poured in for the selfless man, with many commending his dedication to serving others.

The Vice President and Prime Minister of the UAE and Ruler of Dubai, Sheikh Mohammed Bin Rashid Al Maktoum, tweeted:

“Dr Mohammed Al Mashally of the dear Arab Republic of Egypt… He was a maker of a different kind of hope. He spent 50 years of his career for treating the poor. He is a model of doctors and a model of great people. May Allah have mercy on him and reside him in the highest paradise.”

“Today we lost a precious human to everyone’s hearts…Thanks for spreading Good values that were about to disappear. Rest in Peace.”

“Peace be upon the person who believes that Contentment is an inescapable treasure, not in words.”

So honourable is the station of serving others that it was a distinctive quality of our Prophet (sall Allāhu ʿalayhi wa sallam). Prior to his prophethood, when he came back from the mountain having lost his composure to speak and fearing for his life, he took solace in his wife Khadijah (raḍiy Allāhu ʿanhā), lamenting for his life and saying, “I fear for myself!”

“It cannot be. Be happy. I swear by Allāh that He shall never humiliate you. By Allāh, you join ties of relationship, you speak the truth, you bear people’s burdens, you help the destitute, you entertain guests, and you help against the circumstances that affect people.”[5]

Therefore, do not become annoyed when somebody comes knocking at your door asking for your assistance. They only knocked at your door after identifying you as a person of noble characteristics – a person who resembles the prophets and the four rightly guided caliphs. Realise that it could be that Allāh is looking to raise your rank in Jannah to a position that you could never have otherwise attained if it was not for this person who has come knocking at your door.

“There are certain people whom Allāh has created to be at the service of others – people whom others flee to for their needs. Such people will be safe on the Day of Judgement.”[6]

We ask Allāh to protect Dr Mohamed Mashally and us on that day. Āmīn.

[6] Narrated by Al-Haythami, on the authority of Ibn ‘Umar with a weak chain of narration as was stated by Al-Albāni