First translator of Qur’an into Russian, Sr Valeria Porokhova, returns to her Lord 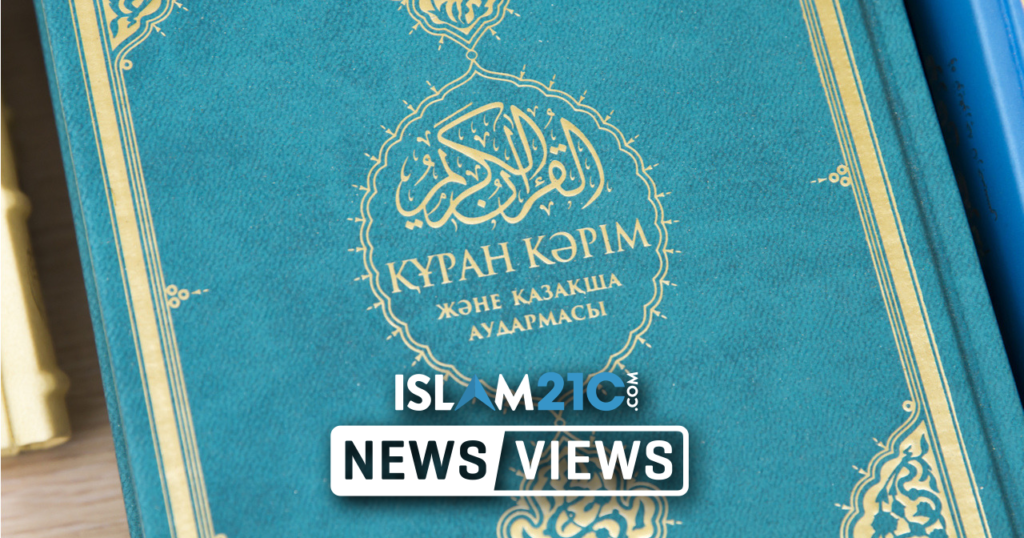 Sister Valeria (Īmān) Porokhova, a well-known translator of the Qur’ān into the Russian language, has passed on to meet her Lord at the age of 79, according to several reports. [1]

Russian media outlets have reported that Sister Īmān’s friends announced that she passed away on the 3rd of Muharram 1441 (Monday 2nd September 2019). The reports added that a memorial service will take place on Wednesday 4th September at a mosque in Moscow.

Wherever you are, death will overtake you, even if you be in lofty towers. [2]

Everyone shall taste death. And only on the Day of Resurrection shall you be paid your wages in full. And whoever is removed away from the Fire and admitted to Paradise, he indeed is successful. The life of this world is only the enjoyment of deception. [3]

And certainly, We shall test you with something of fear, hunger, loss of wealth, lives and fruits, but give glad tidings to the patient; those who when afflicted with calamity, say: from Allāh do we come, and to Him we shall return.” [4]

The prominent interpreter and Muslim activist was born in 1940 in Tsarskoye Selo, Russia to an Orthodox Christian family. She graduated from the Moscow State Pedagogical Institute of Foreign Languages and worked as a lecturer for 18 years. She later worked at the Russian Academy of Natural Sciences.

Sister Īmān married a Syrian national in 1975 and left Moscow for Damascus in the 1980s. Here, she took her shahādah and accepted Islam, taking the name Īmān.

Whilst in Syria, Sister Īmān worked on a translation of the Qur’ān into the Russian language. The translation was completed in 1991 and has since gone through 12 printings.

In an interview in 2011, Sister Īmān said: “When I read the Qur’ān, I felt in love with it, which made me translate it into Russian”.

Her translation of the Qur’ān which was first published in 1995, is reportedly the first to be available in Russia, Central Asia and the Caucasus and approved by various Muslim scholars in different countries.

“With my work, I want to inspire not only Muslims, but also make non-Muslim Russians to read and think about the Qur’ān.” [5]

As a result, thousands of copies were published in Russia, making the Qur’ān more accessible to her natives, and by the permission of Allāh, many even accepted Islam after being exposed to His divine words. In fact, according to Sister Īmān, even her publisher who published her book embraced Islam.

The Islam21c team would like to extend their sincerest condolences to the family of Sister Īmān and the entire Ummah. The role and efforts of our Sister is well-known and we trust that it will be her legacy and among her many good deeds that will stand for her after her death.

“When the son of Adam dies, all his good deeds come to an end except three: ongoing charity, knowledge from which others may benefit after he is gone, and a righteous son who will pray for him.” [6]