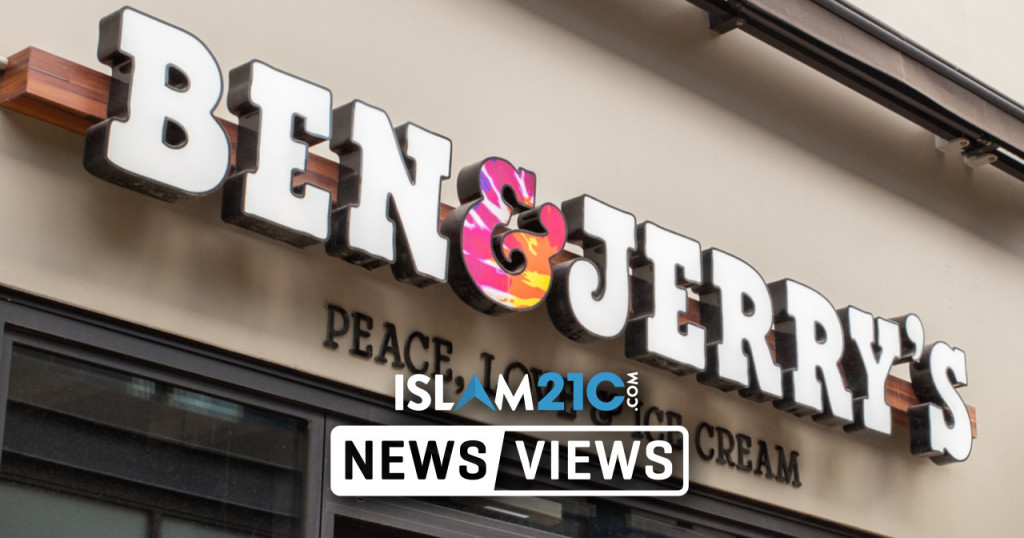 Ron DeSantis, Republican governor of Florida and supporter of former President Donald Trump, has lately been taking decisive measures against an ice cream company that decided to cease its operations in the occupied Palestinian Territories. DeSantis welcomed the recent decision by the State Board of Administration (SBA) to approve his request to include the parent company of Ben & Jerry’s – the London-based conglomerate Unilever – in the “List of Scrutinized Companies that Boycott ‘Israel’”. The development comes after Ben & Jerry’s announced on July 19 that it would cease sales of its ice cream in the occupied West Bank and East Jerusalem, owing to ethical concerns surrounding the Israel-Palestine conflict. [1] [2]

“As a matter of law and principle, the State of Florida will not tolerate discrimination against the State of Israel or the Israeli people…By placing Ben & Jerry’s Fortune 500 parent company Unilever on our List of Scrutinized Companies that Boycott Israel, Florida is sending a message to corporate America that we will defend our strong relationship with the Jewish State. I will not stand idly by as woke corporate ideologues seek to boycott and divest from our ally, Israel.” [1]

The Vermont-based Ben & Jerry’s, which was cofounded by Jewish-Americans Jerry Greenfield and Ben Cohen in 1978, has grown to become one of the world’s most recognisable ice cream brands. It was later acquired by the British multibillion pound transnational company Unilever plc in 2000. The firm enjoyed US sales of over 860 million dollars in 2020 alone. The bold political move by DeSantis means that the state of Florida will stop all business with Unilever and its subsidiaries – including Ben & Jerry’s – if the company does not reverse its decision in 90 days. It is as yet unclear how such legislation will target a foreign firm such as Unilever, which is headquartered in London. [3]

Concerning the July 19 decision, initial reactions to the pullout from the occupied territories were generally positive. It was only ‘Israel’ which condemned the move, with hardliner Prime Minister Naftali Bennett announcing that there would be “serious consequences, legal and otherwise, and that [Israel] will act aggressively against all boycott actions directed against its citizens”. [4]

While the likes of Florida governor DeSantis and others have accused Ben & Jerry’s of engaging in blatant anti-Semitism for ending its business in East Jerusalem and the West Bank, the cofounders of the company have elucidated their namesake company’s reasoning for the commendable move.

Ben Cohen and Jerry Greenfield said in an opinion piece for The New York Times:

“The company’s stated decision to more fully align its operations with its values is not a rejection of Israel. It is a rejection of Israeli policy, which perpetuates an illegal occupation that is a barrier to peace and violates the basic human rights of the Palestinian people who live under the occupation. As Jewish supporters of the State of Israel, we fundamentally reject the notion that it is antisemitic to question the policies of the State of Israel.” [5]

At present, the single most significant hurdle that Ben & Jerry’s faces in numerous states across the US is anti-boycott legislation, such as that of Florida. Indeed, on July 20 Israeli Ambassador to the UN and US Gilad Erdan sent an open letter to governors in 35 US states, calling on them to enact such pieces of legislation in order to quell anti-‘Israel’ sentiment.

In addition, there is the immensely powerful American Israel Public Affairs Committee (AIPAC) throwing its weight behind the false claim that it was “discriminatory” for a company such as Ben & Jerry’s to cease its sales in the occupied territories. Due to such sharp criticism, it will be a challenging period for the company, which has in the past raised awareness on topics such as Black Lives Matter and the ongoing worldwide climate emergency.

It is discriminatory and against the interests of peace and reconciliation to launch a one-sided boycott when it is the Palestinian leadership that refuses to come to the negotiating table with Israel. https://t.co/qWHA7aLMm6