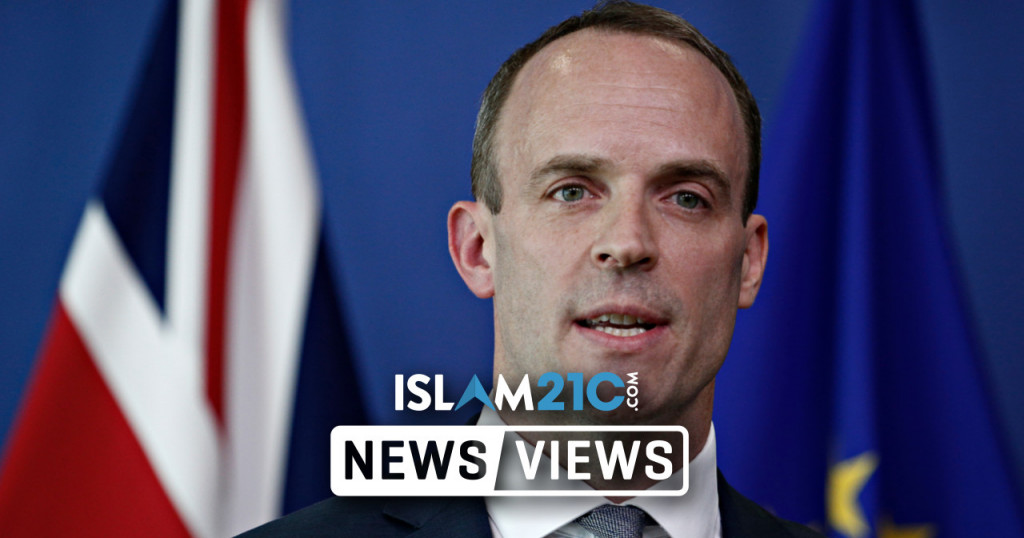 The Foreign Secretary is once again in hot water, with the latest controversy unfolding after The Observer newspaper made some damning revelations. The latter disclosed that the Foreign Secretary’s department, which is known as the Foreign, Commonwealth and Development Office (FCDO), had paid no attention to thousands of potentially critical messages sent by charities and members of parliament. These messages were concerning vulnerable Afghans, who ought to have been evacuated already due to the extremely volatile situation in the Central Asian nation. This comes after Raab was recently criticised when he “refused to be contacted on basically anything” concerning government business while on a family holiday in Crete. This was despite the Taliban rapidly gaining territory and Afghanistan’s imminent fall to the armed group becoming inevitable. Even more surprisingly, he had gone as far as to delegate an important phone call with his Afghan counterpart, Hanif Atmar, to a junior minister. [1] [2]

Furthermore, Raab, the Conservative Foreign Secretary since July 2019 under Her Majesty’s Government, has been embroiled in yet another scandal. This other controversy came after a major UK news outlet revealed through a whistleblower inside Boris Johnson’s administration that thousands of emails to the FCDO had not even been read by the time of Britain’s final evacuation flight from Afghanistan on Saturday night. The discovery means that there are potentially thousands of Afghans inside the country who are in danger of Taliban reprisals. Through its evacuation efforts, the UK was able to take approximately 15,000 people out of the country.

The sheer incompetence of Raab and his department is most evident. Not only have emails from opposition MPs and the likes of Leader of the Opposition Sir Keir Starmer been left untouched for over three days, even Raab’s fellow Cabinet colleagues – including the Home Secretary Priti Patel and the newly appointed Minister for Afghan Resettlement Victoria Atkins – had messages unopened in an official email address’ inbox. The Observer has stated that it has viewed evidence which suggests that this particular email account had an astonishing 5,000 unread messages during the past week.

While the ineptitude of Raab’s department is causing furore at home, there are even greater worries. Despite previous ministerial estimates suggesting that 1,100 Afghans would be left behind after the evacuation efforts, this number may in reality be far greater. Furthermore, an FCDO whistleblower with access to the email accounts in question said the majority of messages concerned multiple people. Thus, the government is not in a position to be able to accurately state how many have been left behind.

The whistleblower told The Observer:

“They cannot possibly know [how many Afghans are left behind] because they haven’t even read the emails. Even among those who’ve been registered, many have been left behind. But there’s also a much, much larger group of people who just haven’t been dealt with at all.” [1]

“[The] complacency and incompetence of this government has been exposed yet again and with tragic consequences…The fact that so many emails have simply gone unopened is not the fault of civil servants but of government ministers who have been missing in action during this whole crisis.” [1]

Two weeks ago, Dominic Raab was widely chastised by opposition politicians and fellow Tory MPs. This was after numerous papers revealed that he went on holiday when the Taliban was on the offensive throughout various parts of Afghanistan in recent weeks. While on his vacation, he had reportedly told staff, “Everything had to go to Goldsmith”, if any tasks needed to be actioned. [2]

Raab was referring to the notorious one-time London mayoral candidate Zac Goldsmith, who was elevated to the House of Lords by Boris Johnson in 2019, after the former lost his parliamentary seat. Lord Goldsmith currently serves under Raab as a Minister of State for Foreign Affairs (with responsibility for the Pacific region). In 2016, Goldsmith engaged in a smear campaign against Sadiq Khan, when the former sought to compete in the London mayoral elections against the then MP for Tooting. Goldsmith attempted to brand Khan as a terrorist sympathiser through his associations with so-called ‘extremists’. One such person Goldsmith accused Khan of “giving platform, oxygen, and cover” to was Sheikh Suliman Ghani. The incumbent Minister of State for the Pacific ridiculed Ghani at the time, describing him as “one of the most repellent figures in this country”. In actuality, the Sheikh happens to be a highly respected and mainstream imam from South London. [3] [4] [5]

Other European countries that had a combative role in Afghanistan have already ended their respective evacuation operations. The likes of Belgium, the Netherlands, Germany, and Denmark confirmed that their operations ceased on August 26, with the US remaining until August 31, which is the date President Joe Biden has repeatedly said he will stick to. [6]

Tragically, on Thursday a suicide attack claimed by Islamic State Khorasan Province (ISIS-K) – a regional offshoot of the broader ISIS terrorist group – took the lives of at least 60 Afghans and 13 US soldiers. Immediately following the airport suicide attack, the US intelligence community had warned of further imminent threats. America responded by launching a drone strike on suspected ISIS-K militants, killing two and reportedly injuring a woman and a child, based on testimony from local residents. A second US drone strike was reported to have taken place yesterday, with two ISIS-K terrorists believed dead in a vehicle laden with explosives that was en route to Kabul’s Hamid Karzai airport. [7] [8] [9]

However, after the bizarre and seemingly unorganised exit from Afghanistan, the US has been left red-faced. This was after it was reported on social media – and later on news platforms – that tens of thousands of military vehicles and equipment had been left for the Taliban to commandeer at their leisure. Dozens of Black Hawk and Mi-17 helicopters, three C-130 cargo planes, as well as a myriad of drones, assault rifles, and Humvees have been left scattered in bases that are now under Taliban control. As a result, one may legitimately pose the question: was the chaotic departure by the US and its allies intentional, as it would appear that the US simply handed the Taliban all of these valuable resources?