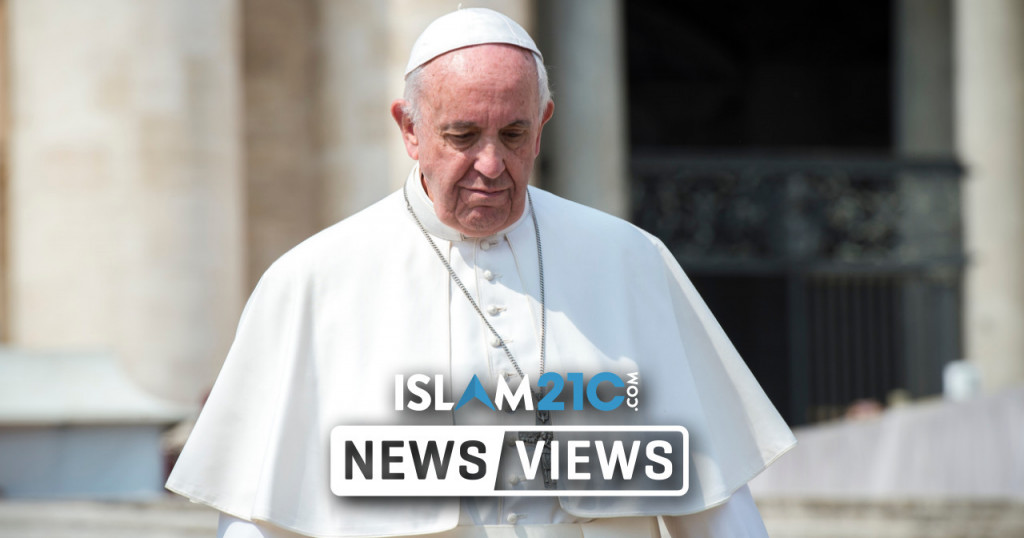 In utterly horrendous findings, a new report has unveiled the true extent to which male and female paedophilia has been freely practised by clergymen, clergywomen, as well as non-clergy members affiliated with the French Catholic Church over the past seven decades. [1] [2]

The publication of the damning 2,500-page report on Tuesday was the product of two-and-a-half years of independent inquiry. It found that hundreds of thousands of young children had been abused between 1950 and 2020. What is equally disturbing is that the Church concealed the fact from parents and the wider public in a “systemic way”, which ultimately amounted to a “veil of silence”. The Church had shown “deep, total and even cruel indifference for years”, said Jean-Marc Sauvé, the former civil servant who presided as head of the commission that compiled the report. Campaigners have subsequently demanded that the French Catholic Church provide prompt and adequate compensation for its members’ appalling crimes. [3]

Pope Francis, the bishop of Rome and leader of the worldwide Catholic Church, has expressed his “shame” upon learning of the dreadful news. During his regular audience at the Vatican, Francis stated:

“There is, unfortunately, a considerable number. I would like to express to the victims my sadness and pain for the trauma that they suffered…It is also my shame, our shame, my shame, for the incapacity of the church for too long to put them at the center of its concerns.” [4]

In addition, the failing French President Emmanuel Macron, who only last Monday was egged while speaking at a gastronomic trade fair in Lyon, said in particularly muted remarks:

“Behind the figures and terrible situations that are described, there are broken lives…There is a need for truth and compensation.” [4]

Macron’s words were bizarre, as they stood in stark contrast with his blunt attitude towards Muslims and Islam. The President has sought to radically reshape the Islamic faith in France, with the introduction of the so-called “charter of principles” forced upon the Conseil Français du Culte Musulman (French Council of the Muslim Faith) in early 2021. [5] Some may rightfully question why the French leader is not demanding that the Catholic Church be “enlightened” in the same way that he wishes for Islam to be reinvented. Surely, it would be of benefit to the country for the French Catholic Church to reform and ensure such abuses of power never occur again.

During the report’s presentation to the public, Francois Devaux, a victim of church abuse and the founder of the victims’ association La Parole Liberee, berated representatives of the Church:

“You are a disgrace to our humanity…In this hell there have been abominable mass crimes…but there has been even worse, betrayal of trust, betrayal of morale, betrayal of children.” [3]

The lengthy French report comes only a year after neighbouring Britain was rocked by similar findings. A study published by the Independent Inquiry into Child Sexual Abuse (IICSA) found that “between 1970 and 2015, the Catholic Church received more than 900 complaints involving over 3,000 instances of child sexual abuse in England and Wales”. Furthermore, there has been no sign that such abuse is merely a thing of the past, as “since 2016, there have been more than 100 reported allegations each year”. [6]

The UK’s IICSA findings were laid out in a 147-page report published on 10 November 2020. The outcome was essentially the same as what Sauvé’s report has discovered, albeit on a seemingly smaller scale. Nevertheless, in both cases, the evidence is clear and damning: the Catholic Church went to great lengths in order to hide its abuses and senior leaders have been resistant to independent oversight of such grievances until the last few years. Indeed, the UK has only had two reports since the start of the second millennium: the 2001 Nolan report and the 2007 Cumberlege report. However, few recommendations from these previous reports have actually been implemented at the policy level. In Britain, criticism was directed at the Holy See – the government of the Roman Catholic Church, headed by the Pope – for its conflicting approach to the sexual abuse scandal. The chair of the 2020 inquiry, Professor Alexis Jay OBE, said:

“For decades, the Catholic Church’s failure to tackle child sexual abuse consigned many more children to the same fate. It is clear that the Church’s reputation was valued above the welfare of victims, with allegations ignored and perpetrators protected. Even today, the responses of the Holy See appear at odds with the Pope’s promise to take action on this hugely important problem. While some progress has been made, there still needs to be lasting change to culture and attitudes to avoid repeating the failures of the past.” [6]