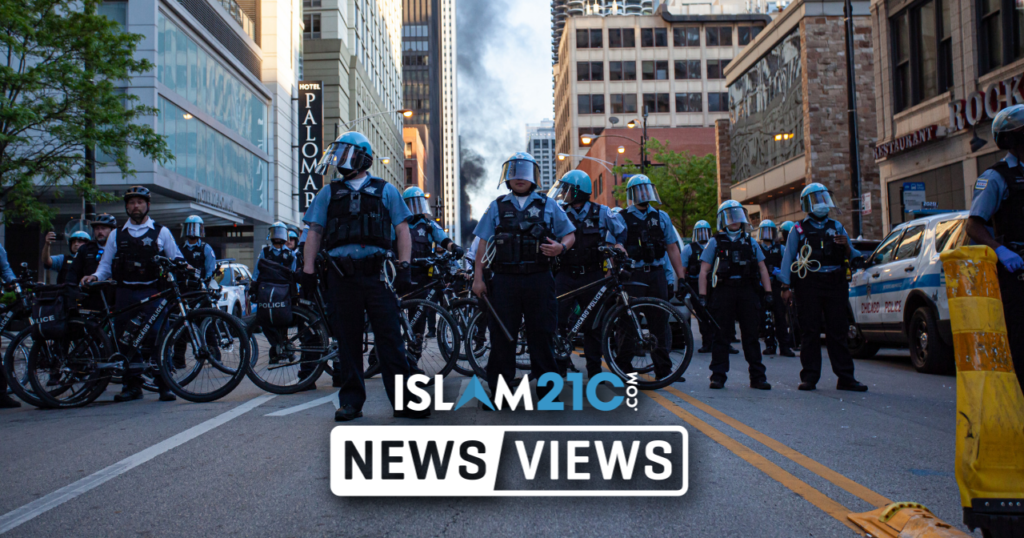 Demonstrations continue to take place in the wake of the brutal murder of George Floyd in Minnesota that continues to dominate headlines around the globe. [1]

In recent days, dozens of videos have surfaced on social media showing police brutality during demonstrations over the death of the unarmed black man. Civil rights groups in the United States have today sued Trump over the assault on peaceful protesters near the White House on Monday. [2]

Protestors were sprayed with tear gas, shot with rubber bullets, and forcefully removed as police brutally dispersed protesters from a park to allow Trump to take a photo near a church. [3]

The American Civil Liberties Union (ACLU) sued the administration of US President Donald Trump, claiming that officials defied the civil rights of protesters by “violating their constitutional rights and engaging in an unlawful conspiracy to violate those rights.” [4]

“The idea that the president would take charge of the situation using the military was troubling to me.”