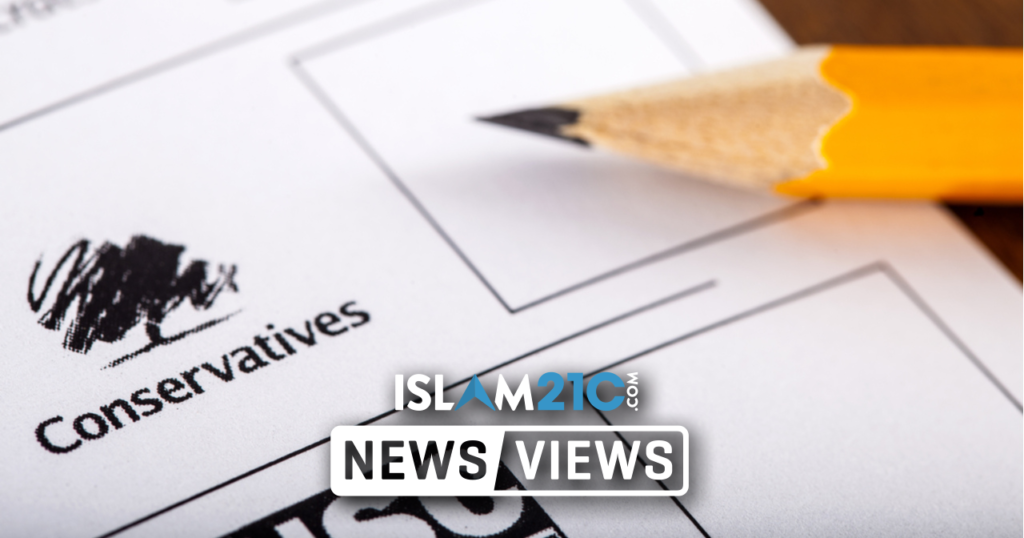 A dossier has revealed that 15 current and 10 former Conservative councillors have been involved in posting, sharing, and liking deeply islamophobic and racist content on social media.[1] The dossier, compiled by an anonymous Twitter user @matesjacob – an anti-racism campaigner – further highlights the well-known but much brushed-aside anti-Muslim sentiment engulfing the Tories.

Posts include alarmist statements that imply Muslims are anti-British. Others suggest that there is a “Muslim takeover”, and that Muslims are the “enemy within”.[2] In another example, Paul Marks, a councillor in Kettering, liked a post that read:

“[London Mayor Sadiq Khan] will always lobby against anybody or anything which finds itself in direct conflict with Islam. No doubt he will be voted in again by the exploding Muslim hordes that now dominate London and suppress any counter votes from the more white conservative outer London boroughs.”[3]

“That this vile creature was a elected mayor of London tells me all I need to know about that anti-British city.”[4]

Beverly Dunlop, who works as a councillor in Bournemouth, called for mosques to banned and complained about calls for an Islamophobia inquiry within her party.[5]

Several other cases were highlighted, including comments by Roger Taylor, councillor in West Yorkshire, who responded to the report with the now-standard Tory response: “…you are raising this to deflect from the antisemites in the Labour party.” The reaction is typical of how the issue has been dealt with thus far, despite evidence of an islamophobic undercurrent in the party coming to light time and again.

A Conservative Party spokesman responded to the dossier, stating that “All those found to be party members have been suspended immediately, pending investigation.”[6] This will add little comfort or assurance that the issue will be tackled, especially given that previous suspensions on the same matter were swiftly and quietly reversed.[7]

The revelations came just days after PM Boris Johnson backtracked on an earlier pledge to hold an inquiry into the issue.[8] Reacting to that news, former Tory MP Sayeeda Warsi tweeted:

“I am disappointed that the party, having now realised that there is a problem in relation to a specific form of racism is still trying to absolve its responsibility by dilute what it is that its going to look at.”

“Remember, we’re now four years into these matters first being brought to the attention of the party, three chairman later, two prime ministers later, the fact that we’re still prevaricating about even having an inquiry, and the kind of inquiry we’re going to have, shows just how dismissive the party have been on the issue of Islamophobia.”

“Let’s not forget that that the first issue raised by my colleagues and indeed the previous prime minister was that there really was no evidence of Islamophobia. Well, here we are four years later with dossier after dossier, dozens of dozens of cases being presented with the most vile evidence of racism within the party at every level from members of parliament all the way down to ordinary activists.”[9]

The Muslim Council of Britain released a strong statement of condemnation and concern earlier today, but it remains to be seen if it will be taken seriously.