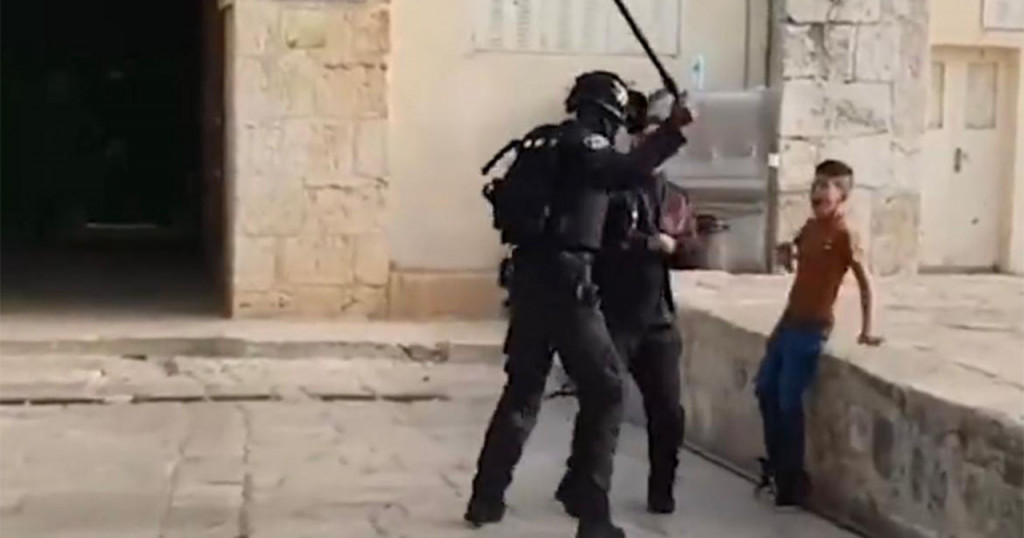 The government of Kuwait has condemned acts of violence by Israeli Occupation Forces (IOF) against Palestinian worshippers in the Al-Aqsa Mosque and the Haram Al-Sharif compound in recent days.

The Ministry of Foreign Affairs implored the international community, including the United Nations Security Council, to step up efforts to ensure the safety of defenceless Palestinian worshippers, the protection of the holy sites and immediately halting attacks by occupation forces.

On Friday, speaker of the National Assembly Marzouq Ali Al-Ghanim spoke of the importance in upholding global solidarity with the Palestinian people and to support them in any way, even if it be symbolically and to advance their cause for liberation and freedom against the occupation.

“What is happening in Jerusalem and Al-Aqsa is evidence that the terms struggle, solidarity and support have not died, but are key words articulated to obtain the inherent rights of the Palestinian people,” [2] the speaker of the National Assembly added.

Al-Ghanim’s comments reflect the Gulf state’s anger towards the occupation forces’ most recent aggression against Palestinian worshippers last week. Protests were held across Kuwait City with many civilians as well as politicians calling for solidarity and support for the Palestinian people.

According to national newspaper Kuwait Times that reported on the demonstrations, protestors chanted slogans of support for their oppressed brothers and sisters in Palestine. The protestors also called on the Arab world to do more to aid the Palestinians in their valiant resistance to the crimes and aggression of the occupation.

“We stand in solidarity, sympathize with them, and support them with prayers, money, and speeches. I would like to thank Kuwait government, civil society organizations and citizens, who are racing to serve and support this honorable cause,” [3] MP Osama Al-Shaheen said in a statement.

Another MP Hamad Al-Matar promised support from the people of Kuwait to the Palestinian people, adding that “Kuwait is a nation that we are proud of, and we are always supportive of humanitarian issues such as the Palestinian cause. Today, I will send a message to the hypocritical international community that defends everyone except the martyred heroes who defended their homeland.” [3]

On Tuesday, the Kuwaiti Ministry of Islamic Affairs announced an official edict requesting all Masajid and Islamic institutions around the world to pray for Palestine and their people engaged in the fight against Zionist oppression. Muslims around the world were requested to remember the Palestinian people the Du’ā al-Qunūt during the nightly Tarāwīh prayers.

Throughout the weekend and on Monday occupation fighters were filmed beating Palestinian journalists, activists and defenceless civilians with batons and clubs, injuring them in the process. None of the soldiers involved in these unprovoked acts of senseless violence were reportedly detained or questioned by the authorities.

On Sunday, video footage showed an armed Israeli fighter charging at Ala Soss, a Palestinian female activist and journalist. She was filming the attacks by the IOF when the attacker ran up towards her and hit her in the abdomen region, breaking her hand in the process. [4]

Shortly after attacking Soss, a gang of Zionist fighters can be seen crowding around Palestinian cameraman Rami Khatib, landing blow after blow all over his body and breaking his arm. Khatib can be seen falling to the floor and later being taken away by fellow Palestinians on a stretcher. [5]

Most harrowing of all, however, was the violent and unprovoked attack against a Palestinian father while his son looked on in horror and grief. The father can be seen defending himself against the attacker and walking away before more fighters come from behind him and attack him again. [6]

The recent attacks and violence by the occupation fighters signifies an annual trend by the Israeli regime in which settlers of the last remaining European colony in the Middle East routinely and violently attack harmless and defenceless Palestinian worshippers in the blessed and holy month of Ramadan.

In 2021, the Zionist occupation fighters carried out similar violent attacks against worshippers observing the nightly Tarāwīh prayers, indiscriminately firing stun grenades, tear gas and rubber bullets at worshippers as they stood in prayer. These unprovoked attacks forced the Palestinian worshippers to defend themselves with chairs and stones, for not doing so would lead to capture or even death.