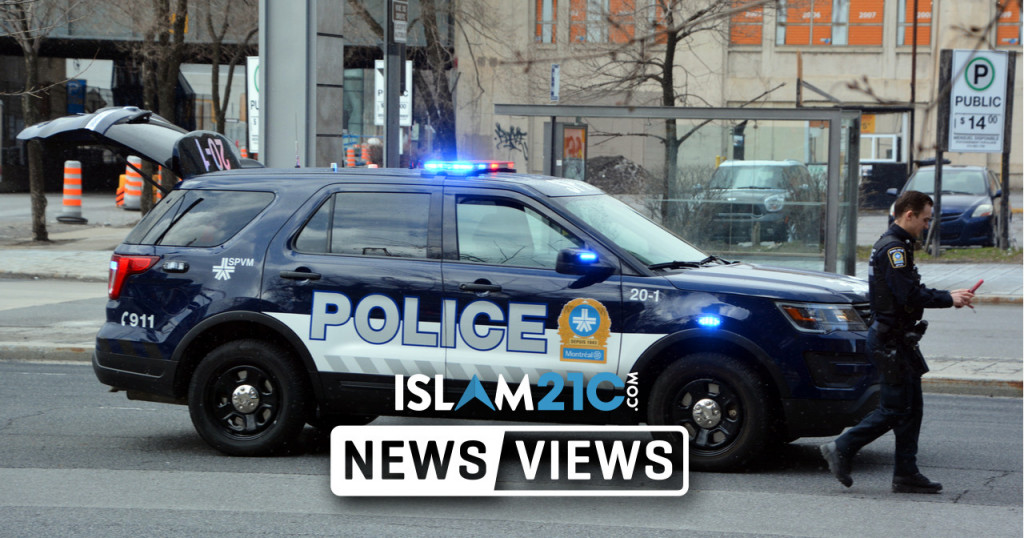 Canadian police have revealed that four members of a highly respected Muslim family in the Ontario city of London were allegedly mowed down by a 20-year-old man who has now been charged with four counts of murder and one count of attempted murder. The reported perpetrator, named as Nathanial Veltman, was apprehended by police inside a shopping mall located a few miles from the scene of the crime. Officers noted that he was wearing a “body armour-like” vest. [1] [2]

The city’s political leaders and its primary law enforcement agency were united and swift in calling out the reprehensible attack as a clear act of Islamophobia. London, Ontario mayor Ed Holder was explicit in proclaiming that the atrocity was down to a blatant hatred against Muslims by the accused Veltman.

“This was an act of mass murder perpetuated against Muslims…It was rooted in unspeakable hatred.” [3]

“There is evidence that this was a planned, premeditated act, motivated by hate…We believe the victims were targeted because of their Islamic faith.” [3]

Yesterday evening a mass murder occurred in Hyde Park are of #ldnont. It was motivated by hate and perpetuated against members of our community because they were Muslim. This racially motivated Islamophobic attack is intolerable.

The horrific events that took place in the neighbourhood of Hyde Park – located in the northwest of London – have tragically claimed the lives of three generations of the same family: an elderly woman and grandmother aged 77, another woman aged 44 alongside her 46-year-old husband, and their 15-year-old girl. A fifth member of the family, a 9-year-old boy, remains in hospital with serious injuries. Both husband and wife were professional members of the London community, the former a physiotherapist and the latter studying for her PhD in civil engineering at the Western University, London. [3] [4]

I’m horrified by the news from London, Ontario. To the loved ones of those who were terrorized by yesterday’s act of hatred, we are here for you. We are also here for the child who remains in hospital – our hearts go out to you, and you will be in our thoughts as you recover.

To the Muslim community in London and to Muslims across the country, know that we stand with you. Islamophobia has no place in any of our communities. This hate is insidious and despicable – and it must stop.

Eyewitness Paige Martin gave a harrowing account of events, describing the chaos caused by the driver of a black truck that sped through a red light and used his vehicle as a battering ram against the family of five. Martin said to reporters, “I can’t get the sound of the screams out of my head.” [3]

A friend of the family, Zahid Khan, gave more detail on the family’s background. He described them as being warm-hearted and exemplary members of the London Muslim Mosque; they had originally moved to Canada from their native Pakistan 14 years prior. “They were just out for their walk that they would go out for every day”, said Khan whilst battling his emotions near the scene of the murders. [3]

This brutal attack is the latest of its kind in Canada, which was named the world’s most tolerant country in the world in a 2015 study. [5] The most recent event of a similar scope to that of Sunday’s was the January 2017 shooting of six members of a Quebec mosque, the Islamic Cultural Centre of Quebec City. At the time, Prime Minister Justin Trudeau denounced the deaths as a “terrorist attack”. [6]

While terror attacks and hate crimes against Muslims in Canada have generally been far fewer in number than other countries in the world, including neighbouring America and European nations of France or Austria, the indigenous population of Canada have long suffered from oppression; parallels can be drawn between the treatment of the First Peoples and the likes of this family of five who were allegedly run down by 20-year-old Nathaniel Veltman.

At the same time, parallels can also be made with the Uyghurs in East Turkestan. There was recent national outrage, for example, when the bodies of around 215 indigenous children were discovered near the city of Kamloops in British Columbia. These children had “studied” at one time or another at the Kamloops Indian Residential School between the years 1890 and 1969. There, indigenous schoolchildren were forced to abandon their native languages and to convert to Christianity alongside shunning their culture. [7]

As the Assembly of First Nations National Chief, Perry Bellegarde, put it,

“It was our government’s policy to ‘get rid of the Indian’ in the child…It was a breakdown of self, the breakdown of family, community, and nation.” [7]

While the Canadian population is overwhelmingly supportive of the freedom of expression and freedom of religion, this horrendous event, which has taken the lives of three generations of a single Muslim family, must be seen in the same light as that of indigenous people who suffered at the hands of others, including the government of the day. Both attacks on indigenous peoples and on Muslims and other minorities – in Canada and internationally – ought to be treated as hate crimes and as terrorism, and both warrant an equal outpouring of outrage.

Canada has come a long way since the late 60s and continues to improve its attitude towards the First Peoples. At the same time, it is crucial that attacks against Muslims are seen in the same way and are responded to with the same fervour.

I would like to give my condolences to the Muslim community in Canada for the cowardly killing of almost an entire innocent family in London, Ontario Canada.

We remind the local Muslim community to look after the survivor who is a child and not to abandon him to be looked after by a non-Muslim family. It is important to collect some money to support this child until he grows up.

Nu’man b. Bashir (may Allah be pleased with them) reported that the Messenger of Allah (ﷺ) said, “The believers in their mutual kindness, compassion and sympathy are just like one body. When one of the limbs suffers, the whole body responds to it with wakefulness and fever”. [8]

This incident is a reminder for all of us of the reality of death, and that it can attack any of us at any time.

If this murder was carried out by a Muslim individual against a non-Muslim family you would see politicians and media jumping up and down to fabricate ideological motivations for the killing, asking for racist and Islamic reviews of Islamic material available to Muslim schools and families.

We would see politicians around the world condemning so-called “Islamic extremism” and travelling to Canada to show solidarity with the Canadian community. However, as this massacre was carried out against a Muslim family, by someone brainwashed by this frankly ubiquitous culture of Islamophobia and racism, it is unsurprisingly mentioned as a small piece of news by Western media outlets.

We do not ask for the racist and Islamophobic War on Terror discourse (which academics refer to as the “backbone of Islamophobia” around the world) to be inflicted upon others. However, the Muslims in Canada should indeed ask the government to take rational measures to prevent this from reoccurring, and to carry out deep introspection at the culture of demonising Islam and Muslims that has precipitated this recent symptom of a deeper problem.

We ask Allah to shower this family with his mercy and to protect the Muslim community in Canada, and around the world.

Share. Facebook Twitter LinkedIn Email Telegram WhatsApp
Previous ArticleBlessings in Disguise: The Plight of Masjid Al-Aqsa and the Palestinians
Next Article “Israel”: The End Is Nigh [Khutbah]