Muslim girl “abducted and beaten to death” in USA 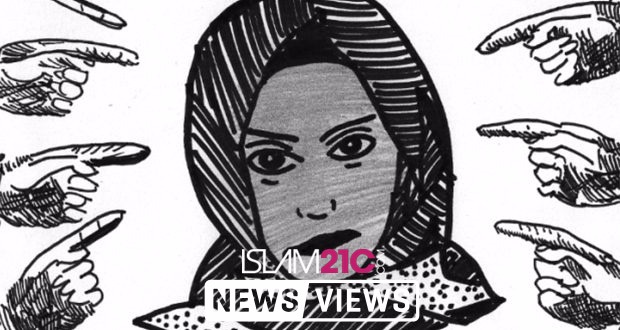 News came in yesterday of 17 year old Nabra Hassanen. Witnesses report that she and a group of friends left the local mosque in Virginia on Sunday, after the Tarawih prayers. It was then that a man jumped out of a car and assaulted her with a baseball bat. As her friends fled they realised she was no longer with them and a search for Nabra began.

Sadly, it was only at 3pm yesterday that she was found, floating dead in a pond. Inna lillahi wa inna ilayhi raajiun.

The attacker was later revealed to be Darwin Martinez Torres; he has been charged with her murder.

This story in particular has left the Muslim community feeling sickened and appalled. Accounts of hate-fuelled, Islamophobic crimes are, unfortunately, no longer surprising; however the malice that permeates the circumstance of Nabra’s death and the cowardice shown by Darwin Martinez who brutally attacked, abducted and murdered a school girl is unpalatable.

An element of this is striking and reveals a rising and confounding issue. Hearing the news of alt-right, white supremacist xenophobes carrying out Islamophobic attacks, though unquestionably unacceptable, is comprehensible merely by virtue of the fact that their narrow-minded nationalism causes them to view ethnic minorities as a threat. And yet, Darwin Martinez Torres is from an ethnic minority himself, likely the receiver of racial abuse throughout his life and even the subject of much political debate in his resident country vis-à-vis immigration laws. Though it has been suggested that his was not a hate crime but a “bout of road rage”, that he would mercilessly batter a young Muslim girl suggests an evident dehumanisation of the Muslim community by media outlets, political rhetoric and global anti-Muslim sentiment.

Regardless of the motives of the attack, Nabra’s death comes as a shock to the Muslim community. If she was indeed killed by a kāfir for being Muslim then this is an indication of her martyrdom, inshāAllāh. May Allah give strength and sabr to her family and friends during this distressing time. We hope they feel consolation that she died in this holy month of Ramadan, when the gates of Jannah are open and the doors of Jahannam are shut, after having performed the night prayer when Allah is closest to us in His mercy and magnanimity.

“On the first night of Ramadān, the devils and rebellious jinn are bound in chains; the gates of Paradise are opened until not a single gate remains closed. The gates of Hell are bound shut until not a single gate remains open. Then a caller calls out, ‘O desirer of good, go forth! O desirer of evil, restrain yourself! Allāh is emancipating people from the Fire every night’.”[1]

We pray that Allah grants Nabra Jannah, expands for her her grave, and forgives her sins.