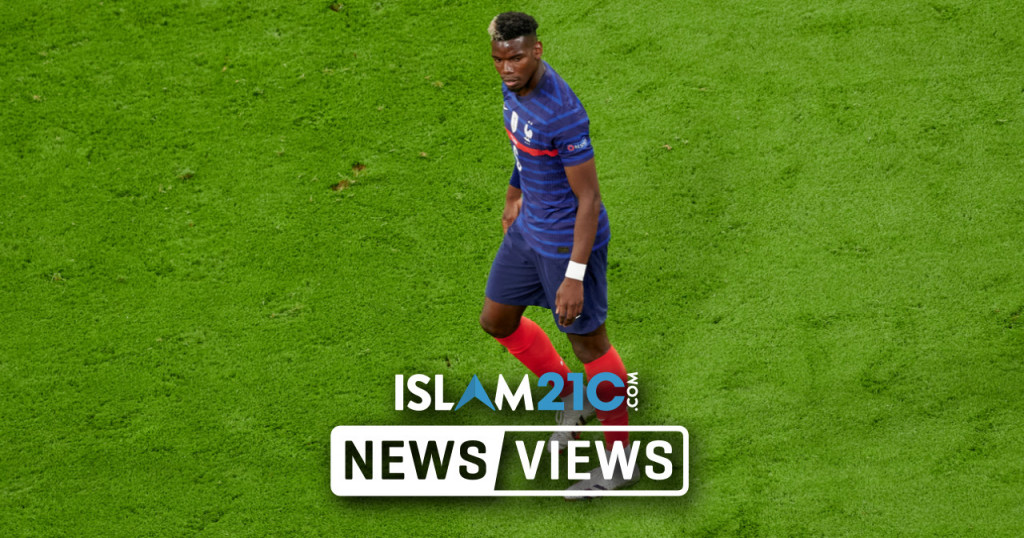 A prominent non-profit Muslim organisation has successfully developed a revolutionary charter which aims at highlighting many of the sensitive religious concerns and needs of Muslim athletes. Nujum Sports, a London-based Muslim organisation, launched the groundbreaking document in an attempt to raise awareness of the many challenges and complications that Muslim athletes face in the sports sector. The charter requests a number of accommodations which would allow Muslim athletes to perform their athletic requirements without contravening any of their religious tenets. [1]

*Press Release*
Nujum Sports launches the first and only Muslim Athletes Charter.
With an increase of more Muslim players in the profession, Nujum Sports' Muslim Athlete Charter aims to listen, learn, and adopt good practice to help our players flourish and our fans feel loved pic.twitter.com/VF33lainr7

The landmark ten-point Muslim Athlete Charter is comprehensive in its scope. Nujum believes that the document counts as being a crucial step for bringing change in the sports sector. Several prominent sports organisations have acknowledged the charter, and are already “making clear their support for creating positive change within their respective organisations, and collectively, across the UK sports sector.” In addition to welcoming these developments, Nujum will likely provide further support to these organisations, in order “to make progress on recognising and providing support for Muslim athletes.” [2]

In an interview with BBC Sport, the founder and CEO of Nujum Sports Ebadur Rahman celebrated the release of the charter as a landmark achievement:

“Having worked in sport, I am well aware of the difficulties being able to practice my religion…After speaking extensively to athletes and clubs, we felt it was the right time to have a Muslim athlete charter in place in the UK. We believe it is the first and only one of its kind. Clubs and organisations are joining a positive movement of solidarity, equality, and recognition of the contribution Muslims make at their respective clubs and teams.” [1]

Watford FC, which in April was once again promoted to the top tier of English football, is only one among several major football clubs to welcome the charter. These organisations have expressed a keen interest in taking the pledge and fully implementing the document’s articles. Most interestingly, Watford FC and four other Premier League clubs indicated their willingness to undertake such religiously sensitive commitments even before the release of the charter.

✅ We are proud to be among the first @premierleague clubs to pledge our support for the Muslim Athletes Charter, launched by @NujumSports. https://t.co/ClfhOCzThR pic.twitter.com/VnFdJzgSCi

The first article of the charter concerns the second pillar of Islam, ṣalāh (prayer). It stipulates that all subscribing organisations shall fully commit to the following:

“Muslim athletes will be provided with appropriate places to pray whenever training, travelling or participating in competition.” [2]

Moreover, article two emphasises the need for clubs and organisations to provide “Halal food whenever food is prepared for all athletes.” The charter adds in another article that players ought to be allowed to attend Friday prayers whenever their team is neither travelling nor partaking in any athletic events. In addition, the document stresses the fact that the consumption of alcohol is strictly forbidden in Islam, and urges non-Muslim colleagues to be aware of this religious ruling. Appreciation of this sensitive matter is important, particularly in light of athletic celebratory events which sometimes include “the distribution and spraying of alcohol.” [2]

Alongside the ten articles of the charter, there is also a supplementary section affixed to the document, which is entitled as What is your starting point? This section grills sports organisations on their internal policies with respect to the religious rights of athletes. Concerning available remedies for religious discrimination, the following question is posed: “Do you have policy and guidance on raising grievances as a result of being discriminated against based on religion?” Regarding religious accommodation policies, the document asks whether Muslim athletes are given any special privileges: “Do you give time off to athletes on religious grounds during Ramadan, Eid, or for performing the Pilgrimage (Hajj)?” [2]

Nujum Sports is a non-profit organisation, and was established as a community interest company (CIC) last year. The company’s interesting name is based on the Arabic word nujūm, which means stars. The group’s proclaimed vision is to create “a world where Muslim athletes flourish and fulfil their potential”. Despite its recent appearance, it has quickly grown in influence and reflects the desire of young Muslims to participate in sporting activities in the UK. In addition, the recognition it has received from professional clubs indicates its strong commitment to building rapport with Muslim players and youth in their respective athletic fields. [3]

The release of the charter comes at a most opportune time. Just last week, the French international footballer Paul Pogba, who plays as midfielder for Manchester United, made headlines when he removed a bottle of non-alcoholic Heineken beer that had been placed in front of him before his interview. Pogba was named “Man of the Match” in France’s 1-0 win over Germany in their Euro 2020 opener. [4]

The powerful gesture by Pogba was comparable to the actions of another professional footballer. Just a day before Pogba made headlines, the Portuguese national team captain Cristiano Ronaldo removed two bottles of Coca Cola from view during his own question and answer session with the press. Whilst Ronaldo is well known for being a health fanatic, Pogba’s gesture held more significance. Evidently, Pogba’s move reflected his discomfort of having his name associated with a multinational brewing company.

In a 2019 interview with The Times, Pogba gave a touching account of his bond with Islam:

“It’s everything. That’s what makes me thankful for everything…It made me change, realise things in life. I guess, maybe, it makes me more peaceful inside. It was a good change in my life because I wasn’t born a Muslim, even if my mum was. I just grew up like that, respect for everyone. Islam is not the image that everyone sees – terrorism…What we hear in the media is really something else, it’s something beautiful.” [5]

Shortly after Pogba’s removal of the Heineken bottle, there has already been a positive change in attitude. From now on, managers and players will be asked if they have any objections to having alcohol placed on interview tables due to religious sensitivities or ethical grounds. [6]

Earlier this year, just before the commencement of the month of Ramadan, Nujum Sports delivered a number of Ramadan packs to players across 92 clubs, which included Huddersfield Town AFC. In a video message, Ebadur Rahman made the following remarks when explaining the significance of the packs:

“It’s important that we provide support to the Muslim players because Ramadan is a special time for them and especially with lockdown at the moment players will be alone breaking their fast.

“It’s important they feel a sense of community, and by providing this little bit of support we hope this Ramadan can be a special one for them.” [7]