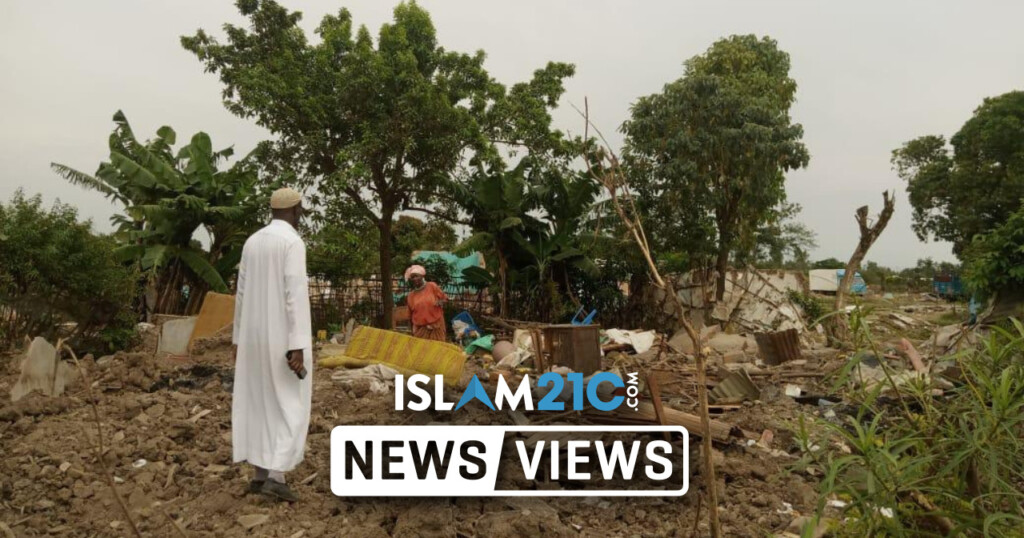 In sparsely reported news, a staggering 3,500 people were made homeless overnight from the Kibos settlement in Kenya’s Nyanza Province. [1]

On 5th February, the Kenya Railways Corporation, under the orders of the Kenyan Government, illegally demolished the Kibos settlement in the face of a court order protecting the community. Nubians first developed upon Kibos in 1938, but 83 years later, at least 500 homes and 2 nurseries have been left flattened. [2]

The largely Muslim local population were at the sharp end of a brutal and forceful eviction by Kenyan police acting in the interests of the Railways Corporation, which claims ownership of the land. Police fired tear gas at residents to force them out of their homes. A bulldozer was responsible for tearing down a home in which a young girl became trapped and crushed to death.

The human rights organisation Amnesty International quickly released a statement condemning the Kenya Railways Corporation and ultimately the Kenyan Government for the entirely avoidable situation in which more than 3,500 people suddenly found themselves with nowhere to live and in search of shelter. The statement reads:

“On 5 February, 3,500 residents of Kibos, Kisumu County, Kenya, were brutally evicted by the Kenya Railways Corporation. Armed police used teargas to force residents out of their homes. As a bulldozer brought down their homes, one child was trapped under debris and killed. The residents, belonging to the Nubian community, claim that no written eviction notice was issued. This unlawful act was done in violation of the Presidential moratorium on evictions during the COVID-19 pandemic issued on 11 May 2020.” [3] 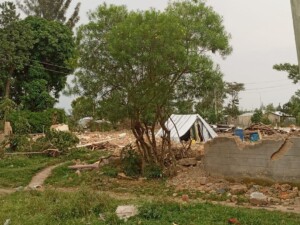 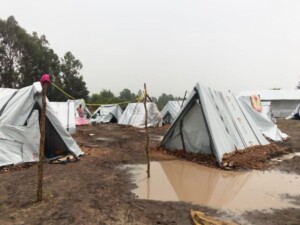 For the past few weeks, the evicted locals have been living rough in makeshift tents provided by the Kenya Red Cross, or under trees. Neither of these living conditions are waterproof, and during the wet and cold weather, it is proving to be very challenging indeed. [4] Photographs taken in Kibos show the true scale of the situation, with people seen in tents and rubble strewn across the grounds of their former homes. [5]

The Government has claimed that the demolition of the mosque was necessary to continue development on a Kenya-Uganda railway line to boost economic growth in Western Kenya.

In addition to the unlawful action by the Railways Corporation to evict thousands from their homes that have served generations since the time of “British Kenya”, an 83-year-old masjid of significant cultural importance was also razed. [6]

The Jamia Mosque of Kibos was unremorsefully pulled down to rubble, with Aden Duale MP – the former Majority Leader of the Kenyan National Assembly – expressing on Twitter his outrage at the “immoral, anti-Islam” destruction of the revered place of worship.

The demolition of Jamia Mosque, Kibos, Kisumu county is immoral, anti Islam and uncalled for. This Masjid was build in 1938 and was demolished at 3am by Kenya Railways. Under any circumstance, it is unconstitutional, affront to the freedom of worship and abuse to the Muslim umma. pic.twitter.com/Vr5pqvqnIK

“It’s forbidden to demolish houses of worship. I condemn Kenya Railways who acted against an existing court order to demolish the Mosque & residential houses leaving many innocent Kenyans homeless. Even in heinous regimes, none in the history has ever demolished  house of worship.” [7]

Quoting the 187th verse of Surah al-Baqarah, the Garissa Town MP made clear, “We shall protect all houses of worship including those of other faiths. Islam does not allow destruction of places of worship…” [8] [9]

For many years, Kibos has been in a constant battle over ownership, with the Railways Corporation claiming it to be theirs, while the local population have fought to prove the same. The statement by Amnesty reads:

“The ownership of Kibos has been challenged repeatedly,  with  Kenya  Railways claiming ownership of the land and threatening to evict the community.  The community successfully filed a petition under a Certificate of Urgency to seek a conservatory order preventing Kenya Railways from evicting them until ownership is ascertained in Environment and Land Court (ELC).” [2]

The Supreme Council of Kenya Muslims (Supkem), which has stated that the demolition of the community’s homes came without warning, has demanded that the now-demolished mosque be rebuilt within 30 days. In addition, the council argues that those displaced be resettled and provided with title deeds to give a sense of security for future generations and to ensure such dire action does not happen again.

“We are signatories to the UN Convention on Evictions which requires that evictions be done in a humane manner. This includes that they [demolitions] should not be done at night…” [10]

“I did not expect the government to demolish a place of worship. I hope they build a mosque at the same spot to show that they know they have made a mistake.” [10]