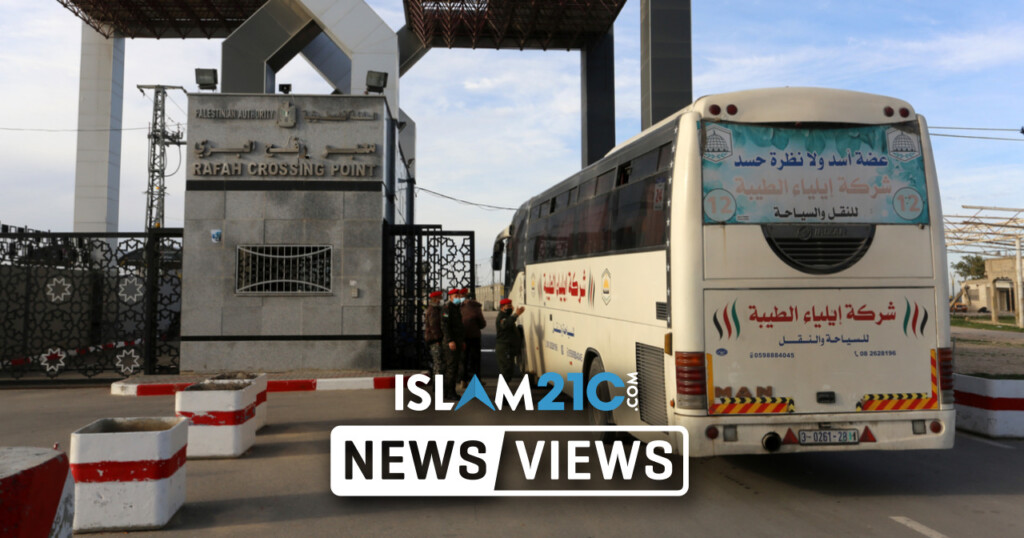 Egypt has reopened the only border point between the besieged Gaza Strip and the Arab Republic of Egypt – the Rafah Border Crossing. This follows the Cairo discussions between the Palestinian political rivals, Hamas and Fatah, after more than 14 years since the border’s partial closure in 2007 on account of Hamas taking control of the coastal Palestinian enclave.[1]

The past two days has seen dialogue underway in the Egyptian capital, with Hamas and Fatah appearing to have finally established common ground concerning the upcoming electoral processes.

The two factions, along with approximately 12 other political groups, agreed on the “mechanisms” that would govern how the first elections in the occupied territories since 2006 will pan out.[2]

Fatah and Hamas also agreed that political prisoners will be released and that campaigning for the election would be unrestricted. The creation of an “election court” was confirmed. The court will be comprised of judges from Gaza, the West Bank, as well as East Jerusalem, to preside over any disputes where votes are contested or any other electoral issues.[3]

Palestinian sources who attended the two-day meetings said that Egyptian intelligence officials had told them Egypt had chosen to incentivise a further warming of relations between the political factions by opening the crossing, after seeing “intensive and bilateral talks between the Palestinian and Egyptian leaderships to facilitate the passage of Palestinians to and from the Gaza Strip”. [3]

The Rafah Border Crossing has been a point of contention in recent decades. ‘Israel’ has had a blockade over the Gaza Strip since 2007, severely limiting electricity supplies as well as much-needed food relief to the impoverished region. The Gaza Strip has been termed an “open-air prison” by multiple media outlets, as well as the famous anonymous street artist Banksy.

“Gaza is often described as ‘the world’s largest open-air prison’ because no one is allowed to enter or leave. But that seems a bit unfair to prisons—they don’t have their electricity and drinking water cut off randomly almost every day.”[4]

In anticipation of making the voyage to Egypt and potentially further afield, many people have already begun to register their names with the government in Gaza. Al Jazeera’s Ramallah correspondent, Nida’ Ibrahim, said:

“Thousands have already been registering their names with the interior ministry in Gaza, hoping they can make their way into Egypt – it’s their only lifeline to the outside world…”

“Many are still concerned that… they’re not going to be treated greatly, specifically due to security concerns by the Egyptians.”

It remains to be seen whether the planned elections actually take place, with many Palestinians reportedly being sceptical. Al Jazeera reports that some are of the view that the long-serving Palestinian Authority President, Mahmoud Abbas, is using this façade of national healing with Hamas to woo over the newly installed President of the United States, Joe Biden. [2]