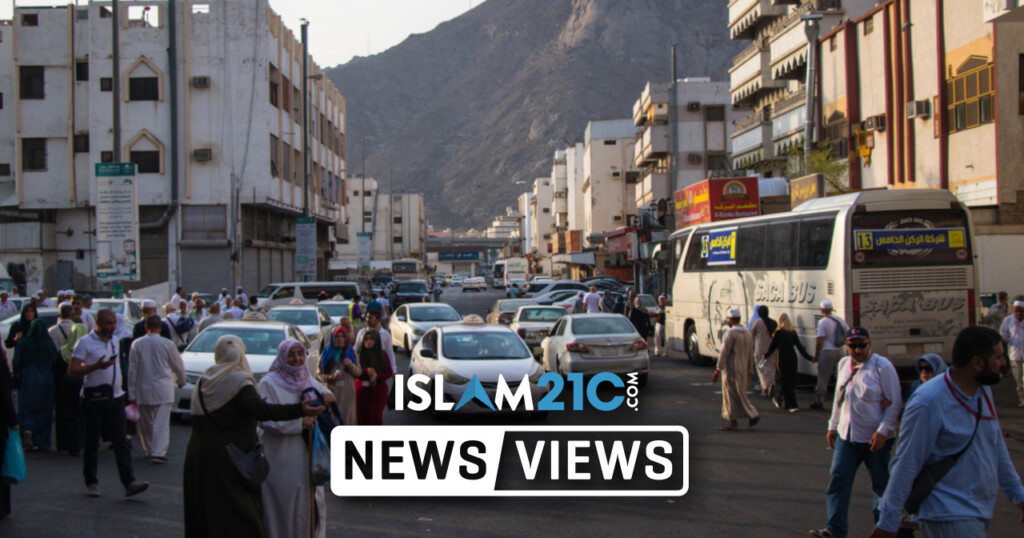 The Saudi news outlet Maaal has reported that a new system will be implemented next year.[1]

The kafala (‘sponsorship’) system requires the vast majority of non-Saudis living in the Kingdom to be under the sponsorship of a Saudi national or a registered company.

Under the current labour laws, all foreign employees are forbidden by law from changing jobs, traveling abroad or leaving the country permanently without the express permission of their sponsors.[2]

The current labour system has been criticised at home and abroad as a form of indentured servitude and modern slavery.

According to reports, the overpowering laws are set to be replaced with standard work contracts that will outline the responsibilities and rights of both employers and workers.[3] The abolishment of the kafala system will have dramatic effects on the flow of labour in Saudi Arabia and on the lives of over 10 million expats.

Currently, foreign workers in Saudi Arabia must be tied to a sponsor. They are unable to change jobs, open a bank account, leave the country on vacation, or replace a lost ID card without permission from their sponsor.

In light of the COVID-19 lockdown and the closure of many industries around the country, many foreign workers have been stuck in limbo and have been unable to change employers or return to their home countries. The conditions have forced many into even deeper levels of poverty, resorting to unregistered employment or begging.

A study in 2008 by Human Rights Watch covering the abuse of domestic workers in Saudi Arabia stated: “While many domestic workers enjoy decent work conditions, others endure a range of abuses including non-payment of salaries, forced confinement, food deprivation, excessive workload, and instances of severe psychological, physical, and sexual abuse.” [4]

The report documented dozens of cases and the conditions faced by some workers, which were described as “forced labour, trafficking, or slavery-like conditions.”

According to Maaal, which cited ‘anonymous sources’, the new system would take away the unchecked rights of employers with new laws scheduled to be announced as early as next week and put into effect in 2021.

Responding to the reports, the Saudi Ministry of Human Resources and Social Development tweeted that it was “working on a number of initiatives to organise and develop the labour market”, adding that details of these plans would be announced “when they are ready.”[5]

However, the latest reports are not the first time that these rumours have been circulated. In February earlier this year, Maaal and other outlets shared similar reports[6] claiming that the abolition of the kafala system was “imminent.”[7]

The reports drew heavy criticisms from Saudi employers concerned about losing their grasp over their labour force. The Saudi government issued an official denial of the change following the February reports.[8]

Working conditions for foreign labour is an increasingly sensitive topic in Saudi Arabia, as the climate of nationalism and xenophobia gradually rises. Around one third of the populace in Saudi is formed by foreign workers, resulting in the rising population of unemployed Saudi nationals to blame expats for their unemployment.

This time, the report from Maaal stressed that Saudi nationals were “the first to be harmed by the kafala system,” laying out how the current rules contributed to citizen unemployment and other harms to the economy.

Some economists have argued that the system only serves to entrench an unbalanced labour system, harming the economy as private employers hire and exploit cheap foreign labour as the unemployment rate among the Saudi nation.[9]

The latest revelations have seen a more diverse range of reactions from Saudis, with many conceding that the current system is untenable. Others however remain in opposition, concerned that any increase in rights for foreign labour will hurt unemployed Saudi nationals while giving “foreigners too much power.” [10]

The new labour reforms were initially due to be announced in the first quarter of 2020,[11] but were delayed due to the COVID-19 pandemic, according to Maaal.

The Saudi Ministry of Human Resources and Social Development is set to host a press conference next week to introduce reforms aimed at “increasing the competitiveness, attractiveness and flexibility of the Saudi labour market in accordance with international standards”, according to invitations sent to journalists.[12]

The kafala system was implemented in the 1950s, roughly a decade before the remarkably late abolition of slavery in Saudi Arabia in 1962.[13] The extensive power granted to employers by the system, as well as its timely installation prior to the end of legal slavery, has led the International Labour Organization (ILO) and many others to describe the kafala system as a “contemporary form of slavery”. [14]

The ILO report states: “The immense control and largely unchecked power over workers creates an environment ripe for human rights violations and erosion of labour standards.”

While many in Saudi undoubtedly hope for an end to the imbalanced and often unjust laws of the current kafala system, the general stance seems to be one of “I’ll believe it when I see it.”