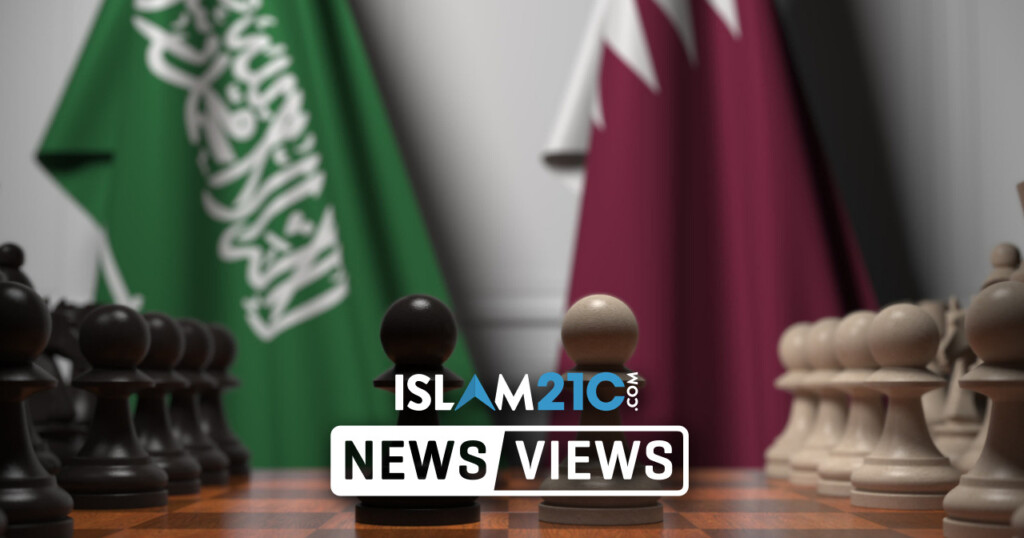 Qatar and Saudi Arabia, the two economic and political heavyweights in the Gulf, are reportedly drawing near to reaching a consensus and preserving ‘Gulf solidarity’ in order to end a bitter diplomatic spat that has raged since June 2017. [1]

Saudi Arabia has been frustrated for some years by Qatar’s willingness to implement its own unique foreign policies independent of other Gulf Cooperation Council (GCC) nations. This came to a head in 2017 when Saudi Arabia gathered with fellow GCC member states Bahrain and the UAE, as well as non-member state Egypt, in disavowing Qatar as their fellow Arab brethren.

“We hope that this progress can lead to a final agreement which looks in reach, and I can say that I am somewhat optimistic that we are close to finalising an agreement between all the nations in the dispute to come to a resolution that we think will be satisfactory to all.” [2]

On the same day, the Qatari Foreign Minister Mohammed bin Abdulrahman Al Thani was quoted as saying (in reference to Kuwaiti and American mediation during the crisis):

The Kuwaiti statement is an imperative step towards resolving the GCC crisis. We express our gratitude to the State of Kuwait for their mediation & the United States for their efforts. The interest and security of the people of the Gulf & the region remain our top priority.

“Right now, there is a movement that we hope will put an end to this crisis… We believe the end of the crisis is important for the security of the region and for the sake of our people. This crisis needs to end based on mutual respect and the rights of all people of the Gulf.” [2]

The elongated metaphorical game of chess concerning the neighbouring states appears to be ending in a stalemate, with Saudi Arabia having demanded for the past three years that Qatar implement in full a 13-point ‘ultimatum’.

Some of the demands included shutting down the national broadcaster Al Jazeera; the expulsion of Turkish soldiers from Qatari soil; and ending contact with groups such as al-Ikhwān al-Muslimīn (the Muslim Brotherhood). [3]

One of the main points of reasoning behind the blockade was the allegation that Qatar had been sponsoring terrorism by allegedly providing military and financial aid to al-Qaeda as well as ISIL (the so-called Islamic State of Iraq and the Levant).

Qatar has always denied these charges and has from the outset strongly opposed implementation of any of the points listed in the ‘ultimatum’.

When Bahrain, the UAE, Egypt, and Saudi Arabia initiated the diplomatic embargo on Qatar, regional allies Turkey and Iran swiftly stepped in to provide logistical support. As a result, the Saudi-led crisis appeared to have had very little long-term impact on the health of Qatari coffers.

Saudi Arabia’s influence on the Trump administration meant that it had American backing, but with the United States having its largest military base in the Middle East on Qatari soil, it has had to tread a fine line concerning the Al Udeid Air Base, which contains the Combined Air and Space Operations Center that houses command and control of air power throughout Afghanistan, Iraq, Syria, as well as approximately 17 other countries around the globe. [4]

It is likely that, for the foreseeable future, negotiations will continue in order to achieve a somewhat frosty restoration of diplomatic relations between Saudi Arabia and Qatar. Nevertheless, with the US going through a presidential transition period, the likes of White House Senior Adviser Jared Kushner and US Secretary of State Mike Pompeo are clearly intent on trying to secure a more unified Gulf region in order to keep potential threats from Iran at bay. [5]