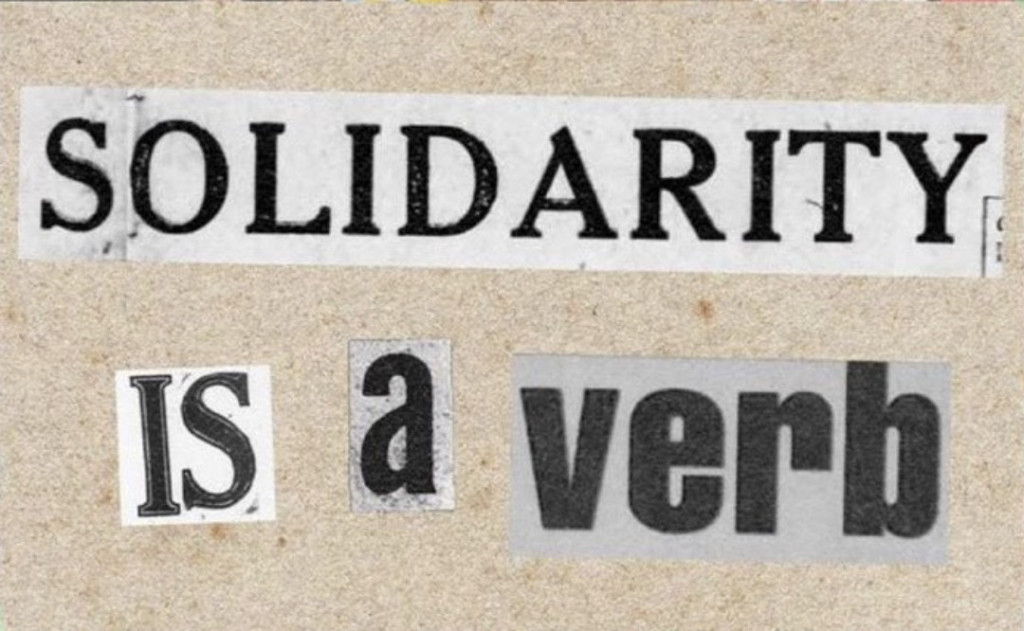 The acclaimed British actress and UN Women Goodwill ambassador Emma Watson has been defended by Hollywood actors, comedians, musicians, directors, producers, composers, screenwriters, and playwrights following a recent social media post in which the performer expressed solidarity with the Palestinian cause. Regrettably, baseless smear attacks have been made against Watson for alleged anti-Semitism following a 2 January post on the social networking platform Instagram. Colleagues in the movie industry, including Mark Ruffalo, who gained international recognition following his numerous depictions of the Hulk in the Marvel Cinematic Universe; Doctor Who legend Peter Capaldi; as well as veteran small and big screen actor Charles Dance OBE have all weighed in to vehemently back Watson. [1] [2] [3]

Indeed, in a January 13 joint statement signed by over forty professionals from the television and film industries, supporters have strongly defended Emma Watson for the social media post she made earlier this month. The letter, which was released by the cultural network Artists for Palestine UK, has seen prominent industry professionals including the abovementioned actors as well as Gael García Bernal, Susan Sarandon, Harriet Walter, Viggo Mortensen, and dozens more come together to defend the British film star.

“We join Emma Watson in support of the simple statement that ‘solidarity is a verb’, including meaningful solidarity with Palestinians struggling for their human rights under international law. We oppose injustice anywhere in the world and stand with all those seeking an end to oppression.

“We stand against ongoing Israeli attempts to forcibly displace Palestinian families from their homes in the East Jerusalem neighborhoods of Sheikh Jarrah, Silwan and elsewhere in the occupied Palestinian territory.” [1]

Going further in their letter and invoking the spirit of the recently deceased South African Archbishop and Palestinian rights advocate Desmond Tutu, the signatories added:

“We recognize the underlying power imbalance between Israel, the occupying power, and the Palestinians, the people under a system of military occupation and apartheid, as described by Human Rights Watch, B’Tselem, Israel’s leading human rights organization, and by Palestinian and international human rights experts.

“We condemn all forms of racism, including antisemitism and Islamophobia. Opposition to a political system or policy is distinct from bigotry, hatred and discrimination targeting any group of humans based on their identity. We see the former as a legitimate and necessary form of political and ethical expression and the latter as racism – pure and simple.

“The late Desmond Tutu once said, ’If you are neutral in situations of injustice, you have chosen the side of the oppressor.’ Heeding Tutu’s moral appeal, we stand on the side of justice, freedom, and equal rights for all. This is the least we can do.” [1]

31-year-old Watson is widely known for her humanitarian services with the UN, in addition to her acting work in independent as well as blockbuster films. The actress witnessed a rapid rise to fame owing to her first professional role as Hermione Granger in the Harry Potter franchise. In the 2001 release Harry Potter and the Philosopher’s Stone, the then 10-year-old Watson joined co-stars Daniel Radcliffe and Rupert Grint, as the production saw record-breaking opening-weekend takings. The movie went on to become the highest-grossing film of the year. In the seven subsequent films, which were derived from the eponymous novels by Scottish author J.K. Rowling, Watson reprised her role as Granger. In fact, Watson was the highest-paid female performer in Hollywood during the year 2009. In the past few years, she has championed women’s rights, race rights, and called for urgent action to tackle and mitigate climate change. During the 2021 UN Climate Change Conference in Glasgow (commonly referred to as COP26), Watson hosted a panel with several guests, including Swedish climate activist Greta Thunberg. [4] [5] [6] [7]

Prominent actors and actresses such as Ruffalo, Capaldi, Dance, as well as the comedian Steve Coogan, award-winning producer James Schamus, and Oscar-nominated directors Mira Nair and Asif Kapadia have all lent their backing to the powerful statement of support. Despite this hefty list of backers, it is no surprise to learn that Zionists and pro-Israeli supporters appear to remain none the wiser when it comes to distinguishing between the entirely separate concepts of anti-Semitism and anti-Zionism. Indeed, the social media post triggered a huge uproar amongst Zionists and saw Danny Danon – the former science minister under ousted Israeli leader Benjamin Netanyahu – pathetically attempting to mock Watson using references to the Harry Potter franchise. “Ten points from Gryffindor for being an antisemite,” said Danon. [3]

Moreover, Israeli ambassador to the UN Gilad Erdan commented along similar lines by issuing a tweet on January 3, in which he suggested:

“Fiction may work in Harry Potter but it does not work in reality. If it did, the magic used in the wizarding world could eliminate the evils of Hamas (which oppresses women & seeks the annihilation of Israel) and the PA (which supports terror). I would be in favor of that!” [8]

While Watson’s Instagram post included a picture of pro-Palestinian rights campaigners marching during what appears to be an entirely peaceful demonstration, the picture was also overlaid with a visual that read: “Solidarity is a verb.” In her post, she also included a quotation from Sara Ahmed, a British-Australian writer on postcolonialism and other critical fields. The quotation in question is the following:

Watson is invested in a number of causes, including the prominent Black Lives Matter movement, as well as the promotion of environmental justice. Similarly, one of the signatories of the joint statement is none other than Mark Ruffalo, who himself is a proponent of Palestinian rights. During an October 2020 interview with the British-American journalist Mehdi Hasan, Ruffalo decried the “asymmetrical warfare” employed by Israeli forces in subduing the Palestinians. [9] The Avengers star added during the interview: