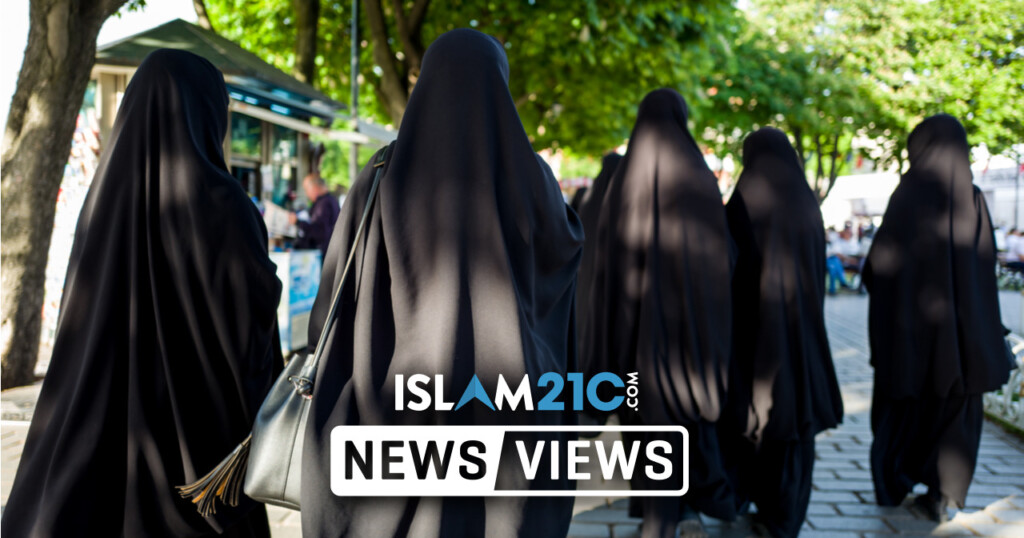 After finally being forced to reverse its unacceptable and degrading policy of cremating the bodies of all Covid-related deaths, the Sri Lankan government has introduced a new measure that again targets Muslims: a ban on the burka. [1] [2]

Sarath Weerasekera, Minister for Public Security, shared the development at a news conference where he explained that he had authorised a government paper seeking Cabinet approval for the full face covering that many Muslim women in Sri Lanka choose to wear.

“The burqa has a direct impact on national security… In our early days, we had a lot of Muslim friends, but Muslim women and girls never wore the burqa… It is a sign of religious extremism that came about recently. We will definitely ban it.” [3]

The minister has based his decision concerning the burka on “national security”, falsely conflating the donning of the burka with extremist attacks that have rocked the island nation in recent years, including the bombing of hotels and churches in 2019. At the time, the government placed a temporary ban on the burka. [4]

In response, the vice president of the Muslim Council of Sri Lanka, Hilmi Ahmed, told the BBC that if there were ever the need for government authorities to identify those who wear the burka, “there would not be any objection from anyone to remove the face cover for identity purposes.” [5]

Ahmed also argued that all citizens had a right to wear a face covering, irrespective of their faith. Ahmed requested that the government look at it “from a rights point of view, and not just a religious point of view.” [5]

In a nation where 9.2% of the population identify as Muslim, the imminent change in legislation could affect many Muslim women and risk further alienating the close to 2m adherents of the Islamic faith. [6] [7]

The Buddhist-majority country has been led during various periods in the last few decades by the Rajapaksa political dynasty. In the months following the Easter Sunday bombings of 2019 – which were blamed on ISIS – Gotabaya Rajapaksa was elected as president. Rajapaksa, who had a large role in decimating the Tamil Tigers during the later years of the bloody civil war of 26 years, is the brother of Sri Lankan Prime Minister and former President Mahinda Rajapaksa, and Chamal Rajapaksa, who was until 2015 the Speaker of the Sri Lankan parliament. [8]

In addition to the incoming burka ban, the Government is also seeking to shut down over a thousand Islamic schools for what it says is a widespread collection of unregistered education centres. Weerasekera also went on to say, “Nobody can open a school and teach whatever you want to the children… It must be as per the government laid down education policy.” The minister continued by alleging that of the various madrasahs across the nation, the majority “teach only the Arabic language and the Koran, so that is bad…” [2] [5]

Concerning the sheer number of Islamic schools that are in the Government’s line of fire, Hilmi Ahmed suggested that the overwhelming majority of such institutions are indeed registered with the Government and follow the curriculum as set by law.

“There may be… about 5% which have not adhered to the regulations and of course action can be taken against them.” [5]