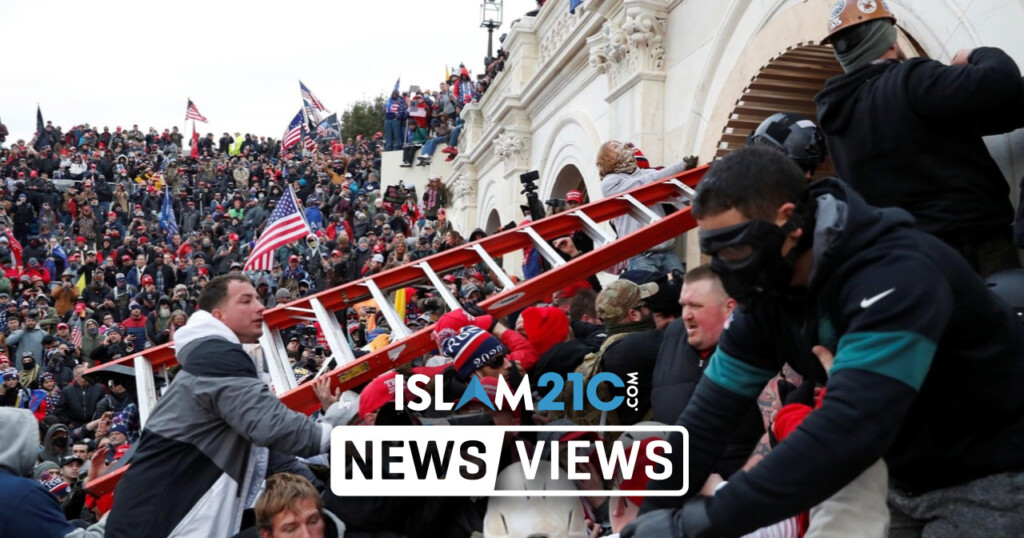 The outgoing US President Donald Trump reportedly received the shock of his life on Friday evening as he was informed by advisers that his personal Twitter account was suspended indefinitely.

A senior Trump administration official, who spoke to the American news corporation Politico, said that Trump was “ballistic” upon learning that Twitter had decided to permanently shun him from the social media platform.[1]

Up until Friday night, Trump had used his personal Twitter account @realDonaldTrump on a regular basis, obsessively tweeting during his election campaign in 2016 and well into his presidency. Trump amassed a staggering 85 million ‘followers’ on the site and consistently released outright falsehoods and highly inaccurate statements that his supporters often took as gospel, making America’s population more fractured on a political level.[2]

The last straw was drawn when protesters stormed the heart of the American federal government, the Capitol Building in Washington D.C. Trump was ultimately blamed for inciting violence and mob antics by saying in a preceding speech to supporters on the 6th of January:

“You’ll never take back our country with weakness. You have to show strength and you have to be strong. We have come to demand that Congress do the right thing and only count the electors who have been lawfully slated. I know that everyone here will soon be marching over to the Capitol building to peacefully and patriotically make your voices heard today.”[3]

Trump most notably went on to say, “They’re not taking this White House. We’re going to fight like hell”, which seemingly spurred his supporters to take action.[4]

Unfortunately, the reaction that his speech had was truly catastrophic, with the unrest on Capitol Hill resulting in the deaths of five people, including one police officer.[5]

In a detailed statement released by Twitter regarding Trump’s ban from the platform, the company said:

“After close review of recent Tweets from the @realDonaldTrump account and the context around them — specifically how they are being received and interpreted on and off Twitter — we have permanently suspended the account due to the risk of further incitement of violence.”

“In the context of horrific events this week, we made it clear on Wednesday that additional violations of the Twitter Rules would potentially result in this very course of action. Our public interest framework exists to enable the public to hear from elected officials and world leaders directly. It is built on a principle that the people have a right to hold power to account in the open.”[6]

The scenes witnessed on Capitol Hill on Thursday evening were unprecedented in modern times, with the most recent ‘storming’ of the Capitol having taken place during the 1812 war between Britain and the United States.[7]

Various Republican lawmakers who previously backed Trump have now turned on him, belatedly coming to realise the severity of what occurred in the Capitol.

Undoubtedly, part of their about-turn is due to their own future political ambitions. John Boehner, former Speaker of the House, said:

“I once said the party of Lincoln and Reagan is off taking a nap. The nap has become a nightmare for our nation. The GOP must awaken. The invasion of our Capitol by a mob, incited by lies from some entrusted with power, is a disgrace to all who sacrificed to build our Republic.”[8]

Several other top-ranking Republicans, including Mitch McConnell and George Bush Jr., have spoken about the sheer disregard for democracy. Others have even gone so far as to accuse Trump of having attempted a “self-coup d’état” and of being behind an “insurrection”.[9] [10]

In a statement released by the 43rd President, Bush said:

“This is how election results are disputed in a banana republic – not our democratic republic. I am appalled by the reckless behavior of some political leaders since the election and by the lack of respect shown today for our institutions, our traditions, and our law enforcement…”

Bush went on to say:

“…violent assault on the Capitol – and disruption of a Constitutionally-mandated meeting of Congress – was undertaken by people whose passions have been inflamed by falsehoods and false hopes.” [10]