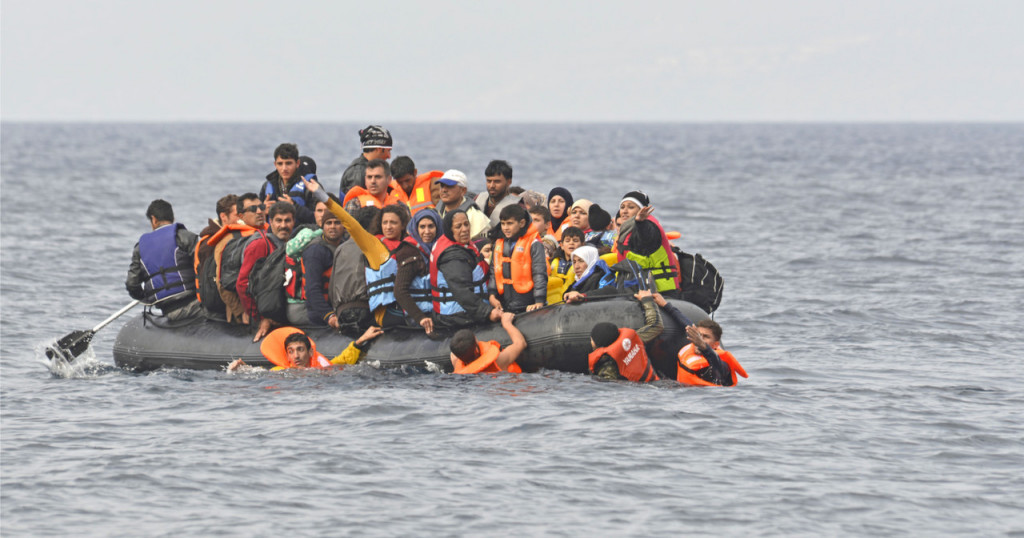 The British government today announced a highly controversial relocation plan that would see asylum seekers and refugees being sent to Rwanda for processing resettlement.

The new immigration plan has sparked outrage amongst opposition parties, human rights groups and refugee charities that have denounced the strategy as cruel and inhumane and one that would cost taxpayers millions per year in a time of rising bills and decreasing living standards.

The government has been criticized for being irresponsible and out of touch, ignoring the fact that the lives of the asylum seekers being sent to Rwanda could be put in danger owing to the Rwandan government’s poor human rights record. It is not yet known whether the camps the asylum seekers would be settled in will be run by the British government or not.

“Sending people to another country – let alone one with such a dismal human rights record – for asylum ‘processing’ is the very height of irresponsibility and shows how far removed from humanity and reality the government now is on asylum issues.”

“The government is already wrecking our asylum system at huge cost to the taxpayer while causing terrible anxiety to the people stuck in the backlogs it has created. But this shockingly ill-conceived idea will go far further in inflicting suffering while wasting huge amounts of public money,” Valdez-Symonds added.

Charity Refugee Action described the strategy as a “grubby cash-for-people plan” [2] that defeats the original purpose and intentions of why people seek asylum in the UK which is primarily to escape war and persecution. By sending them to Rwanda, however, the government risks further endangering their lives.

Politicians have also expressed anger at the plan and have accused the government of using it to distract the population from the recent Partygate scandal that has seen the prime minister, his wife, and Chancellor Rishi Sunak fined for attending illegal parties during the nationwide lockdown.

“A despicable policy on its own terms. But add the fact that it’s being set out today to distract from #partygate and you see the utter moral bankruptcy of this Tory government laid bare. Shameful,” [3] First Minister of Scotland Nicola Sturgeon said on Twitter.

Jeremy Corbyn, Labour’s former head, criticised the government’s newfound reliance on offshore detention camps, describing the new policy to resettle asylum seekers and refugees in Rwanda as “shameful and beyond cruel.” The former Labour leader made clear that such plans should be resisted.

“The government’s plan to send refugees fleeing conflict, including those where there has been British involvement, to Rwanda is shameful and beyond cruel. We must build a world of peace and compassion. The plans to ‘offshore’ those seeking safety and security must be resisted,” [5] Corbyn said on Twitter.

Politicians within the Conservative Party have also accused the prime minister of using the plan as a massive distraction to the growing crisis surrounding the Partygate scandal and the punishments given to Johnson and Sunak for breaking covid restrictions by attending parties during nationwide lockdowns in 2020 and 2021.

“He’s trying to make an announcement today on migration, and all of this is a massive distraction. It’s not going away. It is a crisis. It requires crisis management. There needs to be a plan. Otherwise, we’re in drift mode, with potentially more resignations and more letters of concern. That isn’t where we want to go—it will then dominate the political agenda”

Prime Minister Boris Johnson unveiled the new approach, claiming to have created a ‘world-leading asylum offer’ that would protect the UK’s borders, put an end to illegal people smuggling and take back control of legal immigration.

”It is controlled immigration through safe and legal routes which enables us to make generous offers of sanctuary while managing the inevitable pressures on our public services. Such that we can give all who come here the support they need to rebuild their lives, integrate and to thrive. The quid pro quo for this generosity is that we cannot sustain a parallel illegal system. Our compassion may be infinite but our capacity to help people is not,” [7] Johnson said.

“The British people voted several times to control our borders, not to close them, but to control them. It is a plan that will ensure the UK has a world-leading asylum offer, providing generous protection to those directly fleeing the worst of humanity, by settling thousands of people every year through safe and legal routes,” [7] he added.

Precise details of the plans have not yet been released but it is understood that the approach to sending asylum seekers to Rwanda will mainly involve single male adults. Home Secretary Priti Patel has flown to the Rwandan capital Kigali to sign an immigration deal with the government of President Paul Kagame.

“Today we have signed a world-leading Migration Partnership with Rwanda which can see those arriving dangerously, illegally or unnecessarily into the UK relocated to have their claims for asylum considered and, if recognised as refugees, to build their lives there. This will help break the people smugglers’ business model and prevent loss of life, while ensuring protection for the genuinely vulnerable,” [8] Patel said in a statement.

“That is why we are overhauling this broken system. Our New Plan for Immigration will improve support for those directly fleeing oppression, persecution and tyranny through safe and legal routes, deter illegal entry, and make it easier to remove those with no right to be in the UK,” [8] she added.

The government also confirmed that the Royal Navy will take over the responsibilities of the Border Force in patrolling the English Channel. Johnson said drones and other UAVs would be used as modes of surveillance on the Channel to prevent asylum seekers from trying to enter the UK.