UK, US, and Australia aghast at reports of systematic rape of Uyghurs 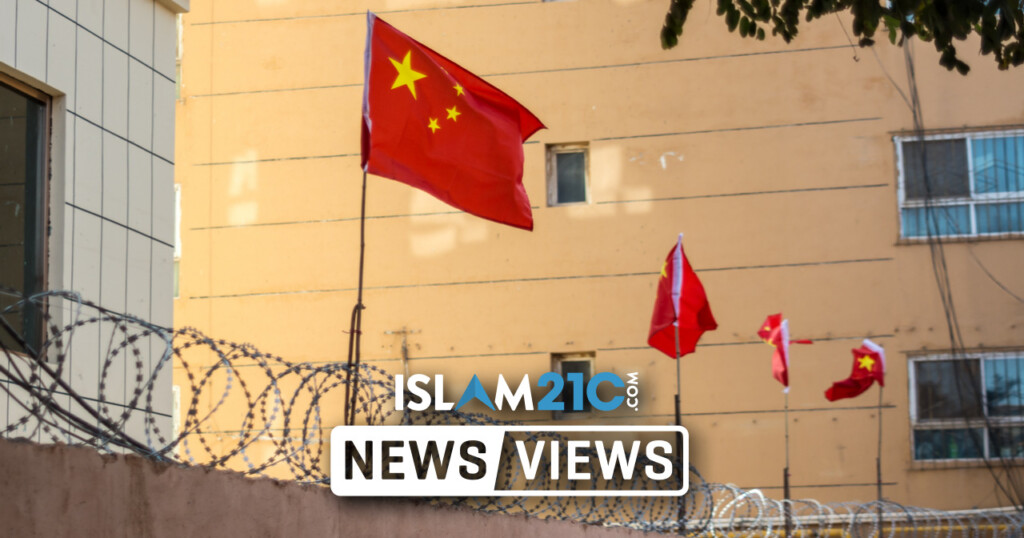 An investigative report by the BBC has uncovered harrowing accounts of first-hand experiences of genocidal rape and torture from formerly imprisoned Uyghur women.[1]

“Australia has been consistent in raising our significant concerns with the human rights abuses in Xinjiang. These latest reports of systematic torture and abuse of women are deeply disturbing and raise serious questions regarding the treatment of Uyghurs and other religious and ethnic minorities in Xinjiang.”[2]

The United States has responded in disgust by releasing a State Department statement highlighting the need for cooperation from the Chinese government in allowing “immediate and independent investigations by international observers” to assess the allegations of rape, whilst also cautioning that such “atrocities shock the conscience and must be met with serious consequences”. [2]

“We are deeply disturbed by reports, including firsthand testimony, of systematic rape and sexual abuse against women in internment camps for ethnic Uyghurs and other Muslims in Xinjiang…” [2]

One woman, Tursunay Ziawudun, describes how, upon her release from the detention facility, she fled to neighbouring Kazakhstan, then to the United States.

Ziawudun told reporters that numerous women were taken from their cells “every night” and raped by one or more masked Chinese men. Ziawudun said she was tortured and later gang-raped on three occasions, each time by two or three men.

The United Kingdom has also expressed its abhorrence at the news, with the Foreign Office minister, Nigel Adams, saying “clearly evil acts” had been committed by the Chinese in charge of Xinjiang’s prisons. [2]

Likewise, the shadow Foreign Office minister, Stephen Kinnock, took one step further by suggesting that the world as a whole shared a sense of collective shame, with the report being “a scar on the conscience of the world”. [2]

Amidst all of the bold statements released by the British government over the course of the ongoing Uyghur genocide, it has effectively been kicking its heels as it continues to oppose efforts by members of both Houses of Parliament to introduce amendments to the Trade Bill 2019-21, which is currently set to go through the “consideration of amendments” phase on Tuesday 9th February in the Commons.[3]

A specific amendment that has been inserted, created in relation to the Uyghur issue, would grant the UK High Court the power to declare whether a country has committed genocide. The Government is against this amendment, but there is growing pressure, and the BBC report on systematic rape within Xinjiang’s prisons provides campaigners, MPs, and peers alike the needed leverage to force the Government to concede on the issue.[4]

The former Conservative party leader, Sir Iain Duncan Smith, was unrelenting in his attack on the Government’s position:

“A litany of terrible, terrible abuse, rape… concentration camps, people being sterilised, people being maltreated, abused, tortured. This sounds like something of 75 years ago, but it isn’t, it’s today.”

“And so I say [to Mr Adams]: it’s no good any more, with respect to him, coming to the despatch box saying that he agrees with all of this – where are the Magnitsky sanctions on the individuals? We’ve got all the evidence that’s necessary.”

“And finally, why, oh why is the Government going out of its way to block this amendment that’s coming back to the House of Commons which will give the courts the power to decide that this is a genocide?”

“He’s [Mr Adams] just said in his statement that only the courts can say it is genocide. So let’s stop this nonsense please and allow this amendment to go through and to get the courts to make this decision of genocide.”[5]

The MP for the Isle of Wight, Bob Seely MP, said:

“This is a tragedy happening in our time and it demands moral recognition, so why is the Government blocking our meaningful genocide amendment in the Trade Bill?” [5]

Prayers for the Uighur people 😢🤲🏽
May the most high free them from the oppression of the Chinese communist party.