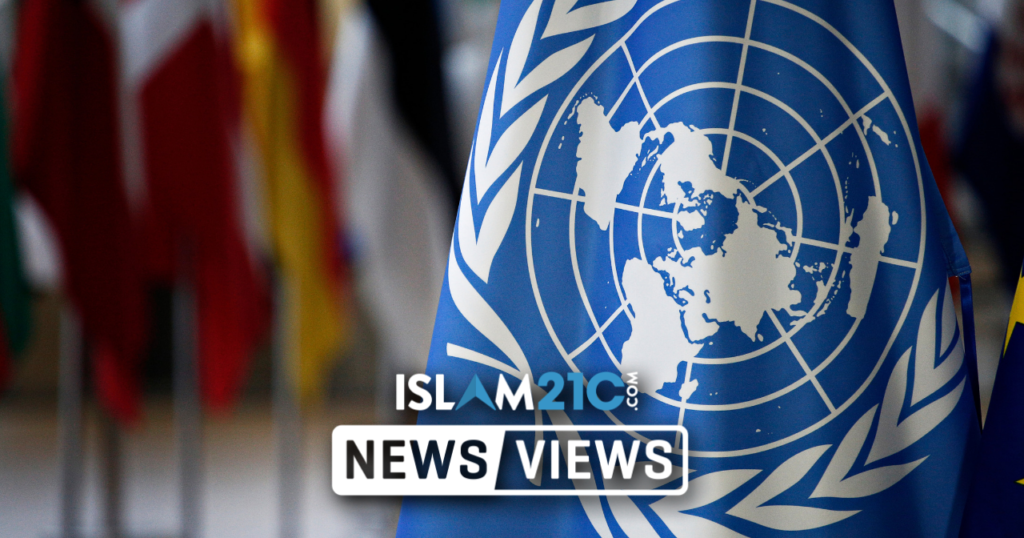 The UN has confirmed the veracity of reports published in The Guardian on Tuesday this week that a senior unnamed Saudi official had on two occasions made death threats against Agnes Callamard, the UN Special Rapporteur on Extrajudicial, Summary, or arbitrary executions. [1]

In January 2020, a Saudi government official was reported by a colleague of Callamard in the UN of threatening to have the UN expert “taken care of.” Callamard was in charge of a critical report on the killing of the outspoken author and journalist, Jamal Khashoggi (raḥimahu Allāh). The Saudi official had allegedly made the shocking remarks during a Geneva meeting between a number of high-level Saudi officials, diplomats, and UN representatives.

In an interview with The Guardian, Callamard said that colleagues took the phrase to mean “a death threat,” with the Special Rapporteur adding, “That was how it was understood.” [2]

The UN expert also told The Guardian that UN officials present at the meeting showed concern at the remark that had been made, whilst other members of the Saudi delegation attempted to lighten the mood by suggesting it not be taken seriously. Once the same Saudi group left the room, the official repeated the threat against Callamard.

Most alarmingly, the Saudi bureaucrat was alleged to have made a point to other attendees that he had been in contact with people who had proposed to “take care of the issue if you don’t”. [2]

The June 2019 report by Callamard on the Khashoggi killing found “credible evidence” that suggested the Saudi Crown Prince Mohammed bin Salman (MBS) gave the green light for the journalist’s murder in the Saudi consulate in Istanbul in October 2018.

As Callamard explained in the report:

“Assessments of the recordings by intelligence officers in Turkey and other countries suggest that Mr Khashoggi could have been injected with a sedative and then suffocated using a plastic bag.” [3]

The report went further to note:

“It is the conclusion of the special rapporteur that Mr Khashoggi has been the victim of a deliberate, premeditated execution, an extrajudicial killing for which the state of Saudi Arabia is responsible under international human rights law…” [3]

The damning revelation of the Saudi government official’s remarks comes shortly after the US released a declassified intelligence community report that also concluded MBS was responsible for giving approval towards the “15-member Saudi team” to slay Khashoggi. [4]

As the report released by the Office of the Director of National Intelligence at the end of February states:

“We assess that Saudi Arabia’s Crown Prince Muhammad bin Salman approved an operation in Istanbul, Turkey to capture or kill Saudi journalist Jamal Khashoggi. We base this assessment on the Crown Prince’s control of decision making in the Kingdom since 2017, the direct involvement of a key adviser and members of Muhammad bin Salman’s protective detail in the operation, and the Crown Prince’s support for using violent measures to silence dissidents abroad, including Khashoggi.” [5]

The disclosure of the comments by the Saudi official comes at a time when commentators continue to argue that the oil-rich Middle Eastern nation has got away scot-free with a gruesome murder.

MBS remains an influential member of the House of Saud, with the US choosing to avoid punishing the Crown Prince and instead imposing sanctions on over twenty other Saudi citizens that the US suggests were complicit in Khashoggi’s murder – such is the significance in maintaining relations with the Saudis. [6]