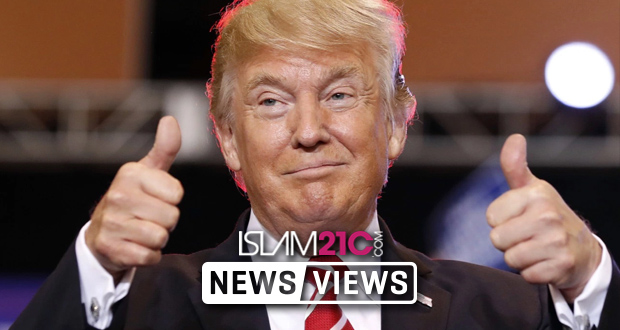 The announcement that Donald Trump had planned on placing a travel ban on citizens of Muslim countries coming to the United States was a controversial policy and sparked much outrage amongst human rights defenders and anti-discrimination advocates at the beginning of this year. With the subsequent protests and public outcry it seemed that the US Congress would renege on the Trump administration’s proposition. However, on Monday the US Supreme Court ruled that Donald Trump’s ban on travellers from six Muslim-majority countries as well as two others could be implemented immediately while court cases are resolved as regards the ban, rather than suspend it during the proceedings.

The ban targets people from Iran, Libya, Somalia, Syria, Yemen and Chad. That it be imposed during a time of “limbo” [1] makes a glaring statement about what the status quo of the US is; one of intolerance and discrimination – to the dissention of the universal principle of one being innocent until proven guilty. The US Supreme Court is said to have effectively handed a hall pass to its citizens to establish and champion a discriminatory and xenophobic—specifically Islamophobic—attitude and perspective. Not to mention the obvious, and inhumane, exclusion of refugees from countries embroiled in civil unrest (with no little involvement from the US military).

The high court has said it will weigh the ban on its merits and thereafter rule on whether it violates constitutional protections against discrimination. In essence, shoot first and ask questions later. Scholars the world over are astonished at the implementation of a policy by lawmakers before their assessing how in line with the constitution it is – that is, how legal it is.

Jeff Sessions, the US attorney general—the head of the Department of Justice with direction and control of U.S. Attorneys and all other counsel employed on behalf of the United States whose mission it is to supervise and direct the administration and operation of the Department of Justice, and a representative of the United States in legal matters—remarked that the ruling is a substantial victory for the safety and security of the American people.[2] [3]

The ruling comes despite emphatic protests by terrorism scholars that the security justifications for the ban are misleading, and several leading terrorism scholars cautioned that the convictions data compiled by Jeff Sessions, painted an inaccurate picture of terrorism in the United States. According to research, Donald Trump relied upon dubious statistics to support his travel ban. Charles Kurzman, a University of North Carolina professor states,

“Of the seven countries still being considered [for the travel ban], there have been no fatalities at all from the United States caused by immigrants from those countries or immigrants’ children or grandchildren.”

The Center for Constitutional Rights denounced the ruling stating:

“We will not allow this to become the new normal […] Whatever the courts say, the Muslim Ban is inhumane and discriminatory. We must continue to demonstrate that we reject and will resist the politics of fear, anti-Muslim racism, and white supremacy.”

The news of the ban coming into effect has been met with criticism from activists including those who argue that it is yet another manifestation of the President’s personal prejudices.

[1] With the current unresolved court cases