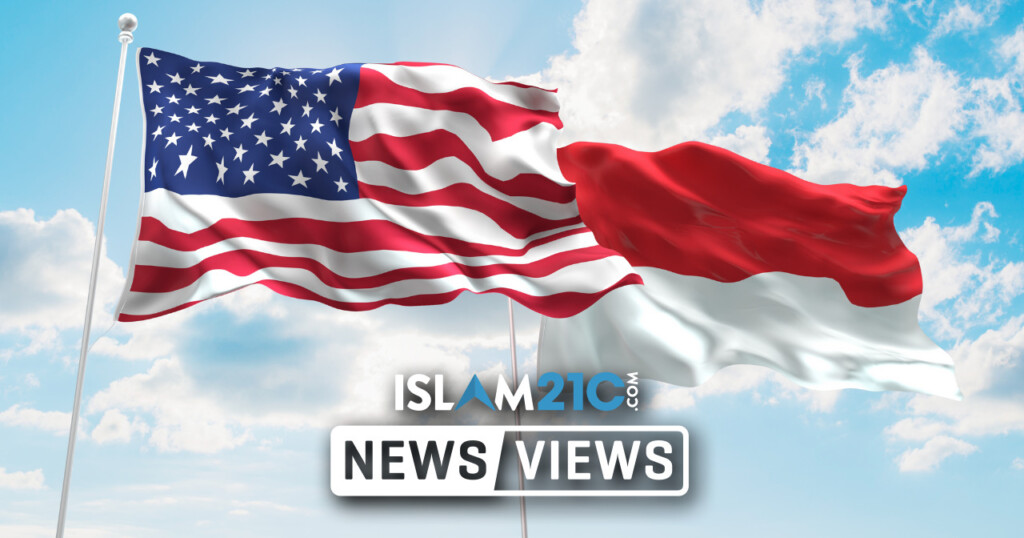 In an attempt to add to the growing tally of Muslim-majority countries that have signed ‘normalisation’ deals with the Zionist state of ‘Israel’, the United States is dangling a proverbial carrot by offering Indonesia billions of dollars in property investments if it agrees to establish diplomatic relations with ‘Israel’.[1]

The Republic of Indonesia, the world’s largest Muslim-majority nation with more than 225 million Muslims, has been told by the United States International Development Finance Corporation (DFC) that it will increase its current $1 billion holdings if it agrees to the suggestion.[2]

In the waning light of Donald Trump’s first term as US president, various deals have been rattled through, often with the support of Trump’s son-in-law Jared Kushner, who has been pushing a pro-‘Israel’ strategy for some years now.

In addition to strengthening Israel’s claim to legitimacy, Trump will be keen to bring Indonesia onboard as it would also tilt the balance of powers in the wider region by providing more leverage against Chinese expansionism.

Adam Boehler, Chief Executive Officer of the DFC, said during an interview in Jerusalem on Monday:

“We’re talking to [Indonesia] about it… If they’re ready, they’re ready and if they are then we’ll be happy to even support more financially than what we do.” [1]

Share. Facebook Twitter LinkedIn Email Telegram WhatsApp
Previous ArticleUAE told by Pakistan it will not accept ‘Israel’
Next Article To Vax or not to Vax | Sh Abu Eesa on Unscripted #70