What does Russia’s invasion of Ukraine mean for the indigenous Crimean Tatar Muslims? 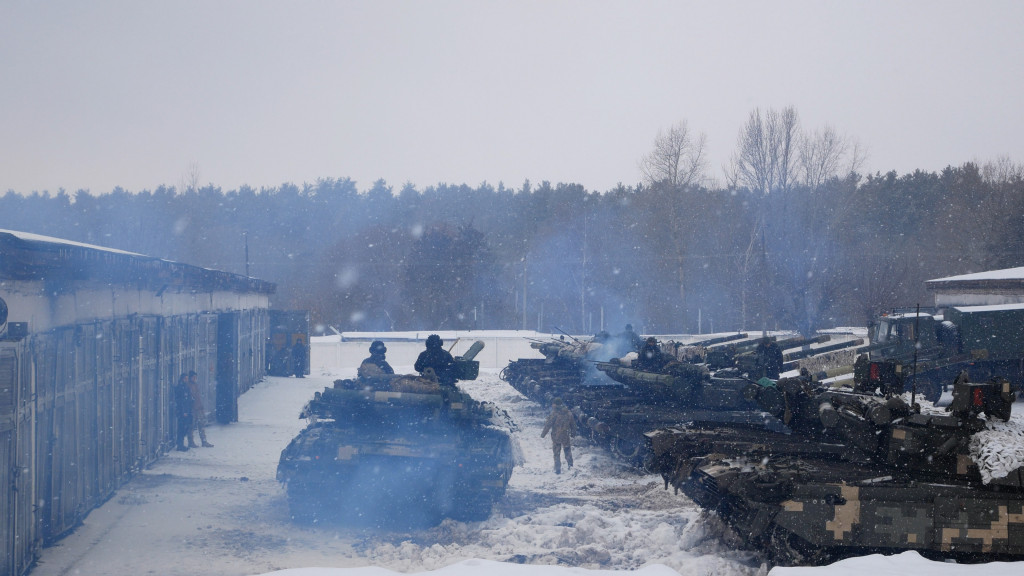 On Thursday, Russia launched a full-scale military invasion of Ukraine. Several Ukrainian casualties have already been reported, with the Russian military describing the first day of battle as “successful”. Igor Konashenkov, spokesman for the Russian defence ministry, stated:

“All of the tasks assigned to the groups of troops of the Armed Forces of the Russian Federation for the day were successfully completed.” [1]

However, while the vast majority of western media outlets continue to focus on belligerent Russia being slapped with sanctions for being the clear provocateur in the evolving crisis, the plight of hundreds of thousands of Crimean Tatar Muslims is being overlooked by major broadcasters. [1]

In the 2001 Ukrainian census, 248,000 Crimean Tatars were estimated to be in the country, with the majority living in the de jure Autonomous Republic of Crimea. The community is a subsection of the broader Turkic Muslim peoples, who also include the Uyghurs of East Turkestan and the world’s largest Turkic ethnic subgroup: the Turkish people. As for the region of Crimea, it has been the epicentre of conflict between Russia and Ukraine for a number of years, with the former militarily annexing the region in March 2014. The move, which saw Crimea recognised – by Russia as well as 17 other UN member states – as part of the Russian Federation, is once again in the spotlight. [2]

The Crimean Tatars suffered a great deal only 70 years ago, when the Soviet Union’s notorious serial rapist and mass murderer Lavrentiy Beria ordered the effective genocide and forced relocation of just under 200,000 Crimean Tatars between 18 and 20 May 1944. As the chief of the infamous NKVD (Naródnyy komissariát vnútrennikh) or interior ministry, Beria oversaw the deportation of vast numbers of Crimean Tatars as a form of collective punishment for the community’s falsely ascribed role in supporting Nazi Germany. During the thousands of kilometres-long journey to Uzbekistan (then the Uzbek SSR), thousands died due to starvation and the bitter cold. Many families eventually returned to their homeland, but after the events of 2014, there are real fears of what might come. [3]

In the present day, it is argued that the Soviet Union actually undertook these heinous actions in the early to mid 20thcentury in order to gain access to a key shipping route that it fought over for decades: the Turkish Straits. With the current military conflict between Ukraine and Russia in full swing, Crimean Tatars are likely anxious about what will happen to their land. Kamila Yurchenko, an employee of the Religious Administration of Ukrainian Muslims, described his people’s fears in the following words:

Prior to Russia’s declaration of war on Thursday, a number of prominent Crimean Tatar campaigners were detained in the last few weeks by the FSB, which is Russia’s primary security agency and successor to the KGB. The senior activist Edem Dudakov was arrested last week after FSB agents made an illegal search of his home. Dudakov’s lawyer, Edem Semedlyayev, stated that Dudakov could be handed a 15-day jail sentence if the charge of inciting interethnic hatred is upheld in court. [5]

Dudakov is a member of the Congress of Crimean Tatars, and a key part of recent efforts to raise awareness of the crumbling state of the historic Hansaray (from the Turkish Han Sarayı), which is also known as The Khan’s Palace. He is also a former head of the Crimean Committee on Interethnic Relations and Deported Peoples. The 16th century Ottoman complex, which was built in 1532, has played host to numerous successive Crimean Khans, who made the palace their home over the centuries. Hansaray is also home to a number of mosques, historical madrasahs, as well as other notable buildings. [6]

In 2017, Hansaray was subjected to a disastrous “restoration” when Moscow-based Atta Group – who apparently had zero prior experience in the restoration of historical sites – started chopping up centuries-old oak beams, ripping out priceless tiles, and erasing iconic murals with the use of pressure washers. Crimean Tatars responded with outrage as they condemned the Russian move to destroy a key piece of history under the facade of restoration. In fact, the anger was so profound that the Ukrainian government itself called on UNESCO to force Moscow to halt its damaging moves at the historic site. [7] Dudakov remarked in 2018:

“The palace is threatened with losing its historic value. The workers have already chopped up old beams, used concrete on parts of the structure. They are vandals. That’s not how restoration is done.” [7]

As though it were not enough that a single prominent Crimean Tatar was arrested last week by Russian officers, a week before that incident, four other Crimean Tatars were detained on charges of organising activities for Hizb ut-Tahrir. Furthermore, a Russian court handed down lengthy sentences on two Crimean Tatars in early February for being members of the same party; appallingly, Vadim Bektemirov and Zekirya Muratov were handed 11 years and 11.5 years in prison, respectively. [8]

As Russian forces continue to make ground in their invasion of Ukraine, the collective western media apparatus is employing the tactic of persistently shaming Russia for its provocative and needless acts of war. The Russian governmental recognition of Donbas – the name that refers to the collective breakaway regions of Donetsk and Luhansk – has conveniently paved the way for Russian troops to stroll into the territories. The international community had been scrambling for a diplomatic solution for weeks, with the likes of America’s Joe Biden and France’s Emanuel Macron all failing to prevent Putin from putting on the heat. It is difficult to predict how long this conflict may last, but it is crucial that as Muslims, we do not forget about the Crimean Tatars, as they are as important to the Ummah as any other Muslim community is.

[3] Anastasia Bezverkha, “Reinstating Social Borders between the Slavic Majority and the Tatar Population of Crimea: Media Representation of the Contested Memory of the Crimean Tatars’ Deportation,” Journal of Borderlands Studies32, no. 2 (2017), 127–139.