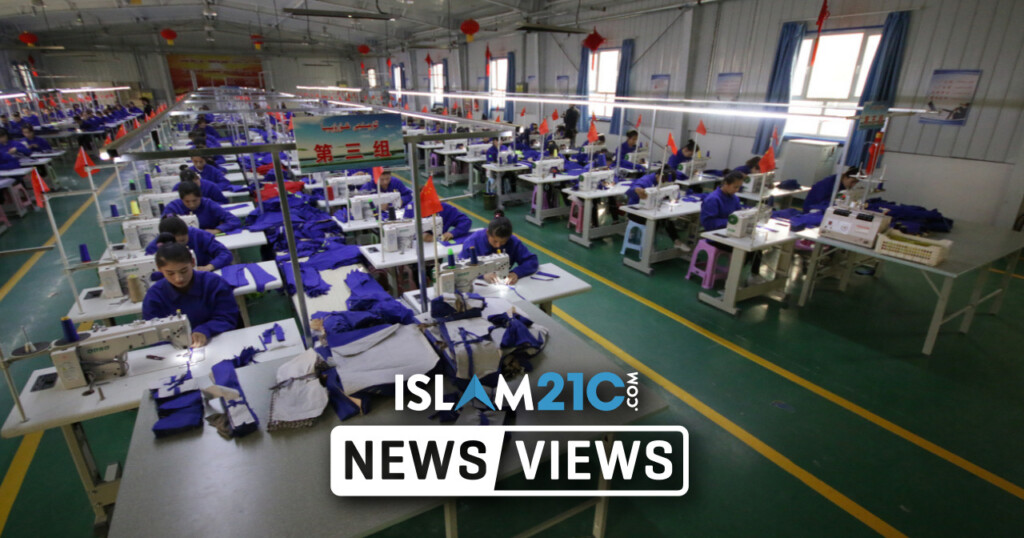 The past week has seen over 180 new cases of COVID-19 traced to a clothing factory in Shufu County, located in the Xinjiang autonomous region of China.[1]

Xinjiang is a predominantly Uyghur-Muslim province with over 58% of the 22 million population reported to be adherents of the Islamic faith, according to a demographic analysis undertaken in 2010; this percentage has likely increased since.[2]

The factory at the heart of this latest outbreak, Shuchang Garment, is manned by a predominantly female labour force picked from within Xinjiang.

This outrageous government scheme, established under the guise of helping to assuage poverty, has seen dozens of Muslim women forced to work or undergo brainwashing in so-called “Vocational Education and Training Centres”. Adrian Zenz, a researcher on Xinjiang, said:

“This is a village factory that is part of the scheme to put all adult Uighurs and related minorities into low-skilled factory work as part of poverty alleviation… Clearly, ‘industry-based poverty alleviation’ is not voluntary but mandatory. Those who resist being ‘alleviated’ from their poverty are subjected to ideological education so that their thinking aligns with the state’s goals.”[3]

For some decades now, the Uyghur people have suffered great oppression from the rule of the Chinese Communist Party (CCP), most recently enduring forced abortions, sterilisation, and the removal of wombs amongst myriad other heinous treatments.[4] To now have some of these Muslim sisters made to work in a factory that clearly has not taken care to implement the proper precautions regarding COVID-19 and has subsequently seen nearly 200 residents infected is truly abhorrent and appalling.

In these “Vocational Education Centres” (essentially modern-day concentration camps), people are electrocuted whilst chained, made to ingest various ‘pills’ that consequently cause a loss of menstruation in women, and are forced to sing ‘patriotic’ songs praising the ruling CCP. There have been reports of detainees being forced to consume pork as well as speak Mandarin.

Waterboarding and being shackled are believed to be a common punishment for disobeying orders from guards.[7]

The concept of ethnic cleansing is mostly used to describe atrocities such as that of Bosnia in the 90s and Germany in the 30s. Yet there is clearly a new form of ethnic cleansing taking place in China, with the approach being to largely detain Muslims and indoctrinate men, women, and children by attempting to erase their cultural identity. Indeed, the Chinese government is working to reduce the Uyghur population through torture and killing, but they are especially trying to enforce fear of the CCP, perhaps in the hope that these brothers and sisters will renounce their Islam in favour of allegiance to the Chinese state.