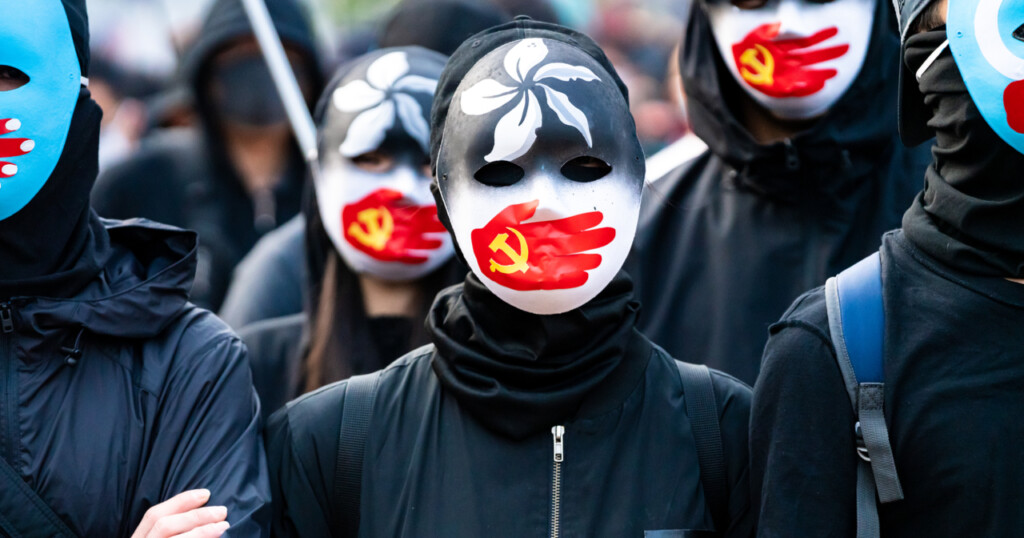 Islam21c has received first-hand accounts from two survivors of Chinese concentration camps. They are Uyghur Muslim sisters who were brave enough to share their harrowing stories.

We all have an opportunity and duty to help their voices become too loud to ignore.

My name is Zumrat Dawut. On the 31st of March 2018, on a Saturday, I was taken by the police to their headquarters. When I got there, they apprehended me, and I was interrogated.

They took away my phone, checked my call register, and saw that I was getting calls from Pakistan. They checked my bank account, looked through my passport, where they saw that I had made international trips. They then started asking me why I went overseas.

I also have three children, and they asked me why I had a third child. They also asked, “Did your husband teach you to have many children because that is what is taught in Islam?” They were putting a lot of pressure on me.

My passport had an American visa which I had applied for in 2016, so they asked me questions like, “What are you trying to do with an American visa?” and “Do you know Rebiya Kadeer?” and “Who do you know overseas?” I answered their questions truthfully, but I had no idea why they were asking.

And never in my mind did I ever think or imagine I would ever be sent to a concentration camp.

I had committed no crime – whatever they asked, I had given an appropriate answer. The next day, they took me to a hospital for a medical check, before taking me to a camp and locking me up.

Even after paying the fine, I was still not left alone. I was forced to have a sterilisation operation.

At first, myself and others had not agreed to have such an operation, but we were told we would end up back in the camps if we didn’t go through with it. My husband, who is from Pakistan and was born and raised in a Muslim country, could not comprehend such an act, but he was threatened by Chinese authorities that he could not go back into China nor would his wife and kids be allowed to leave if they did not to agree to the sterilisation.

Peace be upon you. My name is Tursunay Zeynudunqizi. In our homeland of East Turkestan, I saw with my own eyes the level of oppression the Chinese are carrying out to the Uyghurs in the concentration camps.

They punished us a lot. We were malnourished, and many of us were on the brink of death from starvation. We were only given a steamed bun and some water as a meal. Many died through all kinds of beatings and torture, and I saw this all with my own eyes.

Still to this day, I suffer the injuries from the camps. I suffered internal bleeding from my beating, and I had a major operation because of these injuries.

I am thankful I got out of the camps alive. Many women are beaten to death in the camps, with anywhere between 1-3 people dying a week. I saw this all with my own eyes.

They are oppressing us Uyghurs in this way. They forcefully sterilise the women. At night, the camp guards pick women at random and rape them – I saw this as well, and we all experienced that.

The guards also beat the men, sometimes even to death. No one can question what happens in the camps.

One day, I had a high fever, and a teacher who taught in the camp called for the guards to take me to the hospital in the camp. The doctor said they would give me an injection to lower the fever. While I was there, I saw many men who were physically maimed very badly. Men with their heads split, some missing their big toe, and all of them were being injected with something I am unsure of.

I saw this all with my own eyes. This is the life of the Uyghurs in China’s concentration camps.

They are killing Uyghurs every day. At least 1-2 Uyghurs die every 2-3 days – that is what I have witnessed, and God knows what’s happening in the other camps.

Through the torture, beatings, and rape, many women lose their minds and are taken to mental facilities. I beg you, please save us from Chinese oppression.

It may be difficult to read and share these stories, but that is why it is incumbent upon any reader with a heart to resist that feeling and help raise awareness nonetheless. This is the bare minimum we can do, and is shown to harm the Chinese regime. Do not fall for Shaytān’s “What can I do?” trap; you have the ability to make du’ā, condemn a munkar (itself an act of worship), and raise awareness about their plight.

But there is also more that you can do.

This week Islam21c is focusing on #UyghurAwareness, stay tuned and subscribe here to our mailing list to be at the front of the queue to receive more content and guidance about what we can do to fulfil our obligation towards our brothers and sisters.