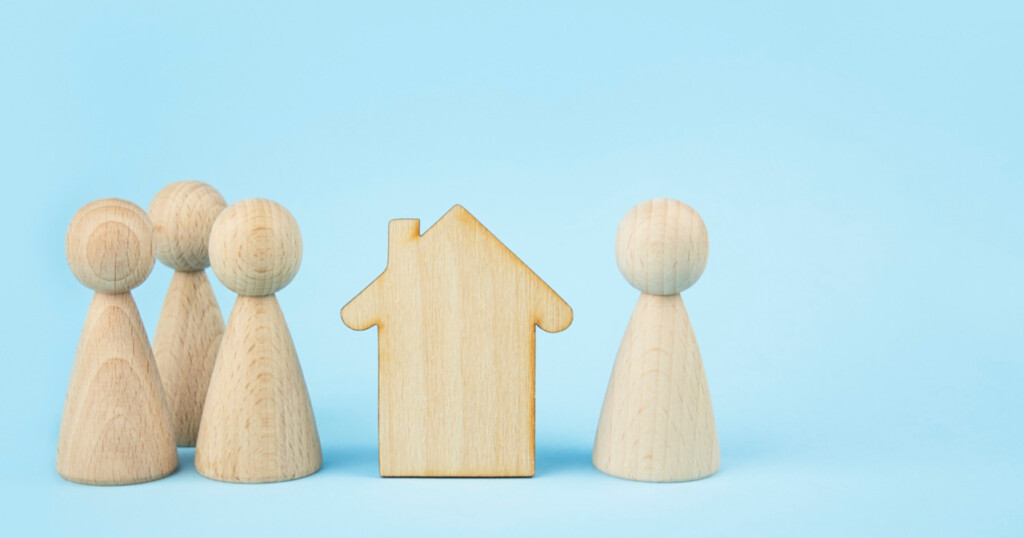 In some homes, there are families who are uncomfortable, awkward, or completely put off by a ‘practicing’ family member under their roof. Instead of bringing harmony to family relationships, Islamic practice becomes either a sore point or complete ‘no-go zone’. A person practicing their Islam finds that they antagonise people and leave them feeling judged, deflated, and deterred. “If this is your Islam, then I don’t want anything to do with it.” This is not an uncommon feeling, as some families struggle to interact with one whose Islamic practice has changed recently or rapidly.

Whether one comes from a non-Muslim or non-practicing household, it is imperative to look inwards if your practice of Islam leads to tension. It is easy to blame the inherent ‘sinfulness’, ignorance, or hostility of everybody else. It is much harder to simply step back and ask, “What am I doing wrong here?” Look at those around you and ask yourself: what are the temperaments of the people you are dealing with? How do you best navigate them to calm the hostility? Have you considered your own responsibility to proactively diffuse tensions? Have you stopped to ponder what antagonises these people and how to avoid such triggers?

Far from passionate conversations about theological differences, people mostly want the same things at the heart of human relationships. Everybody wants to feel understood, respected, and treated with kindness. When these core elements are missing within interpersonal relationships, then abstract conversations about religious issues are rarely going to be received in a positive light. The soil has not been cultivated, so why would aggressively trying to sow seeds yield any fruit?

The messengers are just as important as the message

It is no coincidence that every Prophet chosen by Allāh was first put through essential tarbiyah (spiritual nurturing) in preparation for their role. Their task would involve interacting with people, challenging norms, changing attitudes, and, in many cases, completely overthrowing the existing social order. To have any chance of succeeding with this, the Messengers would have to exhibit a character that would draw people to their message and incline them towards considering a different way of life.

Human psychology does not change. You see this clearly when learning of the variety of reactions people had to receiving guidance. Countless examples in the sīrah can be compared to real-life characters you encounter around you today, whether they are the Abu Bakrs or the Abu Lahabs.

All the Prophets of Allāh had careful, intimate, and consistent dealings with people, especially with those who opposed them. They dealt with enemies from within their own households, as well as rulers of empires afar. We do not have to dig deep in our texts to find repeated reminders of dealing with people gently, to return their ‘evil’ with that which is better, and to spend time in du’ā for their guidance. What stops us from being able to do this is simply nafs. This is our inability to push aside personal upset, wounded egos, or feelings of offence when our stance is challenged.

We often hear starry-eyed lectures of a bygone age when people were attracted to Muslims through their character, even if they were uncomfortable with the message (or, more accurately, the rules and restrictions) of Islam itself. Today, many have a vague respect for the ideals of Islam, but observing the ‘practicing’ Muslims around them makes them not want to be associated with it. While everybody is no doubt accountable for themselves and their decisions, we do have a responsibility to one another. This begins by asking ourselves some harsh questions:

– Are our judgmental attitudes a façade for ‘righteousness’?

– Is our unrestrained harshness disguised as ‘defending the truth’?

– Is our lack of empathy dressed up as ‘not compromising’ on principles?

– Do we use Islamic ideals as ammunition to hammer and humiliate those around us?

Nobody wants to feel condemned.

The Prophetic example was always to give people hope and a feeling of worthiness, as if the expansive mercy of Allāh was within touching distance, if only you would extend your hand.

If you are unable to convey what you want about Islam to your family members, stop talking – simple as that. Just try to be a nice person and continue on that track. Shift your focus to the priorities of that family member. Do they want to discuss their health problems? Do they want to talk about their childhood? Do they need somebody to sit and watch something with them? Do they want to feel important, valued, and wanted by you?

The heated and tense output that people express is usually little to do with the topic and much more to do with the unmet needs that lurk within them. This is why people may snap at the most random things or become triggered by inane comments – something deeper is beneath the iceberg of their verbal output. In such cases, the most ‘Islamic’ thing you can do for them is to try to remedy their needs from the core. Doing this does not require an external Islamic reminder, nor quoting of āyāt or ahādīth, and definitely no sentences that begin, “As a Muslim, you should…”

You can only change one person – yourself

Human behaviours don’t exist in a vacuum. The dynamics between people are the unique interplay of two people’s lenses clashing. This is never truer than when it comes to our ideas of Islamic practice.

If a dysfunctional dynamic exists within the household, then one needs to look inward before pointing any fingers outward. It begins by taking oneself to account, admitting one’s shortcomings (at least to oneself), then implementing steps to rectify them. It is often genuinely stunning to see the impact of this in repairing a relationship, without words even being expressed. Simply showing humility in the face of provocation or openly acknowledging past errors naturally softens the heart of the one you are speaking to. Try using the following sentences: “I know I’ve been harsh in the past, and I didn’t mean to make you feel the way I did” or “I definitely have made a lot of mistakes and you have been on the receiving end of them.” Take responsibility for what you are able to practically change within your own self and then, having ‘tied your (nafsi) camel’, leave the rest to Allāh.

There are many complicated and deep-rooted barriers people have to practicing Islam – at the very least don’t become one of them. It may be that, after trying everything, the hostility towards Islam remains or even intensifies. This is fine. The point was that in learning how to gain mastery of yourself during difficult interactions, you have done all that you are accountable for – and Allāh never asks for more than that.

Alienating others when we start ‘practicing’ Islam is not a unique phenomenon. Many who begin practicing later in life do it. It is unusual to be endowed with great wisdom at a young age, so we are often juggling unbridled zeal together with a harsh and defensive attitude. We have a fire lit inside us that makes us feel it is a personal jihād to silence our ‘ignorant’, non-practicing family into humble submission. This is not the way. Neither from the perspective of emotional intelligence, nor basic human dignity, nor, most importantly, from the Prophetic legacy. In most instances, we become more balanced with time and life experience. We learn the place of rahma and realise the importance of not losing our humanity in the pursuit of ‘piety’.