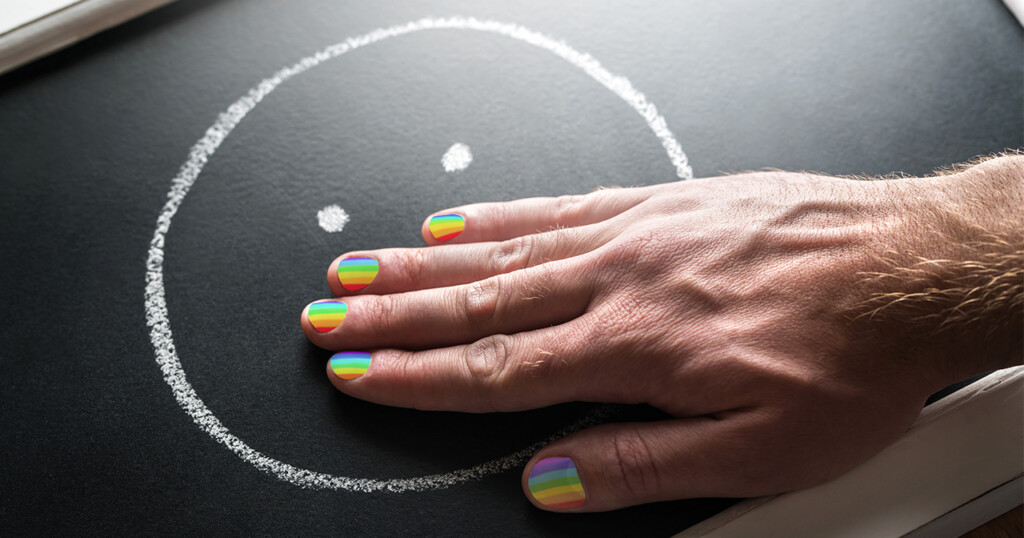 Whatever your position on reading fiction inspired by wizards and magic, few can deny the incredible impact of JK Rowling’s writing. Enrapturing a generation of readers, her Harry Potter book series (as well as the films and media franchise) saw her become a billionaire author[1] and named as the “world’s most influential person”.[2]

However, Rowling’s dizzying success and shelves heaving with trophies risk being toppled altogether over the simple definition of what the words “man” and “woman” mean. That is because Rowling has stepped out of her lane as an author and aired her stance on where trans activism should start and stop. It’s just an opinion, you say. Everyone has a right to express their stance in a ‘free’ country, as long as nobody is being harmed in the process, right? Wrong.

The heavy policing around how the transgender community is spoken about has reached a point where even a British national treasure has to toe the line, or else. As an author, Rowling understands the significance and power of words more than anyone. Despite her general sympathies towards the transgender movement, Rowling felt she had to speak up against the complete usurping of language by trans activists. In doing so, she has raised the ire of the LGBTQ+ lobby.

What would be considered straightforward and uncontroversial truths yesterday have suddenly become scandalous to say out loud. Rowling’s support for the trans community, her commitment to trans equality, and her views on gender and sex reach nowhere near the levels of your average conservative Muslim. Yet she has been subject to social media outrage and scorn from her peers for insisting that sex does exist and that her personal experiences in life have been heavily shaped by the fact that she is a woman.

Along with many others, Rowling takes issue with the claim that gender is merely an illusion and can be swapped, replaced, or ‘neutralised’ at will. The fear is that sex is being argued into non-existence, resulting in the erosion of rights that have been hard-won by women in the face of biological discrimination historically.

Few people are aware of the rapidly-changing laws around gender identification. Rowling says many do not know that “a man who intends to have no surgery and take no hormones may now secure himself a gender recognition certificate and be a woman in the sight of the law”. This has been the case since initial gender recognition legislation was passed in 2004, under which the only legal requirement for changing a birth certificate is proof of living in one’s preferred gender. Rowling argues, “when you throw open the doors of bathrooms and changing rooms to any man who believes or feels he’s a woman … then you open the door to any and all men who wish to come inside”.

Rowling’s other concerns relate to the spectrum of people who identify as trans women. This has now expanded to include male-appearing people who might be perceived as a threat, in situations where individual women will be too afraid or uncomfortable to challenge male-bodied people in their spaces. As a Muslim woman, what would this mean if you were to use a breast-feeding room in a shopping centre for example? Sharing that personal space with a biological man who self identifies as a woman would have serious implications for you in terms of wearing hijab and being alone together in that space. The same applies for Muslim women using public bathrooms, even to pop in and readjust hijab. Could you do that, exposing your awrah, with a non-related biological man in the same space? What about doing wudhu? What about walking in to find the only other person in the female toilets is a biological man who self identifies as a woman? The implications of legislation like this has real world impact for women in many fronts. Rowling has described in painful detail the online threats and abuse she has encountered since making her position clear on gender two years ago.

It is tempting to observe the backlash and subsequent trial-by-Twitter and feel that none of this is relevant for us as Muslims. However, the reality and movement of the LGBTQ+ lobby affects us collectively, and there are a number of critical take-away points.

Firstly, why is being aware and informed about this issue important anyway? As Muslims, biological sex is significant. Allāh Himself says, “The male is not like the female”.[3] The distinctions between men and women are fundamentally recognised and appreciated in Islam. This is not only an area of significance from the angle of the principles of your faith, it also has practical applications. We do not believe that biological sex is an illusion or should be left to individual and subjective criteria.

Facilitate conversations with your children

If you have children, you need to be mindful that they are growing up in a generation where ‘marriage’ is not seen as something exclusively between a man and woman as it has been for every single generation before them throughout human history. Your children will need honest, informed, and age-appropriate discussions to understand how to navigate this. They will need sensitive guidance on how to reconcile these increasingly ‘progressive’ social values against the fundamentals of their faith.

Understand the power of language and reclaim it

The first step is to recognise and understand the power of language in recasting truths and why it is important to defend the very words we use. Just as there are groups of people who campaign to repossess the meaning of words like ‘family’, ‘marriage’, ‘love’, and ‘freedom’, there must also be those who resist and defend it’s the meaning of these words against a subjective tide.

This reclamation can take place in mundane and everyday settings, such as in conversations with non-Muslim colleagues at work. In a time where many may feel awkward to speak about issues of gender, marriage, and rights, it is important not to let your fear of slipping up or being offensive stop you from having important conversations. We must have a position on these evolving social realities and keep clear and informed views.

You should understand why it is harmful to hand over the controls to any individual to say “I feel like a man/woman, therefore I am.” What problems can arise from this? Why will opening up gender as a ‘free choice’ have negative ramifications on a wider societal level? The answers to these questions are multifaceted.

We must also recognise where giving words endless subjective definitions leads us. When we have wound up with 80+ different categories of gender to choose from, the entire classification effectively becomes meaningless. Unlimited definitions lead to a type of absurdity where biological realities can be switched on a whim. When everything becomes whimsical, you can either chose your 1 of 80 different gender types, or bin them altogether. The outcome is the same.

Take an informed and confident position

Islam deals with the real world. Issues of gender identity have always existed. We do not live in denial of the existence of these issues. Revisit how topics around gender (and not falling into ‘binary’ definitions) have been traditionally handled by our scholarly tradition. We have classic works and even legal rulings (fatāwa) relating to men who outwardly possess typical feminine characteristics, those who are asexual, those who are intersex, and so on. These issues have a basis and precedent. They are worthy topics of discussion and have therefore been given scholarly focus. However, this is a world away from primary school children being ‘empowered’ to make life-long decisions around which gender they belong to, or reaching a state where one cannot even genuinely identify the gender of a person.

Work towards understanding these points yourself, even if it is a social issue you feel uncomfortable addressing or one you assume is irrelevant to your world. Many of the ‘rights’ movements we have witnessed in recent history (women’s rights, gay rights, trans activism) follow a particular trajectory. Be aware of how words such as ‘freedom’, ‘happiness’, ‘choice’, and ‘self-determination’ are presented. Do they mean the same thing in the changing liberal narrative as they do to the ear of the practising Muslim man or woman? Definitely not. This is part of the struggle. We must understand the basis of where these concepts come from and be able to dissect them accordingly.

As Muslims, it is important to articulate exactly what we are challenging. The intention is not to pick fights, trigger others, or discount personal life experiences and trauma. Our intention is only to draw attention to the fact that there are certain things that belong to society as a whole. These include marriage and gender. It is our collective responsibility to not render these devoid of any common meaning.

Carry on living your life

As humans, we do not have to agree on everything to co-exist. This does not mean we passively accept everything going on around us, nor does it mean we vocally antagonise. We should be able to clearly articulate our position on an issue and be able to robustly defend it when challenged. We then go back and continue living alongside others.

These controversies will come and go. There will no doubt be many more contentious issues that will appear on the horizon in the near future. As social norms rapidly change and the narrative constantly evolves, we need to return to understanding the core tenets of our creed and be able to communicate them in an empathic, balanced, and principled way. When the world grapples with establishing basic meaning within words, we draw on a tradition predicated on firm and universal truths. Robbing words of meaning has become a type of sorcery so insidious you probably couldn’t even write a book about it.