Khabib vs McGregor: More than just a fight 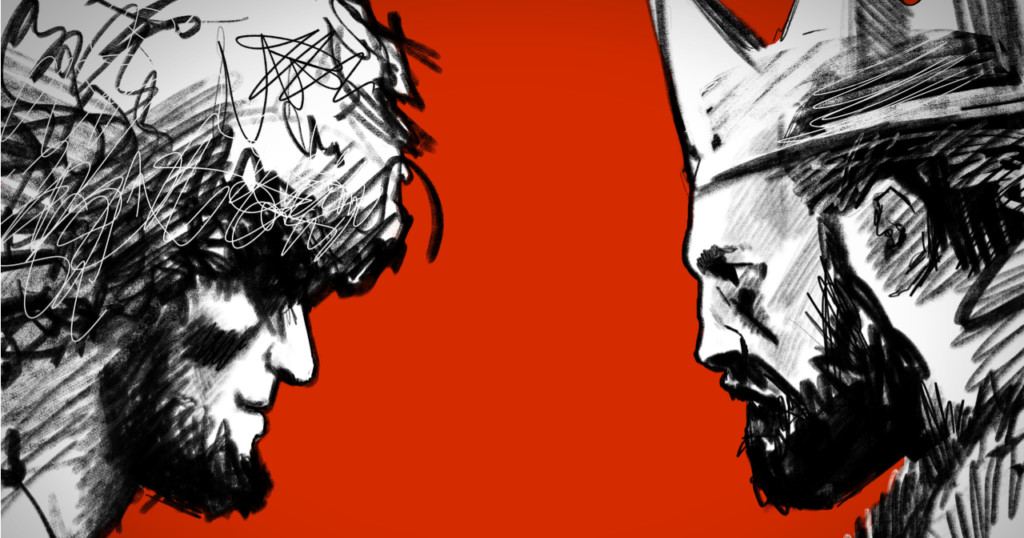 With Khabib ‘The Eagle’ Nurmagomedov, the undefeated, undisputed UFC lightweight champion successfully defending his belt against Conor McGregor, it becomes pertinent to reflect on what has been, without doubt, the biggest fight night in UFC history. Retaining his title in 4 rounds, Khabib’s metrics were always superior than his frivolous opponent resulting in his impending victory as many had predicted. He demonstrated class, honour and composure in the build-up to what ferociously came together in Las Vegas; a fight that many consider as having surpassed the flamboyant hype – a rarity in the sport where your greatest asset is showmanship.

This fight has brought in record numbers on all accounts. Not only has it captured global interest on a remarkable level, but the fighters are set to bank an unprecedented paycheque. The build-up and approach to this fight has shown us the utter extent of what the industry can offer to both spectator and participant. Conor has reflected this reality in his behaviour for the viewing of the world, once again allowing the bright lights to corrupt his conduct also on a record-breaking scale. Despite being of Irish descent, he did not spare Khabib’s religion of Islām, ethnicity, language, family or position from the lowest of insults, ready to show his animalistic conduct in an attempt to overcome his opponent psychologically. Such an approach has been normalised due to his lack of values and his complete enslavement to the pursuit of wealth above any perceived principle. Conor is well aware of the sheer breadth of his following amongst young minds yet even this seems not to warrant an assessment of his priorities or lack thereof.

In complete contrast, Khabib has shown firmness, patience and dignity. He has not returned insults with insults, animalism with animalism or lowliness with anything similar. This is because for Khabib, although it was arguably the biggest fight in his career, lending to the melodramatic build up that he is not necessarily accustomed to makes little sense. In fact, Khabib is one of the main advocates for a more respectful UFC and a move away from the prevalent culture of regrettable ‘trash talk’ spearheaded by the likes of McGregor. Regardless of what was on the line for this match-up, it is definitely not the most important thing in his life nor his benchmark for ultimate success. As Khabib himself proclaimed in the lead up to the event:

As Allāh says in the Qur’ān:

“Every soul will taste death, and you will only be given your compensation on the Day of Resurrection. So he who is drawn away from the fire and admitted to Paradise has attained [his desire]. And what is the life of this world except the enjoyment of delusion” [1]

And this is why this is more than just a fight. We find, for once, someone using his remarkable domination within the Octagon as a platform to remind others of the favours of Allāh upon him. He consistently attributes his success to the Source whilst understanding the triviality of defeat in the face of a hereafter, an accountability, a paradise and a hell.

As Allāh says in the Qur’ān:

“And whatever you have of favour- it is from Allāh” [2]

Some will see this fight as pathetic and unimportant. Perhaps if it is viewed through the lens of entertainment that is, indeed, the case. Most definitely in the wider context, MMA is just entertainment. And whether we agree with Mixed Martial Arts (MMA) or not, whether practicing seniors or scholars recognise him as being someone who should be followed, or think that what he does is inappropriate, the fact of the matter is that a great deal—possibly even the majority—of Muslim youth across the world, for at least a night, looked up to him, were following him, were listening to him. Though his words may not be important in a scholarly sense, in terms of influence he is someone that people listen to. Thus, when he says he fasts in Ramaḍān, that can have a tremendous impact on lots of children who, for example, do not fast in Ramaḍān because they are taking exams.[3]

Seen through the lens of the impact it has on the masses that are absorbed into the entertainment industry, it becomes one of the greatest platforms for influence, and Khabib’s importance in terms of potential reach and influence becomes evident. There is a clear precedent in Muhammad Ali, a man who used a similar platform to do nothing short of revolutionary work in redefining the place and perception of Muslims globally, as well as his commitment to the civil rights and privileges guaranteed by Islām. Mohammad Salah and Moeen Ali are further cases in the sporting sphere, using the gifts bestowed to them to portray positive messages of Islām behind the scenes in subtle yet effective ways. Arguably, their impact on the masses is greater and more effective than many of those callers to Islām that may be distanced from the rhetoric, interests or needs of the masses. Recognised the world over, these personalities have a global impact buying us time and then some, before we decide how we are going to direct our youth in shaping our future leaders.

But even in earlier history there is precedent. The companions would regularly dual with opponents of Islām and Muslims both militarily, physically, verbally through poetry or articulation, and would even uncover their arms, following the order of the Prophet (sall Allāhu ʿalayhi wa sallam), in an explicit and unapologetic attempt to ‘show their biceps’ during the farewell pilgrimage. All of this offers huge sentimental value to the Dawah. Let us remember that the majority of Muslims entered Islām in the ninth year of Hijrah, namely after the conquest of Makkah. But arguably what was more impactful was the Battle of Tabūk wherein the Romans fled before any military confrontation could occur. The message was, ‘Muslims fear no one but Allāh’.

We would do well to heed the reminder from Khabib. Our connection to our Creator and the home of the hereafter is the unrivalled priority. Once sport and entertainment have a place in our lives at the expense of our dīn and the security of our hereafter, needless to say, there is a fundamental problem that needs to be addressed. Many of us have no difficulty whatsoever waking up for high profile events like this, organising our sleep around the fight, but regularly struggle with our Fajr salāh. What does this tell us about the condition of our hearts? What does it say about out commitment to Allāh, the one who showered upon us every kind of blessing?

“Eat and drink but do not be excessive. Indeed, He likes not those who commit excess [4]

Excessiveness with regards to sport can be quite insidious within our community. We can often turn a blind eye due to the sheer number of vices we are exposed to all around us. However, the wakeful Muslim finds himself on a quest of constant growth and improvement, working to remove all that which is displeasing to Allāh and replacing it with that which is superior. Being ‘excessive’ in this regard is not limited to spending hours upon end each day watching sports but also, for example, allowing sports to define one’s mood in an encompassing way.

While there are certainly many admirable personalities such as Khabib, Moeen Ali and others that serve as role models for us with their unapologetic confidence as Muslims, it becomes pertinent to re-iterate that no man deserves our complete following except Rasūlullāh (sall Allāhu ʿalayhi wa sallam).

“And indeed, you are of a great moral character”[5]

Regardless of negative opinions and attitudes towards the sport, know that this man among many others is changing opinions. While his opponent said—in a vile way—that he would defeat Jesus,[6] and even referred to himself a god at one time,[7] it was only a matter of time before he was humiliated on the big stage. Such ludicrous comments and atrocious behaviour were easily outweighed by his rival grounded in the belief of Allāh, an advocate for the way of the Prophet (sall Allāhu ʿalayhi wa sallam). Even dutifulness to parents, an atemporal concept, shown in his pre and post-match conference, is enough to consider him one role model for Muslims today.

Admittedly the post-match actions of Khabib and his team were an error in judgement, and it was correct for him to apologise in the post-fight press conference. However the narratives surrounding his actions need to be put into context; someone who persistently demonstrates good behaviour, dignity, and self-restraint and then makes a mistake after much provocation is not the same as someone whose behaviour is appalling all the time. With the fallout of the match, a plain and unabashed hypocrisy has come to light. There are double standards at play, usually confined to the realm of the political sphere – such as the impunity Israel practices in the slaughter of Palestinians, and the disproportionate action taken against a Palestinian child defending themselves – such that when a Muslim does something wrong there is a different standard applied than when a non-Muslim does something wrong. This subtle form of Islamophobia has proliferated in the media and the opinions of the masses. Conor McGregor was given a hero’s welcome, though the responsibility he and his team bear on the events of that night are far greater than Khabib’s.

As such, it is time we Muslims showed solidarity and support for Khabib. As someone who openly articulates their religion on a public platform, someone who endeavours to be a good role model even if not perfect, he has great importance and potential for the Ummah in the long term. As a father figure, a role model, a teacher, as a possible world coach or trainer, he has the potential to do much good for the Ummah. In this time when the US might rescind Khabib’s visa, or withholds his pay for his unquestioned victory over McGregor; if a Western entertainment industry is going to penalise and exclude him, on a double standard, with iniquity, because he is a Muslim, as Muslims we should support him.

With a specific skill-set such as his coupled with the right upbringing and a supportive community, Muslims can keep the focus and ignite the right frame of mind amidst the massive forces of distraction before the lights and cameras. Muslims are crying for a champion, a hero that can succeed at the highest level taking on the toughest of the tyrants and win. Khabib’s dawah is not through his submissions and grapples, rather his being one of the many ambassadors of the Dīn, sincere and hereafter orientated in his speech and conduct are part of the reason for his rise to stardom in his profession. His pursuit of Iḥsān (excellence), and lofty aspirations in this world for the next are integral to his positive effect on the wider society. Overturning negative perceptions and reinforcing the identities of Muslims are just a by-product. While it may be lamented that McGregor was arguably the poster boy of the sport and that UFC need men like Conor, I believe the Ummah needs more Muslims like Khabib.

Haamed is a junior doctor based in Wales and has a strong interest in Islamic activism. He is also a graduate of the Sabeel Development Programme.