The Stupidity of ‘Rewriting’ the Quran 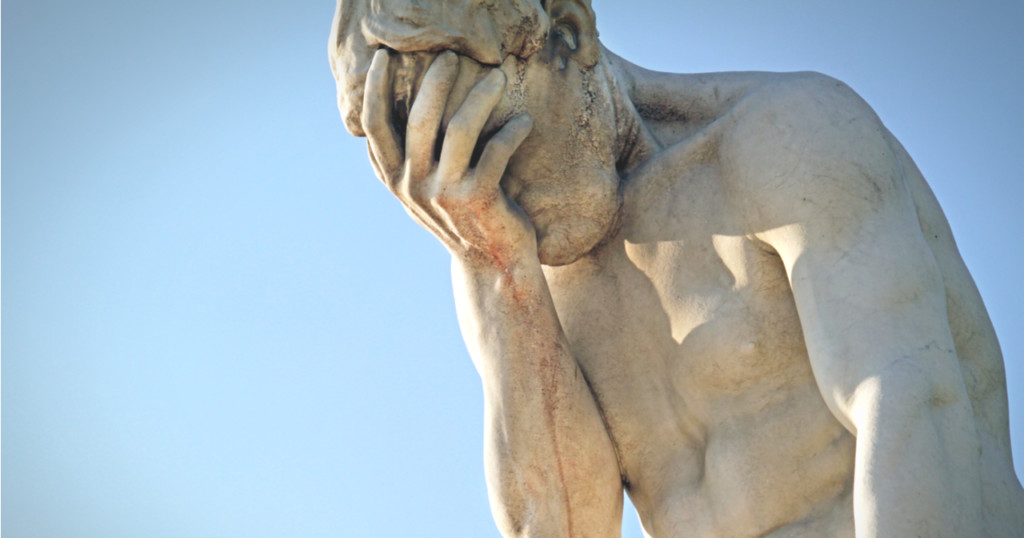 Authorities in China want to ‘rewrite the Qur’ān’ to fit socialist ‘values’.[1] In other news, the Egyptian coup regime that has executed thousands of pro-democracy activists wants to create a ‘renewed Islamic discourse’ to address ‘extremism’.[2] Hindu extremist groups in India, whose supporters are typically seen glued to bats and Molotov grenades, want to ban the Qur’ān.[3] And the list goes on.

The irony of some of the most extreme and callous people today to try to ‘ban’ or ‘reform’ what predates their long-expired ancestry is only one side of the story. Some in the capitalist west have even gloated at the news. For many, it is not about China rewriting the Qur’ān as much as just having it deformed into anything else. Few in the West openly support changing the words. But calls to somehow change its traditional interpretation to make it more congruent with state power or today’s modern philosophies are becoming all too common.

‘Rewriting the Qur’ān’ to what exactly?

The Chinese authorities want to ‘reform’ the Qur’ān to suit their ‘socialist values’. Do they mean Confucianism, Taoism, Buddhism, or a social hierarchy built on the mythical dragon and worm? What exactly does this mean? Will their injunctions and ‘verses’ sanction the Communist Party’s ideologies? Mass detention centres for the cultural genocide of millions of Uyghur Muslims, including banning beards, name-changing, force-feeding, digital surveillance, forced consumption of pork and alcohol, forced marriages, and separating parents from their children?[4]

Perhaps for others, Qur’ānic ‘reform’ was not supposed to take this disproportionate twist. It is simply to align it with the modern political sensibilities of the hyper-liberalised world; what’s the fuss?

Well, here lies a bigger dilemma. The whole point of ‘liberalism’ is derestriction and hectic individualism. ‘Free thinking’ is, after all, a reaction to form and imposition, hence its countless manifestations – maybe as many as its thinkers. ‘Lack of form’ cannot beget form, let alone to ‘reform’. It is trivial. Reform would need to follow someone’s choices and inclinations, but whose choices? If it is those of the committees commissioned to make the changes, their choices would exclude millions of others of human ‘deities’, privileged with their own free thinking.

This is an idiosyncratic rewrite, modernised to fit the current day philosophies. But why must we agree with that, however it is defined, if it can ever be defined? Will it lean towards anarcho-capitalism, classical liberalism, liberal feminism, modern, syncretic, or traditionalist liberalism? Or communism, Marxism, Leninism, or further developments into socialism? But which application: the Cuban, Russian, Swedish, or Chinese? A basic reading into the endless and divergent array of political and economic philosophies produces one conclusion: those wanting to rewrite the Qur’ān are either patently stupid – thinking the only manifestation of thought is their secular thought – or personally dislike Islām’s ideology about as much as its adherents personally dislike theirs.

Outside the realm of Islām (or monotheistic religion altogether), society’s secularists have dealt countless blows to one another over the ages imposing their own secular ideology. Theirs is best suited to govern the world and is the polar opposite to their other secular opponents. If the Qur’ān is ‘reformed’ to suit one ideology, it becomes irrelevant for another. If it is ‘banned’ altogether, would that even help the secular world to settle on the best system without theorising across the ‘right’ and ‘left’ political spectrum?

The world wars in the 20th century and the deaths of around 100 million people is testament to inordinate levels of disharmony in secular political thought. Isn’t trying to synchronise the Qur’ān with either of the ideologies that spurred that magnitude of ‘intolerance’ exactly what would make it intolerant?

In fact, it follows that no two irreligious ideologies have ever agreed on their single main contention with the Qur’ān. This is the clearest proof of the objectivity of the Qur’ān and the subjectivity of its detractors! In other words, if you think the Qur’ān clearly needs changing, first work out what is clearly right, convince us it is clearly right, before telling us what is clearly wrong! In fact, some anti-religious thought, such as Dawkins, holds that it only takes overcoming a taboo for anything to be right, even eating dead human flesh.[5]

The Qur’ān asserts, proves, and challenges others to disprove that it is the unequivocal truth from the Divine, whilst the counter theories of individual secularist (or atheist) thinkers are, at best, different to one another. And two counter ideologies cannot simultaneously be the best:

“What you are promised is certainly true. The Judgement will certainly take place! By Heaven with its oscillating orbits. You certainly have differing beliefs. Averted from it is he who is averted.”[6]

Separating the ‘Sheikhs’ from the ‘Shakes’

The Qur’ān will simply not be changed. Neither its word, nor its intended interpretation. Besides Allāh’s promised divine protection, history testifies to this reality. The Mongols, for instance, wreaked havoc in the Muslim world. Their assault sought nothing less than the total extermination of Islām, and maybe even the world. They were the largest contiguous empire the world has ever seen. They invaded some 16% of the earth, massacred inordinate numbers, and decimated a vast amount of literature. The Muslims’ epochal battle of Ain Jalut was the first time the Mongol advance was permanently halted, and the Muslim Mamluks salvaged the Western world from the Mongolians’ attempt at world domination. But the point is that if Genghis Khan failed to eradicate Islām or the Qur’ān, then Xi Jinping definitely will fail in the same venture.

As nervous as it makes some, there are in fact countless benefits from the attacks against the Qur’ān. For conciseness, let us just take one example. The nature of the Qur’ān is such that the more you study it, the more it convinces and overwhelms. This is ironic because so far as its social code is concerned, the typical criticisms are around its penal code, rights afforded to men and women, and the institution and regulation of Jihad under its state. Out of the entire Qur’ān, these issues end up being studied the most by Muslims on the receiving end of criticism which, in turn, presents to them the compelling acumen behind that jurisdiction. In other words, Muslims have become experts and are particularly equipped to deal with issues at least one strand of secularist thought has raised as contentious.

Recently, I was moved by a verse about legal retribution for a murderer after reading into its Tafsīr. This is partly thanks to the Islamophobic narrative that cannot get enough of repeating the same criticisms and hearing the same answers. The criticism has to do with the Qur’ān endorsing capital punishment for the killer as retribution. In such circumstances, the authority to punish lies squarely with the victim’s family. During the verse’s discourse, however, Allāh emphatically appeals to Ukhuwwah (brotherhood) to encourage amnesty:

“You who have Īmān! Retaliation is prescribed for you in the case of people killed: free man for free man, slave for slave, female for female. But if someone is absolved by his brother (pardoned from retaliation), blood-money should be claimed with correctness and paid with good will.”[7]

In the most heart-rending reminder of Allāh’s mercy, seamlessly weaved into a ‘legal verse’, the murderer of your relative is referred to, not as a ‘murderer’, assailant or enemy, but your sibling. If one were to open the Magna Carta, or any social or legal code in the world, would it, in elucidating punishment, momentarily move off the technical and legal discourse to touchingly appeal to the status of the killer as a sibling? Does the narrative of your human rights even give way to amnesty for the sake of indispensable reward in another world?

Yes, attacks against the Qur’ān have shaken some of the doubtful ‘shakes’ among us off the fence. ‘Shakes’, however, should never think that their doubts will take them into a universe of philosophical certainties. The difference is that Islām would have provided confident answers, had they asked, whilst the alternative secularist plethoric ocean of questions the shaker ends up in wouldn’t. After all, a philosophy that cannot answer the question of why we exist will clearly fail to provide a convincing narrative on how we should exist!

But more importantly, these attacks have also created ‘Sheikhs’ who are not sitting on the fence. A new breed and calibre of certain Muslims (with yaqīn, intellectual certainty), which is refreshing. If it were not for the unrelenting attack on Islām they would have remained ordinary, like a drop in the ocean. Maybe they would not have studied the Qur’ān’s nuances, subtleties, and profound sciences, nor would they have grasped some of its endless beauty nor shared them with others. And if certainty is pervading our hearts concerning the ‘contentious’ verses in particular, how then of the others?

Let us thank Allāh for the contentment and delight of Islām, and ask Him to guide humanity to His Light.