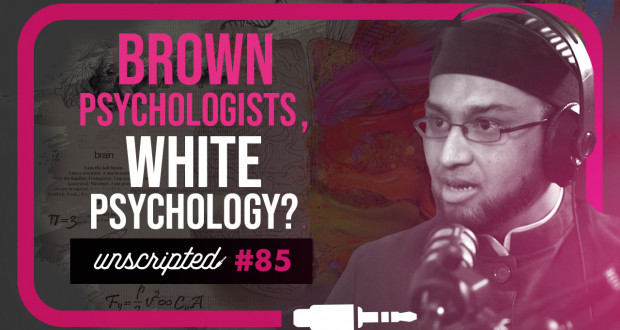 The Problem With “Mental Health” | Imam Abdullah Hasan on Unscripted #85

In today’s Unscripted episode, Imam Abdullah Hasan talks about his mission to get Muslims to unlearn colonial psychology.

What is the dark side of psychology? What is decolonial psychology? What’s the problem with the “mental health” discourse in the public domain? What can Muslims do to fix it?

Previous: Mohamed Morsi: Remembering the Egyptian President two years on
Next: Myanmar Junta up to same old tricks by burning down village of Kin Ma

Imam Abdullah Hasan graduated with an Imam Diploma, BA, and Ijaza Aliyah in Islamic Studies from a European Islamic seminary, before studyinh Chaplaincy at the Markfield Institute of Higher Education. He is a Licensed Islamic Professional Counsellor, specialising in youth and marriage therapy. He served as an Imam in several Muslim communities in the UK and is a member of the National Council of Imams & Rabbis. He is also the founder of British Imams and Scholars Contributions & Achievement Awards (BISCA), British Institutes, Mosques & Association Awards (BIMA), and Imams Against Domestic Abuse (IADA), an international coalition of leaders to end domestic abuse.