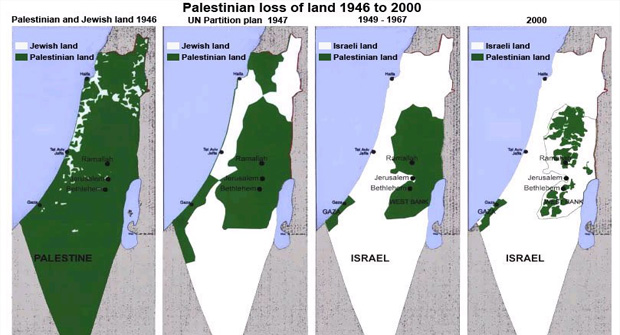 The past is never dead. It’s not even past.
William Faulkner, Requiem for a Nun

The tragedy of Gaza today and of Palestine more broadly is a tragedy of forgotten histories. The world has forgotten that Israel is a colonial state. It is both born of a colonial past and practices a colonial economy when it comes to human life. For it, Palestinians are expendable while Jewish Israeli’s (and the distinction is important so as to account for the dire state of Palestinian Israelis) are more than mere citizens; they are God’s chosen people. As if to illustrate that God Himself is party to their devilish disregard, they bomb from the air – avenging one Israeli death by causing 225 on the Palestinian side.1

In the midst of all of this, reports seem to forget that Palestine is an occupied territory and whether Gaza – pedantically speaking – is occupied or not, the Palestinian mind as a whole is occupied. As the most crowded region in the world, hemmed in by Israel and constantly at its mercy for electricity and water, the occupation is not merely physical but mental.

It is in essence a terrorism of the imagination as much as one enacted in physical terms. Framed in this way (too outside the parameters of the sanitized narrative which the mainstream media feels comfortable in propagandising) Israel’s latest military action echoes the brutality of the Jallianawalla Bagh massacre under British colonial rule in India in 1919. The infamous General Dyer sought to teach the unruly locals the might of British Imperial power and thereby re-instil in them a fear and awe of its authority. Today, Israel seeks to do just that and although the news reels report faithfully the ‘other’ side of the story – namely the rockets that ‘terrorise’ the Israeli settlements which border Gaza – few newscasters attempt to rectify the implied causality this evokes when it comes to Israel’s murderously disproportionate response. As in the case of British India, Israel ought to remember,

…repression and terrorism have never yet killed the life of a nation; they but increase the disaffection and drive it underground to pursue an unhealthy course of breaking out occasionally into crimes of violence. And this brings further repression and so the vicious circle goes on. No one can but deplore violence and political crime. But let us not forget that this is the direct outcome of continued repression.2 (My emphasis)

And it is repression of the Palestinians that has been taking place from the beginnings of Zionist incursions into Palestine, which go back as far as the late nineteenth century. In 1905 Kaymakam of Nazareth wrote an open letter to Turkish authorities to draw their attention to the Jewish settlers, who not only did not mix with Muslims but also maintained a policy of buying goods only from Jews and keeping their wealth in foreign banks, as well as flying their own flags and singing their own national anthem. Though much of this was far from being criminal and seemed largely inconsequential to the Ottomans – as it may well do to us – it alludes to a pathology of disdain for the local population of Palestine in a manner that foreshadows not only Israel’s present attitudes but the words of a leading British Zionist, Chaim Weizmann, whom Muhammad Asad met in 1922. When asked about the Arabs who were the majority population in Palestine, Weizmann’s response was, ‘We expect they wont be in a majority after a few years’.3 For the Zionist forefathers of Israel, Palestine was seen as ‘an empty desert waiting to burst into bloom; such inhabitants as it had were supposed to be inconsequential nomads possessing no real claim on the land and therefore no cultural or national reality’.4

This argument has been a staple part of Israel’s narrative since the early days of its establishment. What it has attempted to do is ‘unwrite’ the past of the Palestinians and in its place inscribe its own Judaic/Talmudic history. In this way land in Palestine has become both a geographical and culturally-symbolic space. But the land functions in yet one more way. If one looks into the history of the land as a legal and bureaucratic object one begins to see a specific colonial opportunism emerge in Israel’s politics, something that has long since been replaced in its national imaginary with a theological narrative. Land under the Ottomans was generally divided into four types – Mulk, Waqf, Metruke, and Miri which was most prevalent in Palestine.

Miri land covered such things as plains and valleys and was generally owned by the state with certain right of use given to farmers with the concession that it could be past down from to generation according to Muslim law. If, however, the land was uncultivated for a period of five years or in the event of there being no heirs then the land would become state-controlled with the intention of redistribution. As it happens, this process – according to Elia Zureik – never occurred either under Ottoman rule or the British occupation. However, the Israeli government invoked this categorisation post-1948 to justify confiscation of Palestinian lands either when the occupant was an absent refugee or one who had been unsuccessful in registering the land to his name under the British mandate. Fearing transcription into the Ottoman army or in avoidance of tax, many farmers registered their land with Turkish authorities under false names which meant that by the time the British occupied Palestine and went about renewing registrations, many peasants’ claims were rejected and thus under the Israeli rule, many were unable to show documentation for what they had been tilling for centuries.5

Today, Israel bulldozes Palestinian houses in the occupied territories with the same kind of colonial bureaucratic logic, all the while presenting a benign face of a beleaguered democracy in the midst of belligerent Muslims. The old colonial practice where a terrorising colonial power portrays itself as the terrorised is central to Israel’s public face. This mask must be pulled, as it had to be done with the European Empires of old because:

While they may be displaced, distorted, and (most often) denied, the capacities that inhere within the colonial past are routinely reaffirmed and reactivated in the colonial present.’6