Sarkozy’s Values & the Honour of Women 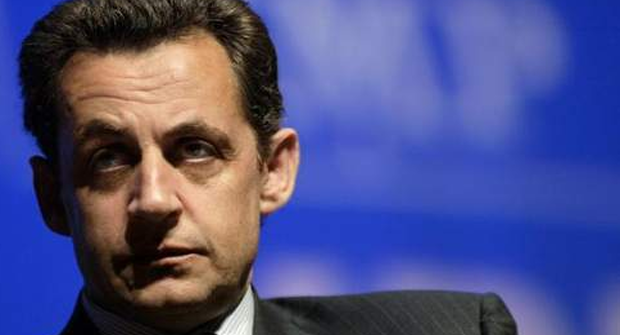 On the 22nd June 2009 French President Sarkozy announced that the Burqa is incongruous with French values. He said “In our country, we cannot accept that women be prisoners behind a screen, cut off from all social life, deprived of all identity,” Sarkozy continued “The burqa is not a religious sign, it’s a sign of subservience.”[1]

Despite Sarkozy’s political opportunism, his ideological contradictions expose his conscious ignorance, and some may say, out right hatred for the Islamic way of life. Sarkozy who advocates and propagates liberal secularism has forgotten his intellectual heritage. Liberal secularism rests upon the premise of individualism, in other words, viewing the self – the human being – as an abstract entity divorced from social attachments. Two key values are built from this premise, individual freedom and individual rights. According to individual freedom, also explained as freedom of choice, the Burqa shouldn’t be a problem and should be tolerated under French liberal values. So why the contradiction?

Sarkozy is a liberal secular ideologue who doesn’t want to understand or discuss the Islamic way of life. The Islamic way of life is not based upon the false premise of individualism, rather it views the human being as an entity with social links and obligations. This correct view on mankind develops and builds sublime values, which include honouring and protecting women.

In the Sarkozy paradigm these values do not exist hence he wants to fight against their emergence, even if it means contradicting his own ideological beliefs. For example in a liberal secular context, individual freedom allows and, in the case of Sarkozy (his wife is an ex-nudist model), promotes pornography. However pornography has been shown to facilitate rape. According to academic research by Diana E. Russell in her publication ‘Pornography & Rape: A causal model’ she states,

“ My theory about how pornography – violent and non-violent – can cause rape…drawn on the findings of recent research….I believe there are many factors that play a causal role in this crime. I have not attempted here to evaluate the relative importance of these different causal factors, but merely to show the overwhelming evidence that pornography is a major one of them”[2]

In this study journals and academic research were cited which concluded that 56% of rapists implicated pornography in the commission of their offences, 66% of rapists claimed they were incited by pornography and 30 % of college students would rape if they could get away with it.[3]

Sarkozy’s world view would not ban or criminalise pornography. This is because society itself is not considered or taken into account due to the core value of ‘individual freedom’. As a result Sarkozy’s values have contributed to the increase in sexual crimes in France. There are more than 25,000 rapes a year in France alone, and before Sarkozy points the finger at the Muslims or immigrants, 91% of those convicted are of French nationality.[4]

France is not alone in failing to protect and honour women either, in the UK 167 women are raped everyday[5] and in the US a woman is raped every 6 minutes and battered every 15 seconds. [6]

However in Islam, pornography is banned and is viewed as a dishonor to women. Islam protects women by honoring and providing mechanisms in its social model to protect them. The noble Qur’an highlights the immense responsibility men have towards women. The Qur’an says “Men are qawwamoona over women”[7]. The key word here is qawwamoona which comes from words such as qiwaamun meaning means of support, qaama almarata meaning he undertook the support of the woman, qaama alaiha meaning he looked after her, and qaama bihi he supported it. Therefore the Qur’an tells society to look after, protect and honour women.

But Sarkozy would rather flaunt that his wife was an ex-nudist model.